This afternoon activists from PFAW and ally groups participated in a petition delivery at the White House calling on President Obama to issue an executive order requiring corporations that receive government contracts to disclose their political spending. More than 550,000 petition signatures were delivered in support of this executive order, collected by a collaborative effort of more than 50 organizations. 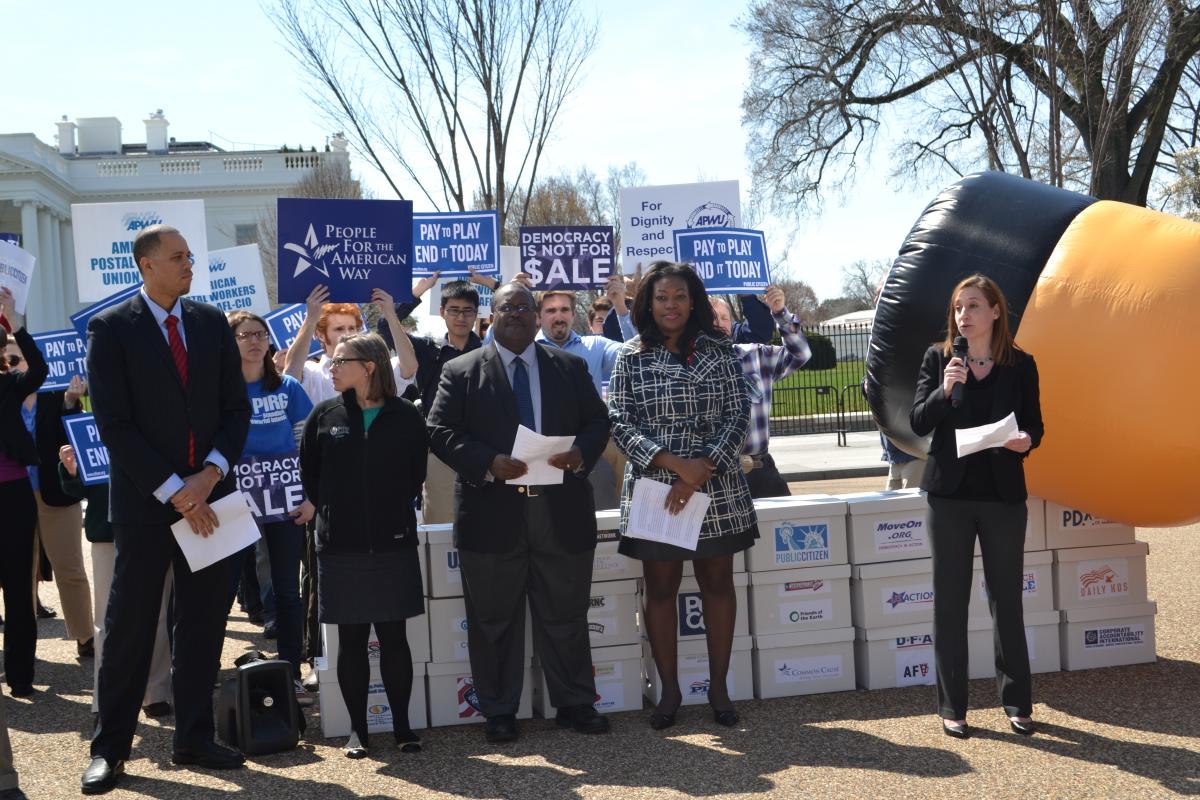 In addition to leaders from organized labor, civil rights, environmental and consumer protection groups, PFAW Director of Outreach and Public Engagement Diallo Brooks (pictured below), was one of the individuals to speak at the event. Highlighting the fact that transparency is essential to accountability, Mr. Brooks and other speakers reiterated the strong message sent by the half a million petition signers. 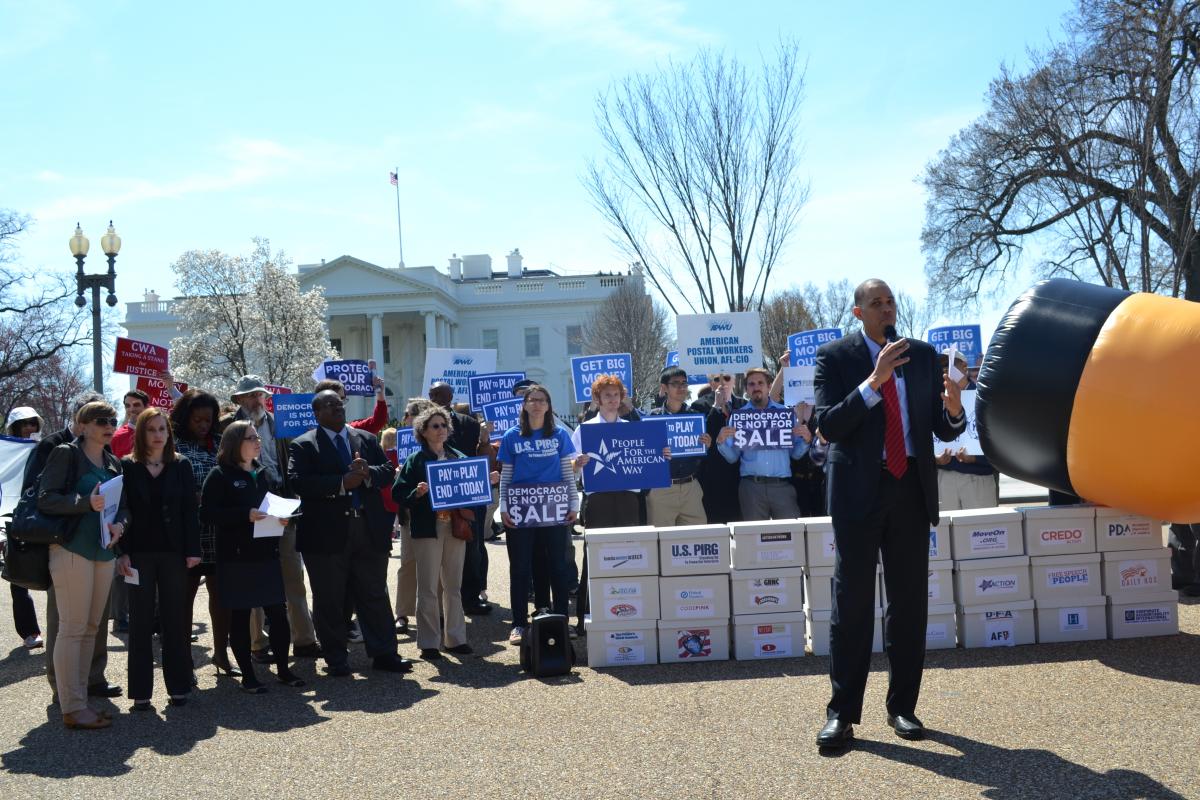 President Obama has shared his support for reform on numerous occasions. Most recently, in his State of the Union address this January, the president called attention to the issue by speaking out against “dark money for ads that pull us into the gutter.” Obama went on to call for a “better politics.” 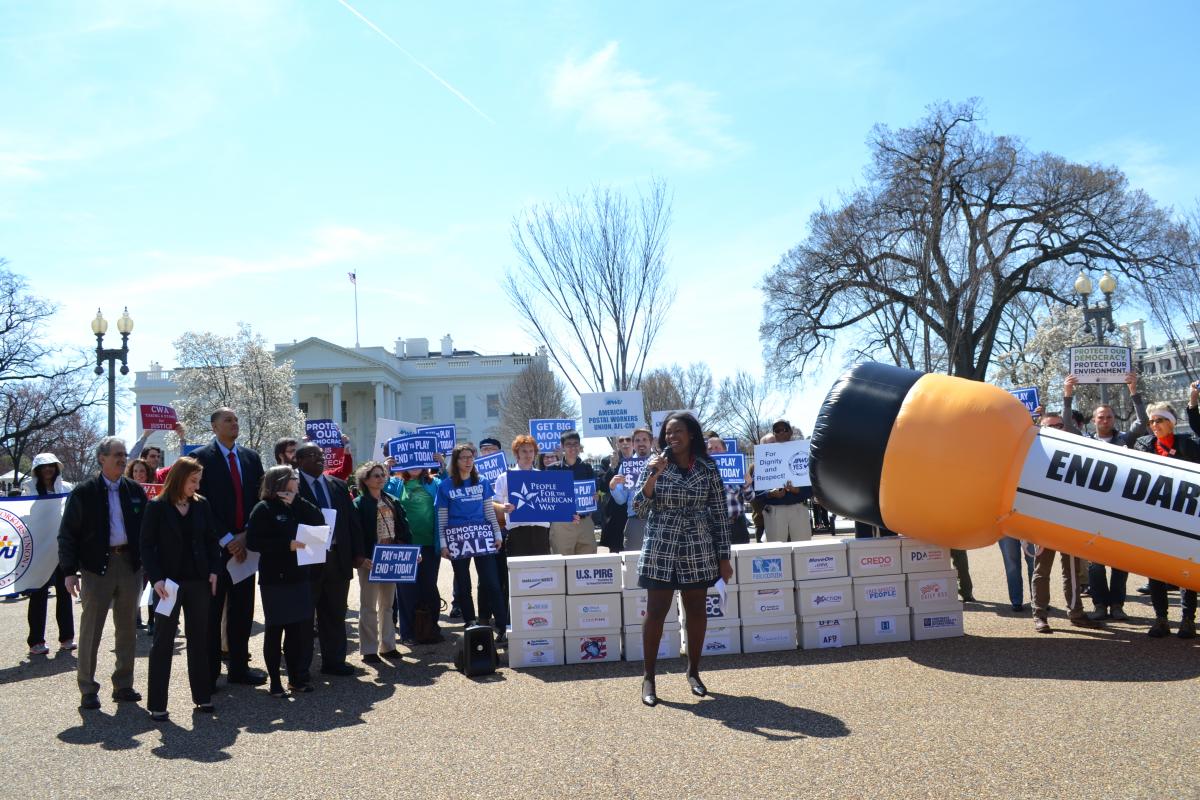 Rallies like the one held in Washington today also occurred in nearly 60 cities across 28 states, all encouraging the president to use his authority and issue an executive order to help bring about that “better politics.”

Have you added your name to the petition yet?