Illuminating Rick Santorum and the Religious Right’s Vision for America

Last weekend, People For the American Way’s Right Wing Watch captured video of prominent Louisiana pastor Dennis Terry introducing Rick Santorum at an event with an incendiary sermon in which he insists that those who don’t believe that America is a Christian nation “get out” of the country.

The video quickly went viral, and Santorum was forced to distance himself slightly from Terry’s remarks, saying “I didn’t clap when he said that.”

As PFAW Senior Fellow Peter Montgomery wrote in a column for the Huffington Post, the incident illuminates the Religious Right worldview that Santorum and supporters like the Family Research Council’s Tony Perkins – himself a parishioner of Terry’s – embrace:

While the media may understandably focus on Santorum’s garbled economic message, his Sunday evening appearance is worth a longer look — for what it tells us about Santorum and the Religious Right movement that is propelling his campaign.

The church at which Santorum appeared is Baton Rouge, La.’s Greenwell Springs Baptist Church, which Family Research Council President Tony Perkins describes as his home church. Perkins, in fact, was introduced at the event as a "dear friend" of Pastor Terry and as a church elder. Perkins, whose FRC has been designated a hate group by the Southern Poverty Law Center for relentlessly promoting false and malicious propaganda about LGBT people, said of Greenwell Springs Baptist, "there is not a better church in the United States of America than right here." So in Perkins’s mind, there is no better congregation than the one that applauded wildly at Pastor Terry’s "Christian nation" assertions and his seeming suggestion that people who do not worship Jesus Christ should find some other country to live in.

Peter discussed his column and the Religious Right movement behind Santorum’s candidacy in an interview with TruthDig radio in Los Angeles yesterday. You can listen to the interview here. 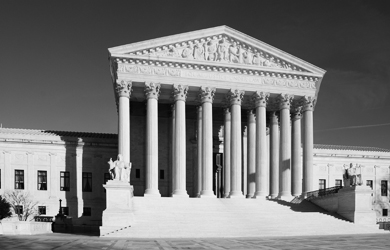 Don’t Be Fooled: Marco Rubio And Rick Santorum Are Two Of A Kind