Incendiary Rhetoric on the Far Right Drives Violence Across the Country 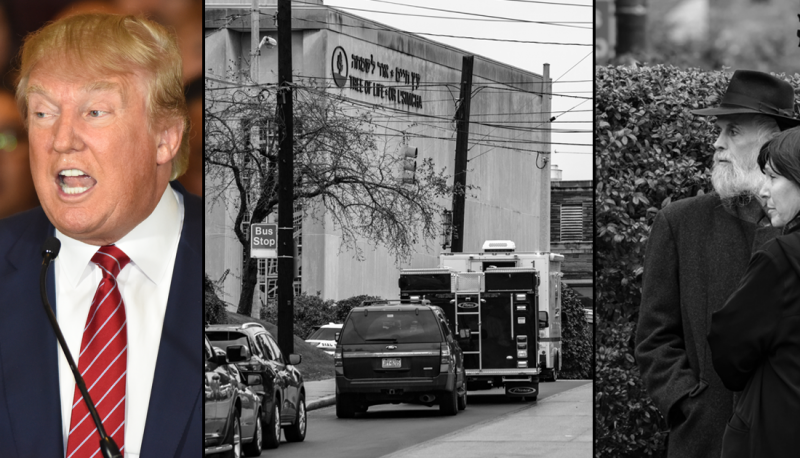 In the run-up to historic midterm elections, America is reeling from a spate of extremist violence.

Unfortunately, it appears that bigoted rhetoric, fear-mongering about white victimhood, and right-wing media-promoted conspiracy theories have metastasized into hate-driven violence that has cost American lives.

A racially-motivated shooting in a Kentucky supermarket that took the lives of two African Americans, where the killer apparently first attempted, unsuccessfully, to target a Black church…

A hardcore Trump supporter accused of mailing bombs to high-profile Democrats, Trump critics, and a target of the Right’s bigoted conspiracy theories…

And, most recently, a shooting at a Pittsburgh synagogue that left 11 members of that city’s Jewish community dead, making it the largest mass killing of Jews in American history. All signs point to the shooting being fueled by anti-Semitic, right-wing conspiracy theories. And as we noted in our statement following that senseless tragedy, the killer was apparently motivated to attack these particular people because they had recently expressed their love and support for refugees–a position that was once a cherished, even sacred ideal in this country.

In recent years the dramatic increase in right-wing rhetoric has driven conspiracy theories at a breathless pace. Delivering an onslaught of racist anti-immigrant tropes, attacks on minority groups, and casting political opponents as villains intent on destroying the country.

This hate has been well documented over the years and has seemingly ramped up in recent weeks as the midterm elections approach. It has crept into multiple campaigns throughout the country, perhaps most notably in the Florida gubernatorial campaign, that has seen racist robocalls and the Jewish Outreach Chairman of the Republican candidate caught mingling with a hate group leader.

And yet the Far Right attempts to distance themselves from these acts of violence, often questioning whether the act of violence is “real” or just a “false flag” operation intended to distract voters in November; or later, attempting to downplay the extreme Far Right beliefs of the suspects. Some on the right even go so far as to tell progressives that they are the ones who should tone down their “inflammatory rhetoric.”

Make no mistake, this dangerous rhetoric on the Far Right will continue to be exploited by the Republican Party for their own gain throughout and after the elections as they continue to advocate for policies driven by fear and hatred. It’s up to us to keep exposing and pushing back on the inflammatory rhetoric that has resulted in multiple acts of violence and ensure that progressives turnout to vote and hold their elected officials accountable.