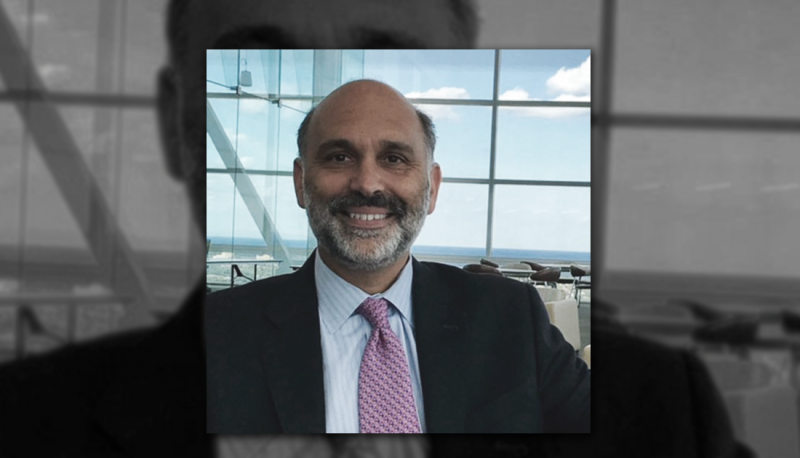 On December 20, President Trump nominated Gordon Giampietro to a seat on the U.S. District Court for the Eastern District of Wisconsin. Senator Tammy Baldwin has yet to return her home-state blue slip on this nomination—with good reason. Giampietro failed to provide his full record to the in-state nominating commission, which includes terrible and offensive statements that he made showing his deep animus for LGBTQ people. People For the American Way was among forty organizational allies that wrote to the Senate on March 21 to oppose Giampietro’s nomination and urge that it be withdrawn. You can download our letter, with footnotes, here.

We, the undersigned 40 national, state and local advocacy organizations, representing the interests of lesbian, gay, bisexual and transgender (LGBT) people and everyone living with HIV, write to oppose the nomination of Gordon Giampietro to the U.S. District Court for the Eastern District of Wisconsin. Through his words and actions, Mr. Giampietro has disqualified himself from any position of public trust. In particular, his brazen contempt for LGBT people renders him unfit for a lifetime appointment to the federal bench. We urge you to demand that his nomination be withdrawn.

Mr. Giampietro seems to combine the worst traits of two previously withdrawn nominees. Like Jeff Mateer, whose nomination failed to move forward because of his transphobic and homophobic speeches, Mr. Giampietro has repeatedly broadcasted his hostility toward LGBT people and rights. And like Brett Talley, who failed to disclose relevant information on his Senate questionnaire, Mr. Giampietro withheld key materials on the application he filed with Wisconsin’s Federal Nominating Commission.1

Mr. Giampietro has repeatedly expressed his animus towards LGBT people. In a July 2014 radio interview, Mr. Giampietro publicly denigrated marriage equality as “an assault on nature” that would undermine the “very idea of marriage” by reducing marriage to “the sex act.”2 Asked if legalizing same-sex marriage would open the door to a brother and sister being married, he replied, “Why not?”3 From there, Mr. Giampietro’s remarks turned from repugnant to unhinged as he warned listeners that the federal government could force Americans to have abortions if the Hobby Lobby decision turned out differently than it did.4 These comments alone are cause for demanding that his nomination be withdrawn.

Mr. Giampietro returned to the radio a month after the Supreme Court recognized a nationwide right to marriage equality in Obergefell v. Hodges to ridicule the decision and extol the superiority of heterosexual people over same-sex couples and their families. In this interview, Mr. Giampietro declared that it was “irrefutable” that children are best raised by a heterosexual couple, and described same-sex relationships as “troubled”—despite overwhelming social science evidence and legal precedent to the contrary.5 He said: “No one would disagree with the fact that children, all the social science research shows this, are best raised by a man and a woman. This is natural, this is the truth, and it’s irrefutable.”6 These words demonstrate Mr. Giampietro’s categorical disregard for the families of same-sex couples. The Supreme Court in Obergefell was concerned that “[w]ithout the recognition, stability, and predictability marriage offers, [same-sex couples’] children suffer the stigma of knowing their families are somehow lesser.”7 Mr. Giampietro’s public comments are precisely the sort that contribute to the stigma to which Justice Kennedy was referring, and are unbecoming of someone who could find himself in a position of adjudicating the civil rights of the very community he has denigrated.

Mr. Giampietro has left no doubt that he would be willing to use the federal bench to curtail LGBT protections. He has said that the Court’s decision in Obergefell was “worse” than Roe v. Wade “because of the damage it does to civil society,”8 and characterized it as “an assault on the conscience rights of all Americans.”9 Mr. Giampietro also demonstrated his disrespect for judicial precedent and showed he is not a fair-minded constitutionalist when he urged people to “ignore Justice Anthony Kennedy’s opinion, because it’s not really legal reasoning,” and added that Justice Kennedy “went off the rails years ago” with his 2003 opinion in Lawrence v. Texas, which struck down Texas’s sodomy law.10 Any suggestion that Mr. Giampietro is committed to following constitutional precedent or dispensing fair and impartial justice is belied by his own words.

In addition to our deep concerns over Mr. Giampietro’s vitriolic and incendiary anti-LGBT rhetoric, it is equally troubling that Mr. Giampietro failed to disclose these interviews on the application he submitted to Wisconsin’s Federal Nominating Commission. Mr. Giampietro also failed to disclose a comment he published stating that “calls for [racial] diversity” are “code for relaxed standards (moral and intellectual).”11 When pressed by journalists regarding why he omitted these materials, Mr. Giampietro said that he did not include them because he did not see them as relevant or necessary.12 Ms. Barbara Quindel, a member of Wisconsin’s bipartisan federal nominating commission who considered his application, however, stated that, had the commission known of these comments during the process, Mr. Giampietro’s name would not have been advanced.13 Ms. Quindel added that any suggestion that Mr. Giampietro was not obligated to disclose these materials to the commission during the application process seems “preposterous.”14

Mr. Giampietro’s appointment to the bench would cause grave harm to the LGBT community, as well as many other communities who rely on the federal judiciary to administer fair and impartial justice. Unlike attorneys who seek to claim that they were merely advancing the views of their client, Mr. Giampietro has expended significant personal effort to promote discrimination against LGBT people. And his derogatory statements about vulnerable minorities make Mr. Giampietro demonstrably unfit for a job as a federal judge. More than just a lack of knowledge and temperament, Mr. Giampietro’s comments reveal a level of ideological fervor that is incompatible with judicial service. We urge you to demand that Mr. Giampietro’s nomination be withdrawn.

Thank you for considering our views on this important issue. Please do not hesitate to reach out if we can provide additional information. You can reach us through Sharon McGowan, Director of Strategy for Lambda Legal, at smcgowan@lambdalegal.org.