On Thursday, PFAW members joined MoveOn.org, Kentucky AFL-CIO, and other activists to protest Sen. Mitch McConnell’s pro-corporate agenda outside of a high-dollar fundraiser for the senator featuring Mitt Romney. The exclusive event was priced at $1,000-$5,000 a ticket.

Activists, standing up against big money in politics, called for Sen. McConnell to listen to Kentuckians and not just to the billionaires and corporations that fund his politics. They held signs that read “Ditch Mitch” and “Corporations are not People.” 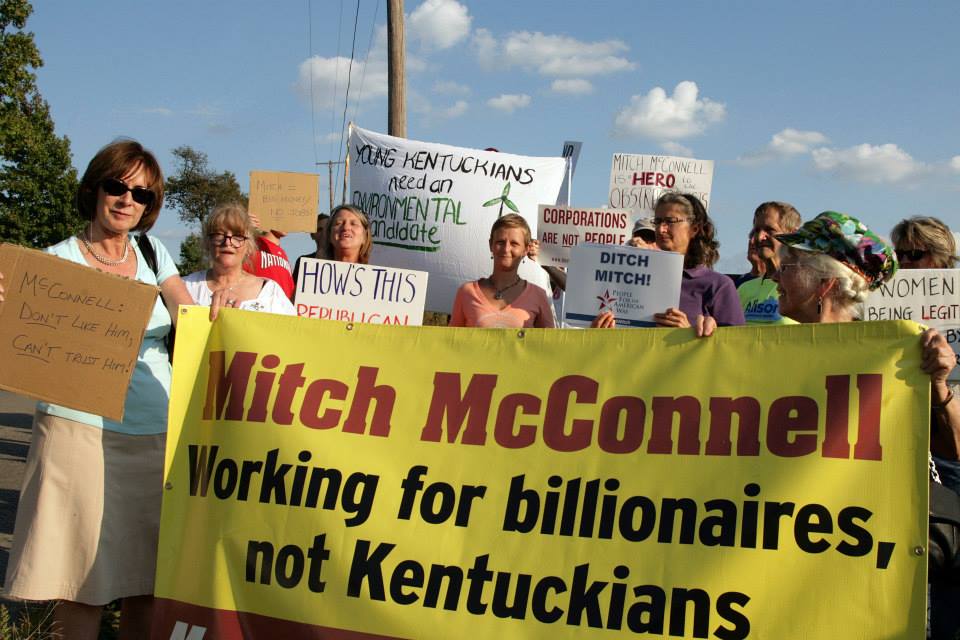