Read our letter to the Judiciary Committe

One of the several concerns that have been raised about Sixth Circuit nominee Amul Thapar centers on a case in which he used a severely flawed First Amendment analysis to strike down Kentucky’s ban on state judicial candidates contributing money to political organizations or candidates. In Winter v. Wolnitzek, Thapar applied strict scrutiny (the highest possible standard) to the prohibition, even though the Supreme Court has stated repeatedly that restrictions on campaign contributions are subject to a lesser level of scrutiny. (His opinion was reversed by a unanimous three-judge circuit panel.)

At his confirmation hearing this morning, Sen. Amy Klobuchar asked him whether he still believed that strict scrutiny was the appropriate level of review for the contribution ban. He responded that he had based his ruling on Williams-Yulee v. The Florida Bar, in which the Supreme Court had applied strict scrutiny to—and upheld—a prohibition on judicial candidates personally soliciting campaign contributions.

I looked at Williams-Yulee, where nine [justices] applied strict scrutiny to judicial canons, including solicitation canons. If you look at the next section of my opinion, and I discuss [a ban on judicial candidates endorsing political candidates], and I discuss the problem with quid pro quo corruption if a judicial nominee is seen as [exchanging endorsements in return for favors], and I see that as something that is a significant … issue. That’s why I upheld those canons.

But in quid pro quo or solicitations, Chief Justice Roberts, speaking for all nine, all nine agreed that strict scrutiny applied.

In fact, only seven of the justices agreed on strict scrutiny in that case. But this factual error was not the main problem with this response, as Sen. Klobuchar observed: 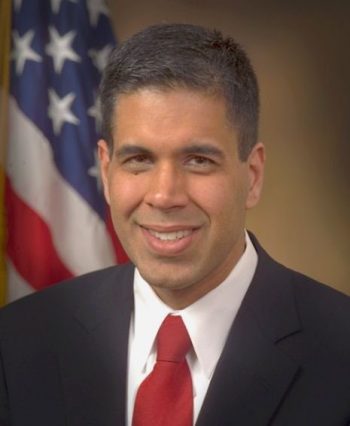 Sen. Mazie Hirono followed up on the exchange, asking the nominee if he would have applied strict scrutiny had the case been about non-judicial candidates. He responded that he hadn’t done enough research on the issue to know. He gave the same response when Sen. Hirono posited that many existing contribution limits might not survive strict scrutiny.

Indeed, as we pointed out in a letter to the Judiciary Committee expressing concerns about Thapar, multiple Supreme Court precedents have explained that limits on campaign contributions are subject to a lower level of scrutiny. The Court has stated that contribution limits merit less scrutiny than expenditure limits because they still allow the symbolic expression of support through a contribution without infringing the contributor’s freedom to discuss candidates or issues. This goes back to the 1976 Buckley v. Valeo decision and is a fundamental component of existing First Amendment law.

Sens. Klobuchar and Hirono are to be commended for asking Judge Thapar about this important issue. Unfortunately, his response is less deserving of commendation.