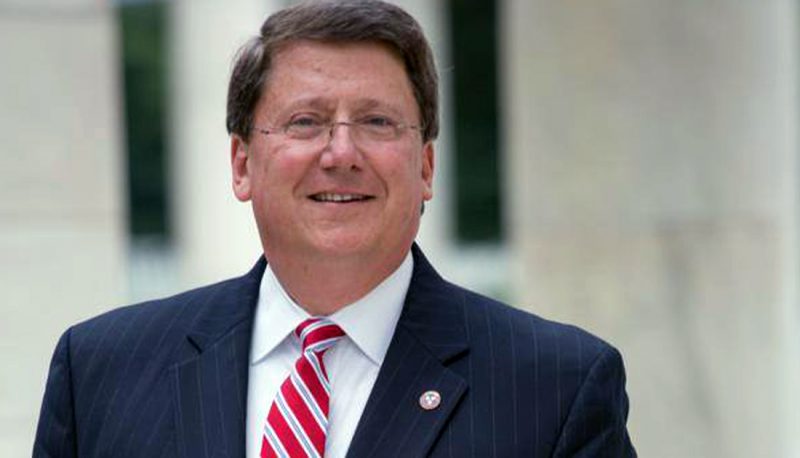 On July 13, President Trump nominated state Sen. Mark Norris to a seat on the U.S. District Court for the Western District of Tennessee. The Senate Judiciary Committee is holding Norris’s hearing on Wednesday, November 1. People For the American Way sent the following letter to committee members to express our opposition to the Norris nomination. You can download this letter here.

On behalf of the hundreds of thousands of members of People For the American Way, I write to express our opposition to the nomination of Mark Norris to a seat on the U.S. District Court for the Western District of Tennessee.

Norris has been a state senator in Tennessee since 2000, and the Senate Majority Leader since 2007.  Politics is not a disqualification from the federal bench.  Indeed, political figures have effectively transitioned into federal judges in the past.  But—assuming that Norris did not support legislation he believed to violate the United States Constitution and deprive target populations of their rights—the positions Norris took as a legislator indicate an interpretation of our Constitution and our laws that does not guarantee equality to all people.  Additionally, he has made statements and advocated policies that have so loudly proclaimed certain people as outsiders in our society, that many parties could not have confidence of standing as equals in his courtroom.

Norris has made clear what he thinks of LGBTQ Tennesseans: They are unworthy of legal protection.  When Nashville’s elected officials adopted an ordinance prohibiting the city from doing business with companies that discriminate on the basis of sexual orientation or gender identity, Majority Leader Norris was among those supporting the successful legislative effort to nullify the Nashville law and to prevent cities from passing laws protecting LGBTQ people.

His animus extends to rebuking the authority of the Supreme Court and the judicial branch altogether.  After the Obergefell decision recognized complete equality of marriage rights for same-sex couples, Norris and other anti-gay legislators actually intervened in a lesbian couple’s divorce and custody proceeding, arguing against treating them as a married couple for purposes of interpreting state child custody laws.  But it was the judiciary that rebuked Norris and his colleagues, when the trial judge called this “an attempt to bypass the separation of powers provided for by the Tennessee Constitution.”

Sen. Norris has also made himself into a protector of monuments designed to promote white supremacy and instill fear in the African American population.  Memphis’ elected officials changed the name of three parks so they would no longer honor the Confederacy or the founder of the Ku Klux Klan.  In response, the state legislature passed a bill making it far more difficult to remove Confederate names and statues from public spaces, an effort that Norris supported.  Although the law’s text covers all historic memorials and names, the intent to honor the Confederacy and Jim Crow in particular and protect the state’s symbols of white supremacy was clear.

Nor could Latinos have failed to get the message when Sen. Norris could not bring himself to support a simple resolution honoring Nashville activist Renata Soto for being named Chair of the Board of Directors of the National Council of La Raza.  Such resolutions are adopted frequently.  But in this case, Norris had it pulled from the floor before a scheduled vote, stating that some of his majority-party colleagues opposed honoring NCLR due to its work supporting the rights of undocumented immigrants.  Norris asked the sponsor to remove any mention of NCLR, which the sponsor would not do.  The measure then failed in a floor vote in which Norris abstained.

Sen. Norris also sponsored a bill to permit enhanced penalties for state criminal defendants who are deemed by the trial judge to be in the country unlawfully.  This essentially makes being an undocumented immigrant a state crime, which a state may not do: Only Congress has the authority to make that status criminal, and it has chosen not to.  In addition, Congress has not delegated to the states the right to determine whether an alien’s presence in the United States is lawful.  But lawful or not, the message was clear.

Muslims, too, have had the misfortune of being marginalized by Norris.  For instance, he led an effort to stop the federal government from resettling Syrian refugees in Tennessee.  He posted online material linking the mostly Muslim refugees with ISIS terrorists and urged a lawsuit against the Obama administration to “keep Tennessee safe.”

It is worth repeating: Although Norris was acting as a legislator rather than a judge in all these situations, he was nevertheless making clear his fundamental belief that not all people in the Volunteer State are created equal.  In his eyes, there is “us” and there is “them,” and millions of people in the state are part of “them.”

Such a vision of our society would be toxic in a federal courtroom.

We urge senators to oppose the nomination of Mark Norris to be a district judge in Tennessee.