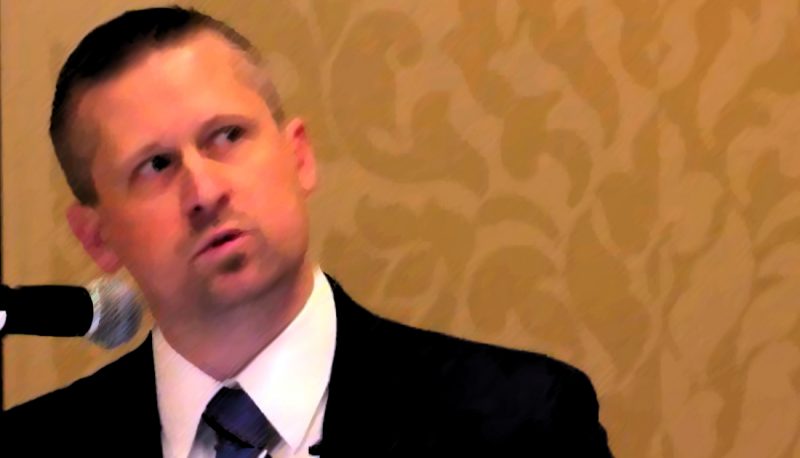 On September 7, President Trump nominated Matthew Kacsmaryk to a seat on the U.S. District Court for the Northern District of Texas. The Senate Judiciary Committee has scheduled Kacsmaryk’s hearing for December 13. In addition to joining a letter sent by reproductive rights, health, and justice organizations, People For the American Way sent its own letter to committee members to express opposition to the Kacsmaryk nomination. You can download the PFAW letter here.

On behalf of the hundreds of thousands of People For the American Way members across the United States, I write to express our opposition to Matthew Kacsmaryk’s nomination to a seat on the U.S. District Court for the Northern District of Texas.

Kacsmaryk holds legal views that are strikingly at odds with the constitutional ideal that under the law, we are all equal. His career demonstrates a deep animus toward LGBTQ people that goes far beyond personal beliefs and extends into public policy and the law.

Kacsmaryk is currently the deputy general counsel at First Liberty Institute (FLI), a Religious Right legal group that promotes the deceptive propaganda that conservative Christians are being persecuted. Both he and the First Liberty Institute have opposed extending anti-discrimination protection to LGBTQ people in areas including labor rights, hospital patient rights, fair housing, and programs helping women under the Violence Against Women Act. All these and more clearly reflect a belief by Kacsmaryk that such deprivations are lawful.

In addition, his own writings serve as an excellent way to determine his approach to the law. For instance, in an article entitled “The Abolition of Man … and Woman,” posted on June 25, 2015, in the National Catholic Register, Kacsmaryk wrote:

In this century, sexual revolutionaries are litigating and legislating to remove the fourth and final pillar of marriage law: sexual difference and complementarity. The campaigns for same-sex “marriage” and “sexual orientation” and “gender identity” (SOGI) legislation share a common legal theory: Rules predicated on the sexual difference and complementarity of man and woman are relics of a benighted legal regime designed to harm “LGBT” persons, or at least deny them “full equality.”

This is in his introduction, and he makes it clear that he is expressing a legal view, not only a personal one. This paragraph is dripping with contempt, if not outright animus, and betrays a disbelief or complete misunderstanding of the reality of LGBTQ people—not only of their experiences, but of their very existence. His use of quotation marks in an article about the law around the word marriage when used for same-sex couples, as well as with the term LGBT, convey deep contempt. His quotation marks reduce sexual orientation and gender identity to made-up concepts with no bearing on reality. He clearly believes that they should have no place in the law.

But these concepts do exist. These people exist. And laws recognizing their existence are not invalid, nor are they attacks against anyone else.

Kacsmaryk’s vision of the law is not just based on false premises. It also clearly springs from animus. In his 2015 article “The Inequality Act: Weaponizing Same-Sex Marriage,” Kacsmaryk gives a bitter and distorted view of the decades-long movement to end legal restrictions on divorce, abortion rights, and LGBTQ equality. He portrays its leaders as “sexual libertines” acting on the basis of “elitist postmodern philosophy.” And the movement:

In our judicial system, avoiding the appearance of bias is just as important as avoiding actual bias. In order for the federal courts to have legitimacy in the eyes of litigants and the American people, we must have confidence that judges are treating everyone fairly.

It is important to make clear that Kacsmaryk’s religious beliefs are not at issue: federal judges, like everyone else in the United States, have the First Amendment right to the free exercise of religion. That same First Amendment also includes the Establishment Clause, which constrains individuals’ ability to impose their religious beliefs on others and in the civic realm through the power of government. Those constraints are particularly substantial for judges, due to the very nature of the judicial branch.

The same concerns arise with abortion rights, as well as the right to use contraception. In “The Abolition of Man … and Woman,” Kacsmaryk writes with disapproval:

He goes further in “The Inequality Act,” where he rejects the legal view that the Fourteenth Amendment protects rights that are not explicitly enumerated, such as abortion:

On January 22, 1973, seven justices of the Supreme Court found an unwritten “fundamental right” to abortion hiding in the due process clause of the Fourteenth Amendment and the shadowy “penumbras” of the Bill of Rights, a celestial phenomenon invisible to the non-lawyer eye.

Kacsmaryk rejects the idea that the Fourteenth Amendment protects the right to abortion, the right to use contraception, and apparently the fundamental premise that it protects privacy at all.

His legal views of privacy issues and LGBTQ equality (and even dignity) are at odds with the law and seem shaped by his personal views. He is free to try to change our laws to fit his personal preferences as an advocate and as a voter. But he is not free to do so as a judge. And he has made it impossible for litigants to think that their rights are being fully protected by a disinterested judge.

Therefore, we urge you to oppose the confirmation of Matthew Kacsmaryk to be a federal district court judge.