Today the United States Postal Service releases its highly-anticipated Harvey Milk stamp, memorializing the LGBT equality pioneer on what would have been his 84th birthday. Evan Low, a Campbell, California city councilmember and participant in PFAW Foundation’s Young Elected Officials Network, is expected to join other trailblazers at the White House dedication ceremony.

Councilmember Low had this to say last November in marking the 35th anniversary of Milk’s tragic assassination:

In 2009, I became the youngest openly gay mayor as well as the youngest Asian-American mayor in the country. Some journalists wrote about how I was making history, but I like to point out that I was preceded by a number of other courageous “firsts.”

I became mayor 35 years after Kathy Kozachenko was the first openly LGBT person elected to public office, and 32 years after Harvey Milk – affectionately known as “the mayor of Castro Street” – was elected to the San Francisco Board of Supervisors in the same state I serve today.

This week marks the anniversary of the tragic end of Milk’s short time in office, when he and Mayor George Moscone were shot and killed by Supervisor Dan White. But the legacy of Harvey Milk and other LGBT trailblazers is very much alive. Today there are more than 500 openly LGBT elected or appointed officials serving our country. Through their service and that of public officials representing other marginalized communities, it is clear that our democracy works best when our lawmakers reflect the nation’s diversity.

Milk’s legacy has been a personal inspiration for me, as an openly bisexual elected official. Earlier this year, I became a Harvey Milk Champion of Change. While I was honored to be recognized by the White House with an award bearing his name, I actually had some hesitation about accepting. As a bisexual woman married to a man, I was worried about people thinking I didn’t really “deserve” it. But I realized that line of reasoning was not what Harvey Milk would have embraced. His legacy is about sharing your own identity, your own truth in whatever form that might take.  Besides, there’s a “B” in “LGBT” for a reason.

Though the right-wing has long tried to rewrite Milk’s legacy, as affiliate People For the American Way’s Right Wing Watch notes in this report on Liberty Counsel’s Matt Barber . . .

Liberty Counsel’s Matt Barber is upset that the US Postal Service will issue a stamp honoring Harvey Milk, telling the American Family Association’s OneNewsNow that Milk was a rapist and “demonstrably, categorically an evil man.”

. . . it’s clear that today is a day to celebrate how far the LGBT equality movement has come and to recognize the work that remains. 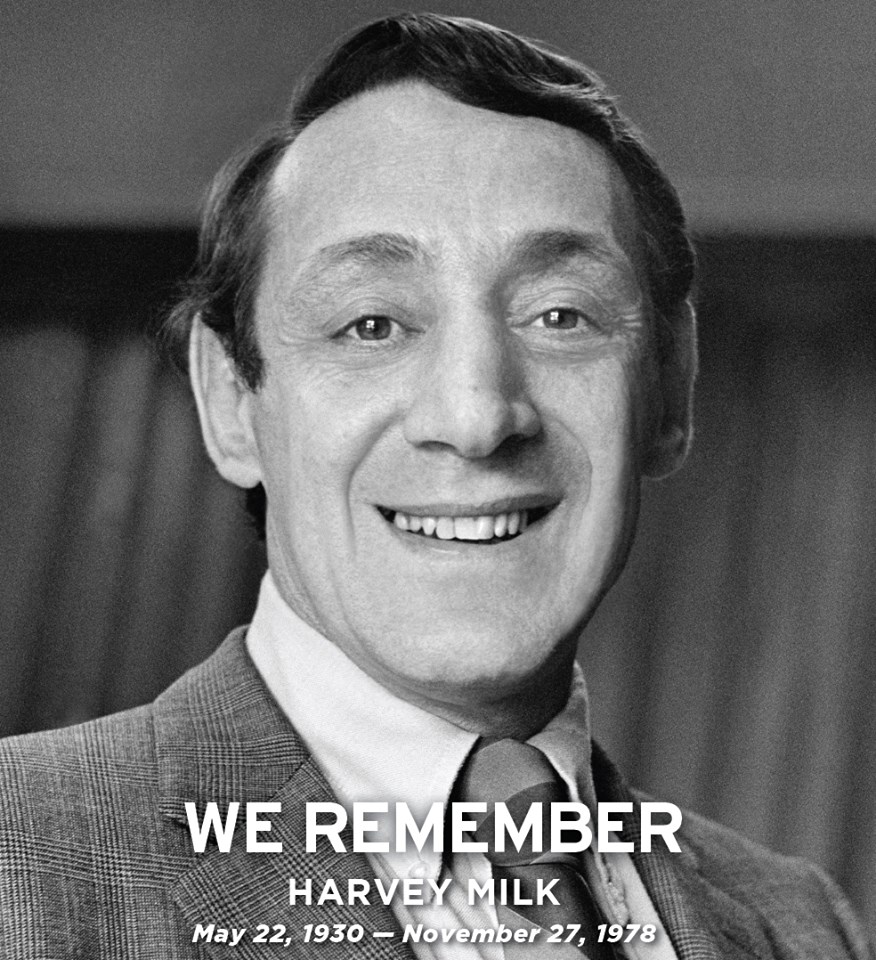