PFAW’s ENOUGH of Trump Billboards are Going Up in a Swing State Near You!

Between October 2 – 7, People For the American Way and Amsterdam News – the oldest Black-owned news business in the country – installed a new public art project on the exterior of the Amsterdam News’s historic Harlem headquarters. 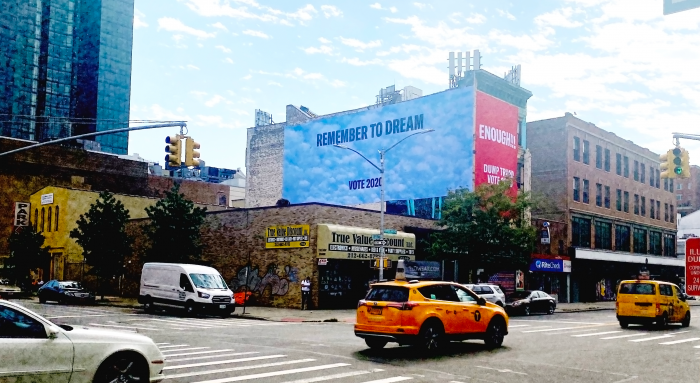 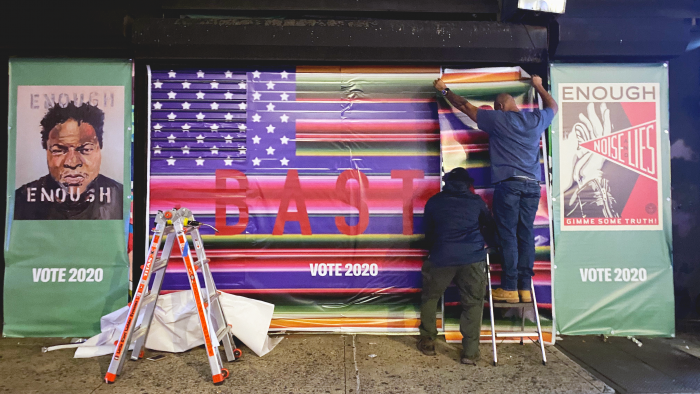 “Today, we are three weeks away from the most important election of our lifetime and for an historic Black newspaper to blanket their building in Enough of Trump art, in the middle of Harlem, sends a clear message to the nation and the world that people have had enough of Trump,” said Ben Jealous, PFAW president. 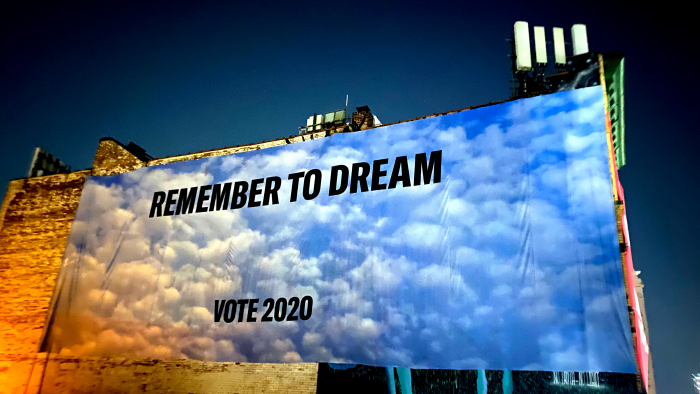 “Art has always been an influential tool in creating social change,” said Amsterdam News publisher Elinor Tatum. “That’s why I’m thrilled to partner with People For the American Way and its ENOUGH of Trump campaign at this critical time. Given the stakes in this historic election, it is more urgent than ever to inspire voters to transform their dissatisfaction over the increased polarization of this country, and the racism that this administration is perpetrating, into votes on Election Day.” 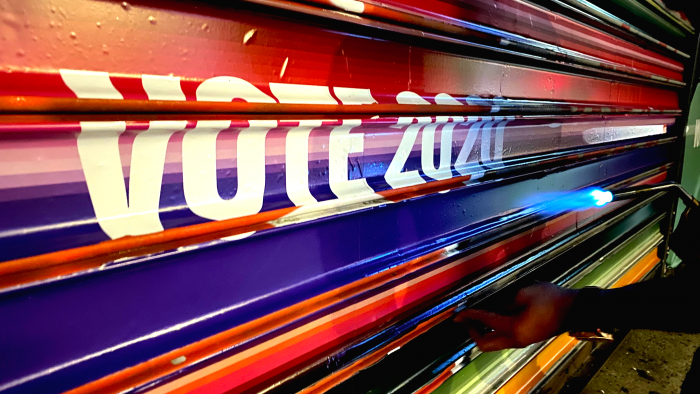 “America is at a tipping point,” said artist and installation project curator Carrie Mae Weems. “Either we move forward by electing Joe Biden, or we continue to regress with four more years of Donald Trump. It is that simple. Our hope is that this project serves as a reminder to residents of Harlem and Americans everywhere of the bigotry, hate and corruption brought on by four years of Donald Trump and the importance of voting him out next month.”

Stay tuned for more about PFAW and ENOUGH of Trump’s initiatives to raise awareness about the election and get out the vote!

An Extraordinary Life, Linking Past and Present