Norman Lear: The Religious Right Has Co-Opted the First Amendment - People For the American Way
Skip to main content

This piece originally appeared as a guest column in The Hollywood Reporter.

It’s bad enough that the Religious Right has spent decades claiming ownership over faith, family and freedom. But now we have to watch conservative preachers and political activists wrap themselves in the First Amendment and the Constitution that their beloved President Trump takes a dump on every day.

To our fellow liberals and progressives, and to other fair-minded, reason-respecting Americans, we say we can’t let them get away with it.

There’s good reason that the Religious Right and its allies want to hijack these terms. Love for our families, a commitment to our neighborhoods and religious communities, gratitude for the freedoms we enjoy — these all speak to our hearts and our humanity at a level that is far deeper than partisan politics.

And the same holds true for many millions of Americans when it comes to the flag, the Constitution and the First Amendment. There’s something about these symbols and documents, about the values of individual liberty and equality that they proclaim, that speak to the core of what it means to be American. How could anyone forget the late Rep. Barbara Jordan declaring forcefully during Nixon’s impeachment hearing, “My faith in the Constitution is whole; it is complete; it is total.”

We’re not talking about the slavery-abetting Constitution as written and ratified in the 18th Century. While there is much shameful in our shared history, there is also much to love, including the work of many generations of leaders, activists, and individuals who took part in the visionary, creative, often dangerous work of building and engaging in movements that have made our country more free, more fair, more faithful to the principles that our founders proclaimed.

The First Amendment has protected the agitators, artists, advocates, marchers and organizers who pushed and continue to push to overcome structural discrimination, protect workers and provide equitable economic opportunity, and win legal equality for women and LGBTQ people.

Americans who have strived to create a more perfect union have for many decades relied on the federal courts to uphold both the word and the spirit of the Constitution. We have counted on courts to apply the principle of equality under the law ever more expansively, to Americans who had been left out by the prejudices of earlier times.

It’s striking that President Trump’s rhetorical longing for some unspecified past when America was greater than it is now parallels his nomination of judges hand-picked by right-wing ideological groups committed to promoting “originalism” and “conservative constitutionalism.”

We need to understand what they mean by those terms, and we must not underestimate their ambitions. The thinkers behind the right-wing legal movement that is helping President Trump pack our courts want to undo much of the legal progress made over the past century. It should shock all of us out of our complacency when we see nominees for lifetime federal judgeships refusing to say whether they believe Brown v. Board of Education, the unanimous Supreme Court ruling against forced segregation in public schools, was correctly decided.

For these “originalists,” the principle of equal protection under law, enshrined in the 14th Amendment, cannot possibly apply to LGBTQ Americans because there was no recognition of their humanity in the 1860s. In their hands, the First Amendment is no longer a shield to protect everyone’s free exercise of religion; it is a sword to wield against legal and lived equality for disfavored people.

For many of these “constitutional conservatives,” programs created by the New Deal and Great Society to tackle national problems like widespread poverty and lack of access to health care are illegitimate. They want us, as a country, to go back to an understanding of the Constitution grounded in states’ rights and radically restricted federal authority.

We must resist both their goals and their claims on the Constitution. For all its flaws, our “We, the People” Constitution was a radical departure in its day. Since then, We, the People, have made it our own through blood, sweat and tears, using the tools its framers gave us, so that all the American people might enjoy the rights and protections it promises.

Norman Lear is a television and film producer and the founder of People For the American Way.

Accountability: An Insurrectionist Removed from Office 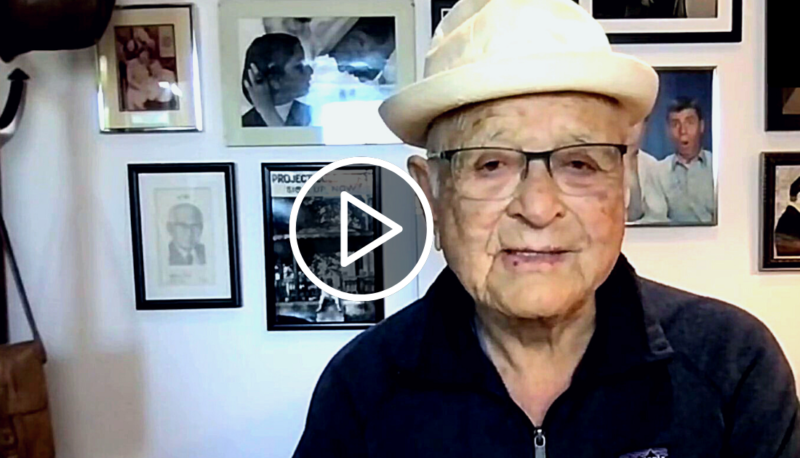