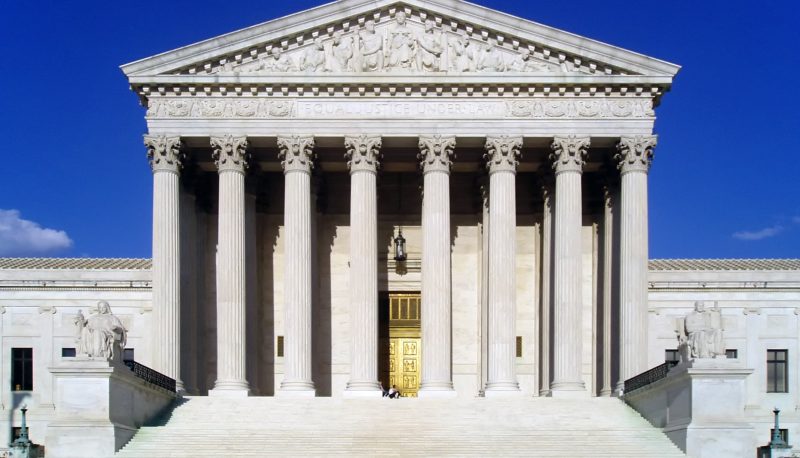 Good news from the Supreme Court on voting rights this morning: The justices announced that they will not hear North Carolina’s appeal in support of its draconian voter suppression law. The Fourth Circuit’s decision striking it down remains the law.

Our 2016-2017 Supreme Court Term Preview last fall marked North Carolina v. NC Conference of the NAACP as one of the most important cases that the Court might accept this term. We wrote:

In July, a three-judge panel of the Fourth Circuit Court of Appeals reversed a lower federal court and struck down North Carolina’s notorious voter ID law, as well as its provisions curtailing or eliminating early voting, same-day registration, out-of-precinct voting, and preregistration of 16 and 17 year-olds. The court concluded that not only did the law have a racially discriminatory impact, it was actually intended to make voting harder for African Americans. The judges concluded that provisions of the new law “target African Americans with almost surgical precision” without remedying the alleged problems the state claims were their justifications.

Struck down were the elimination of one of two Sunday early voting days (which have been used as “souls to the polls” voting turnout efforts by African Americans); a strict new photo ID law; same-day registration; out-of-precinct voting; and preregistration of 16 and 17 year-olds. All these provisions targeted voting methods more frequently used by African Americans, or required photo IDs that African Americans are less likely to have.

The Fourth Circuit ruling was an enormous victory for the right to vote. However, given the important issues raised, the lower court’s ruling on a constitutional basis, and the high profile of the case, it seems likely that the case will be appealed to and heard by the Supreme Court.

It’s worth highlighting two of the phrases the Fourth Circuit used in its decision: (1) the North Carolina legislature “target[ed] African Americans with almost surgical precision;” and (2) the legislature “enacted the challenged provisions of the law with discriminatory intent.”

For all of conservatives’ false propaganda about rampant in-person voter fraud, we owe the Fourth Circuit a debt of gratitude for ripping the mask off. Despite the Right’s paeans to election integrity and efficiency, these laws are intended to make it harder for certain targeted communities to vote.

As important as this victory is—and it is extremely important—we also should remember that the Supreme Court didn’t uphold the Fourth Circuit’s decision, but only chose not to consider the appeal. Chief Justice John Roberts stressed that in a separate statement. He noted that the newly-elected governor and attorney general moved to dismiss the state’s petition for the Supreme Court to review the decision, and that the legislature’s leaders had sought to intervene to make sure the case continued. He referred to the “blizzard of filings” among the various players about whether any of these officials had the authority to take the actions they proposed.

One could easily read a not-so-hidden message from the Chief Justice: I’m only deciding not to hear this case because doing so would raise a thicket of procedural side-issues that we don’t want to have to address, but don’t think for a minute that I agree with the Fourth Circuit.

For Americans in the five states covered by the Fourth Circuit (North Carolina, South Carolina, Virginia, Maryland, and West Virginia), the Fourth Circuit’s decision is the law of the land. With the Supreme Court bowing out, this demonstrates clearly just how vitally important it is who serves on our lower federal courts, especially circuit courts. The precious right to vote won’t be protected under the law and under our Constitution if the courts are filled with judges who ignore obvious discrimination and—with a wink and a nod—accept phony justifications for voter suppression.

Courts matter. And they will continue to matter.

Americans targeted for disenfranchisement dodged a bullet today. But make no mistake: opponents of voting rights are still shooting.