One Million Signatures to #StopBannon 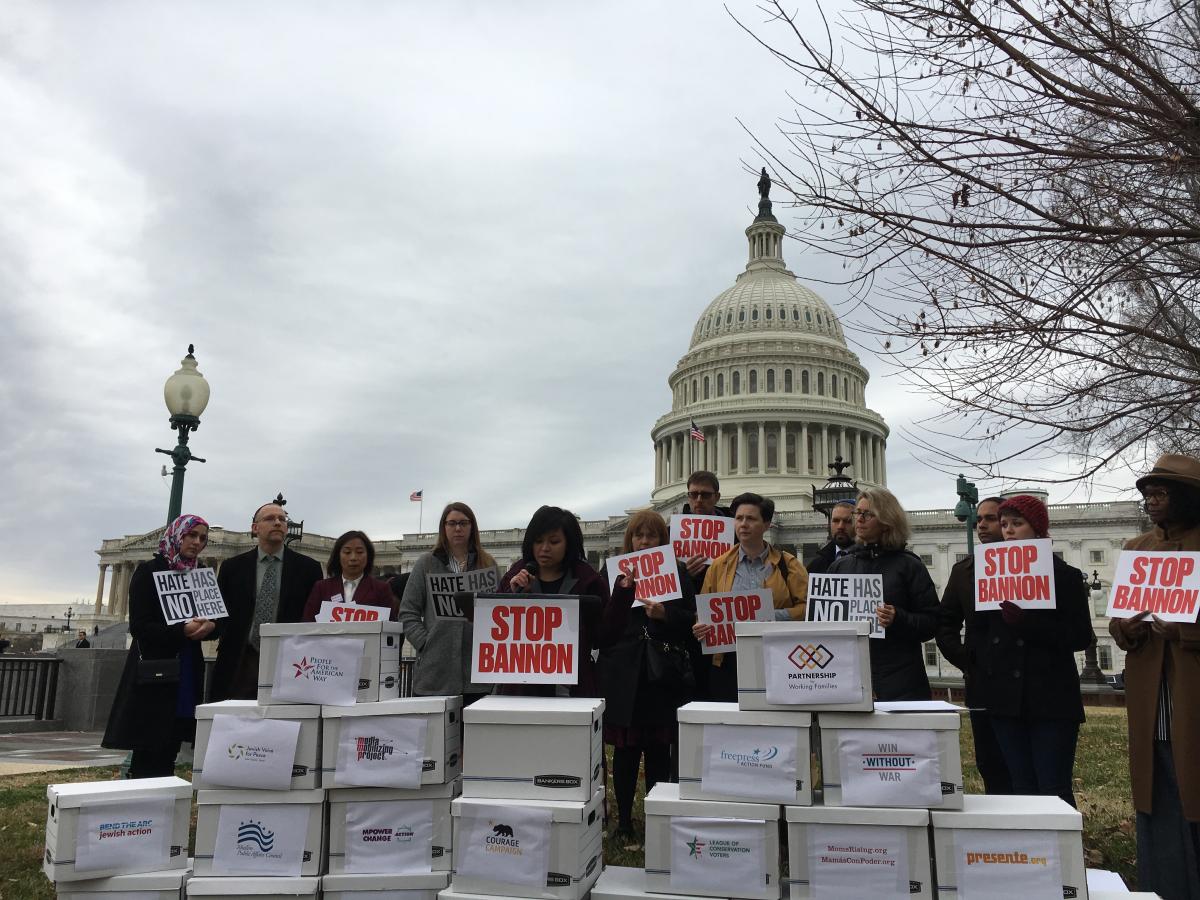 The participating groups represent various constituencies under direct threat from the anti-Semitism and racism represented by Steve Bannon. Bannon’s history of providing a platform for extreme, hateful ideologies like white nationalism during his time at Breitbart is a cause of significant concern for anyone committed to the constitutional values of equality and freedom that form the basis of our national character 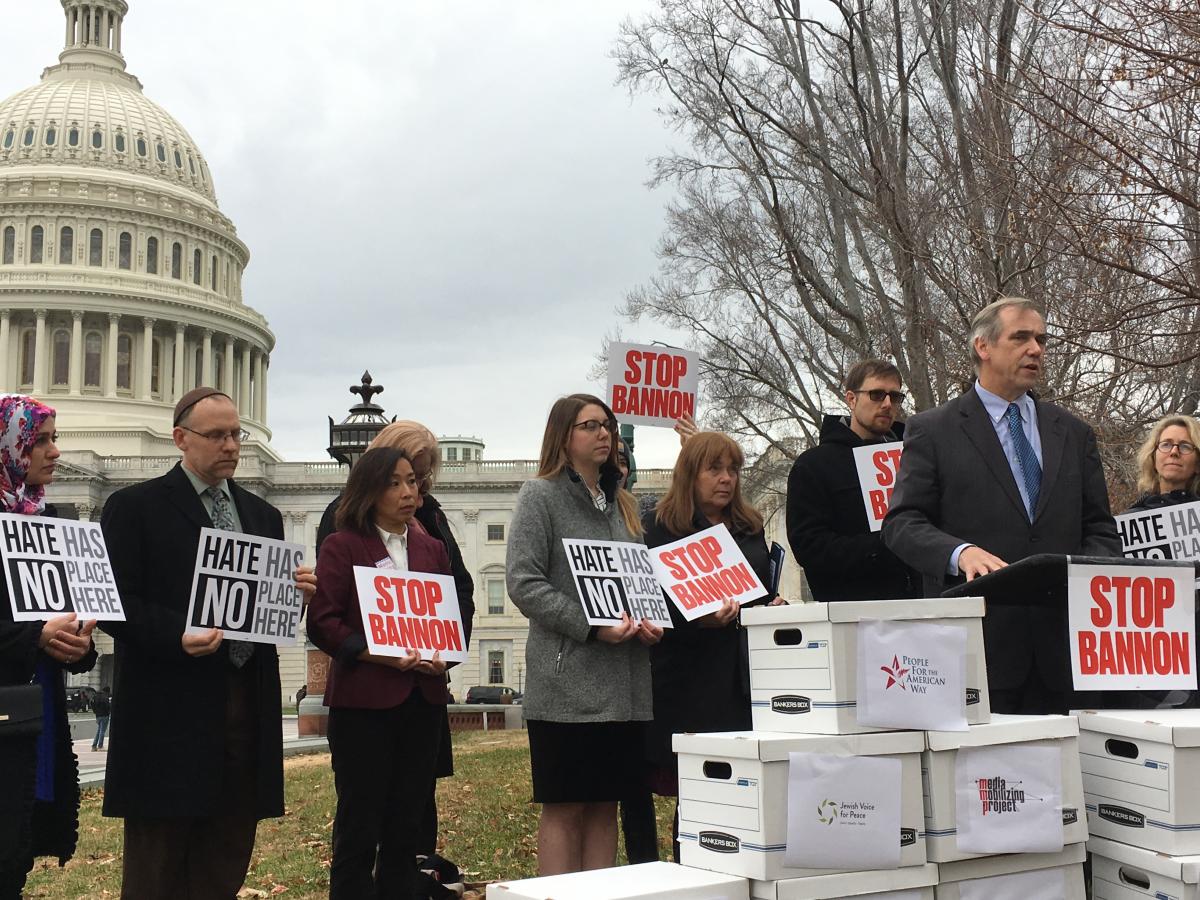 While the appointment does not require Senate confirmation, PFAW and allied groups seek to send a message to members of Congress that the white nationalism and hate speech which has been elevated by the Trump administration will not go unnoticed or unchallenged. The pushback against bigotry is just beginning. 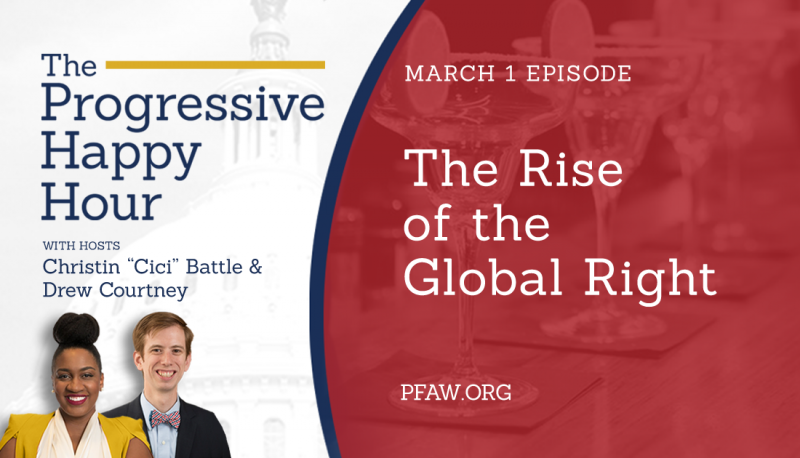