People For the American Way joined local activists at a park in downtown Louisville on Friday to protest Kentucky's ban on marriage equality for same-sex couples. 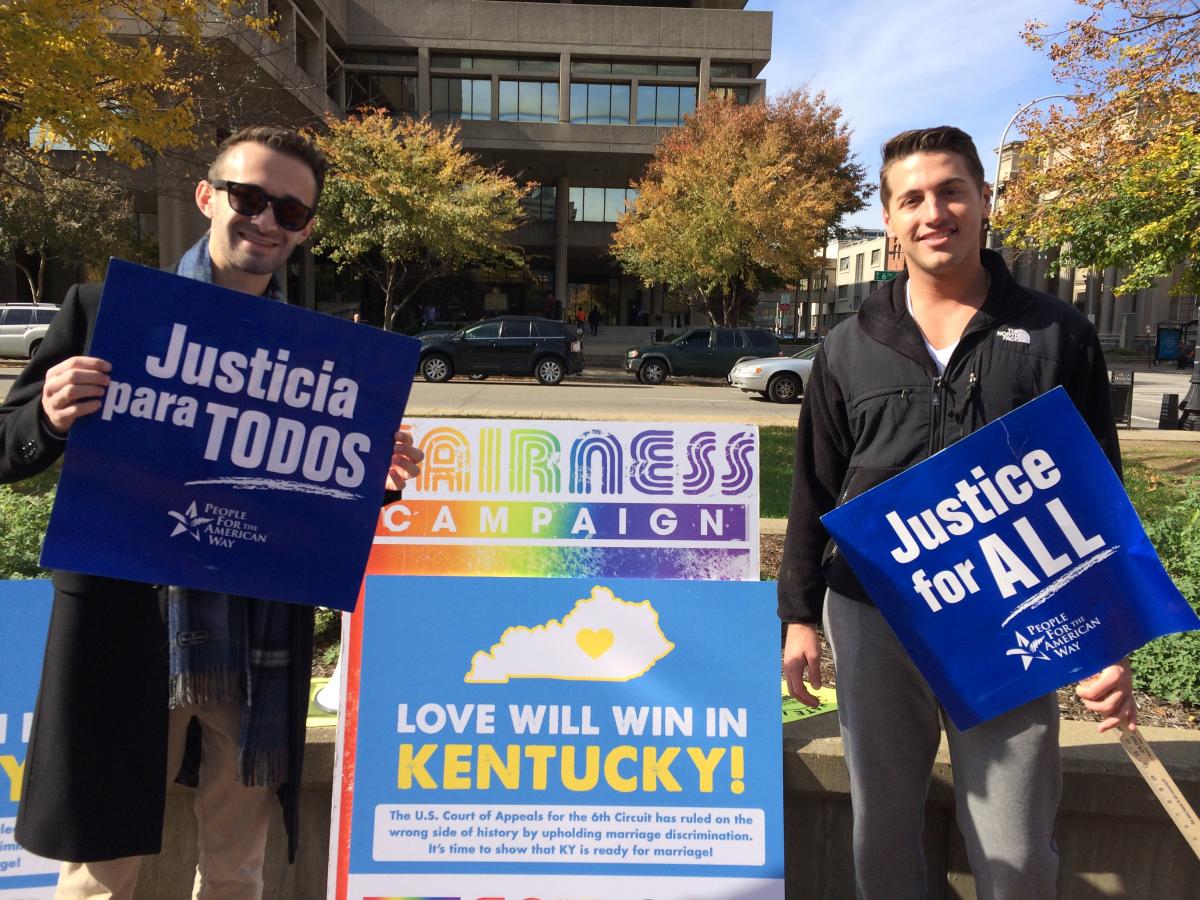 The "Love Will Win" rally came in response to last week's federal appeals court decision that upheld laws against same-sex marriage in Kentucky, Michigan, Ohio and Tennessee. Currently the Commonwealth doesn't even have to recognize same-sex marriages performed legally in other states. 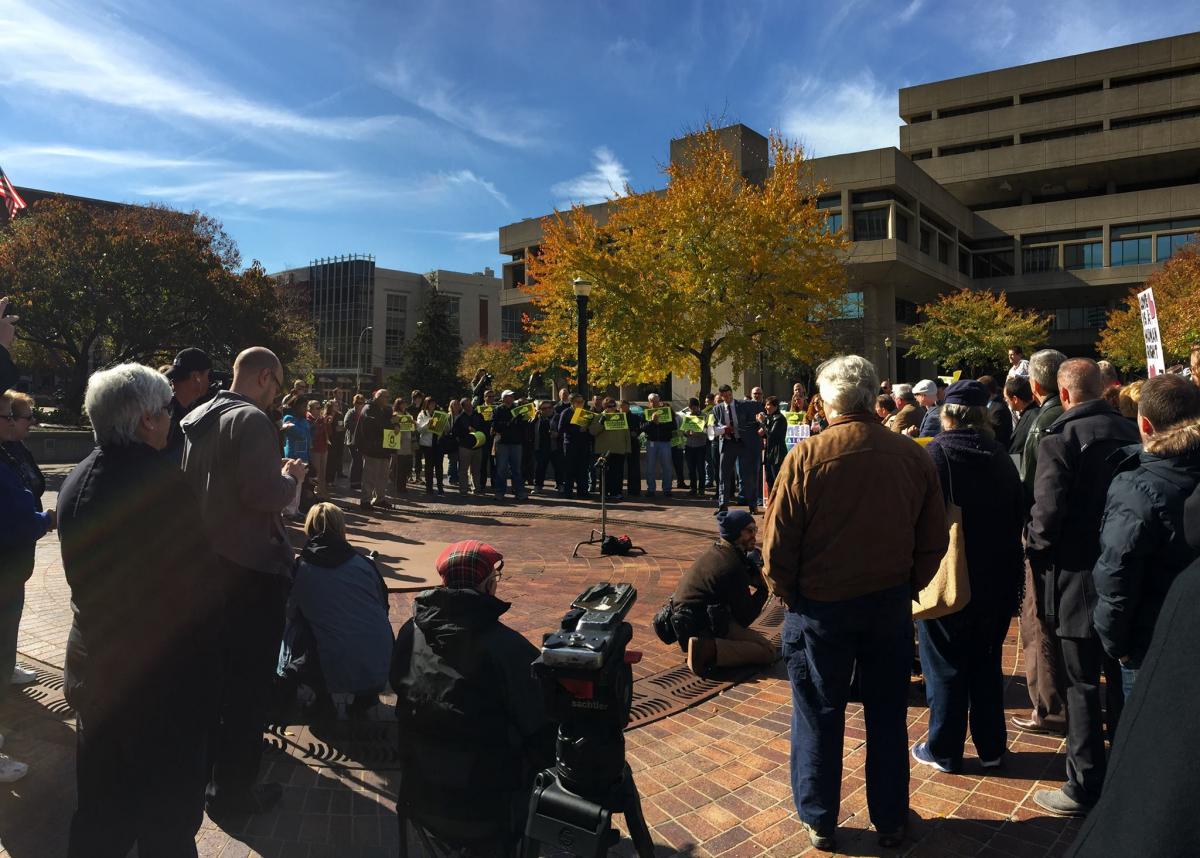 Protesters are hopeful this setback will pave the way for a Supreme Court reversal, bringing marriage equality to the South and the rest of the nation.

Chris Hartman, director of the Fairness Campaign, said that he’s disappointed by the decision but pleased by the prospects of getting a case in front of the U.S. Supreme Court.

"I think we all knew the sixth circuit was going to rule against LGBT freedom to marry,” Hartman said. “The sixth circuit is the most overturned circuit at the Supreme Court in the entire nation."

Thus far, 32 states and the District of Columbia have legalized same-sex marriage.