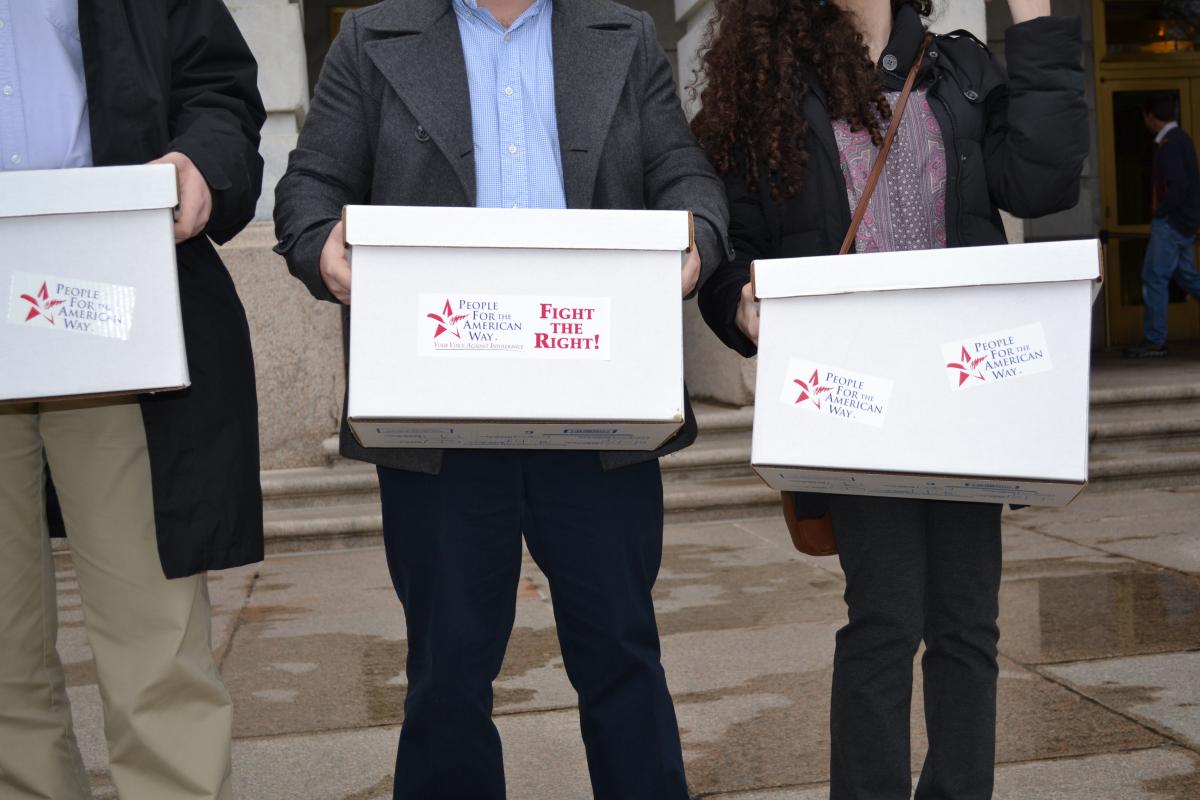 Today, after an overwhelming response from our members and supporters, members of PFAW’s staff delivered a whopping 178,000 petitions to House Speaker John Boehner calling on him to remove Rep. Michele Bachmann from the House Permanent Select Committee on Intelligence.

Last year, Bachmann earned rebukes from Democrats and Republicans alike when she accused Hillary Clinton aide Huma Abedin and others of a secret allegiance to the Muslim Brotherhood. In an interview first reported by PFAW’s Right Wing Watch, she alleged that “there has been deep penetration in the halls of our United States government by the Muslim Brotherhood.” Later, she accused President Obama of trying to implement Sharia law in the United States and abroad.

The petition states, "Members of the House Intelligence Committee are entrusted with classified information that affects the safety and security of all Americans. That information should not be in the hands of anyone with such a disregard for honesty, misunderstanding of national security, and lack of respect for his or her fellow public servants.”

Boehner, who is among the Republicans who condemned Bachmann’s allegations about Abedin, has not yet responded. 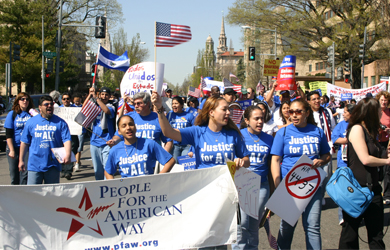 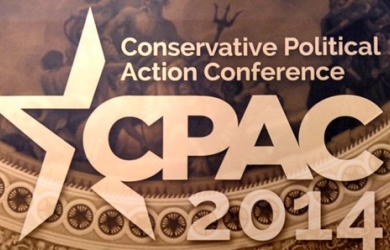