The Tea Party may have succeeded in shutting down the government, but last week PFAW members showed them that they can’t shut down the people’s voice. Nearly 100,000 people signed our petition calling on Speaker Boehner to stand up to Ted Cruz and the Tea Party, and end their hostage-taking tactics. 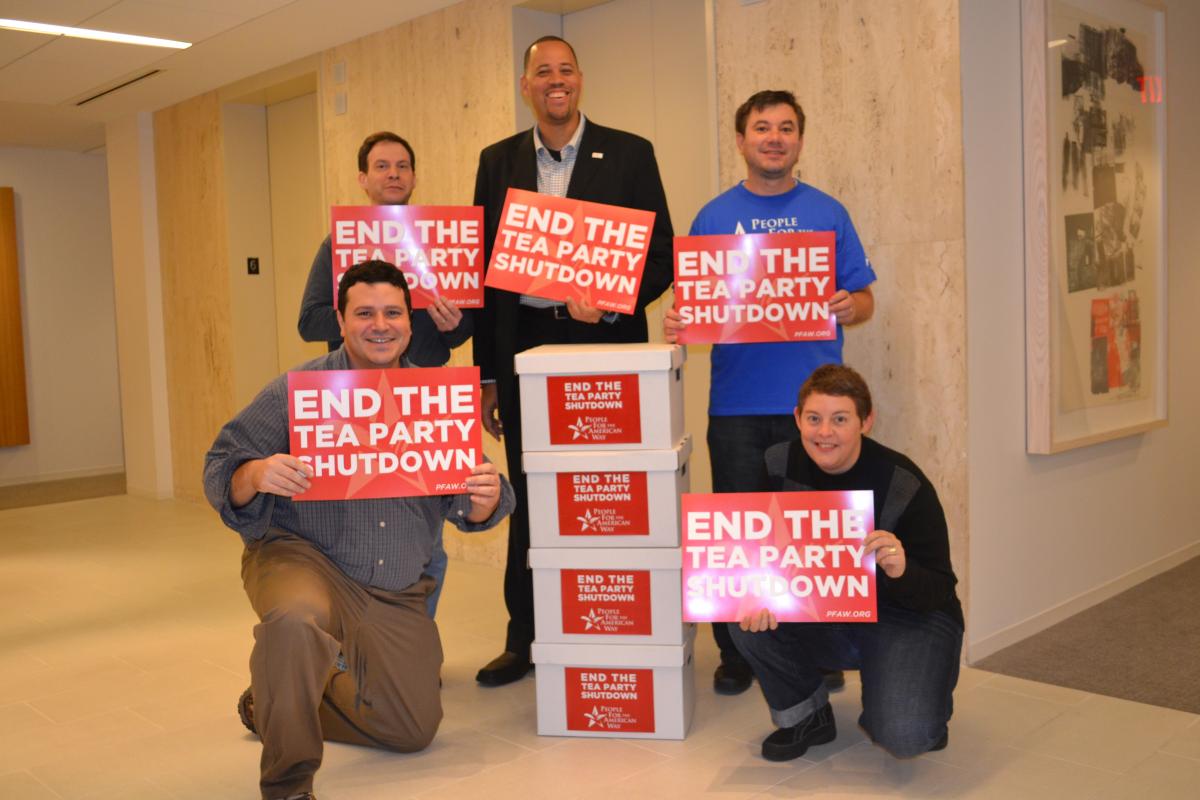 Last week, we went to the Hill to deliver the message. It may have been cold, windy and rainy, but that didn’t stop us and hundreds more from gathering at the Capitol to demand that Speaker Boehner end the tea party shutdown. We heard from Rev. Jesse Jackson, from union leaders and furloughed workers, and from congressional leaders including Nancy Pelosi and Steny Hoyer. 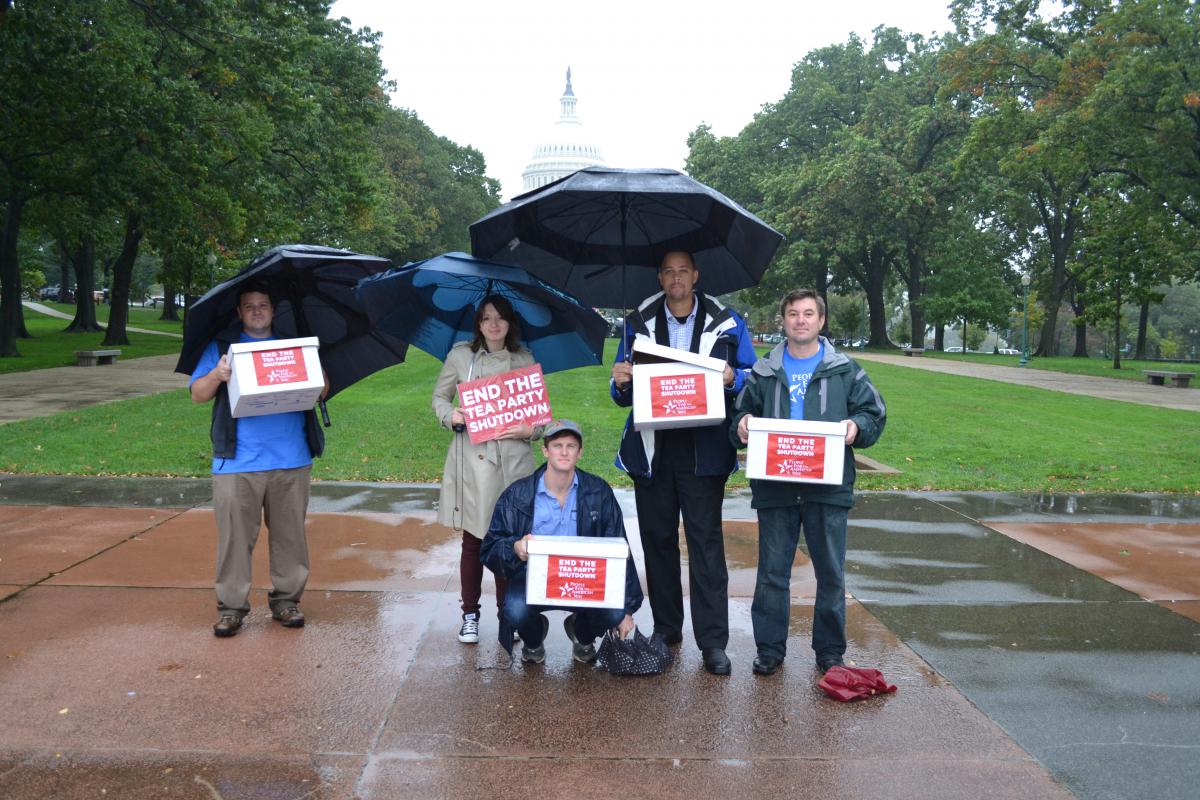 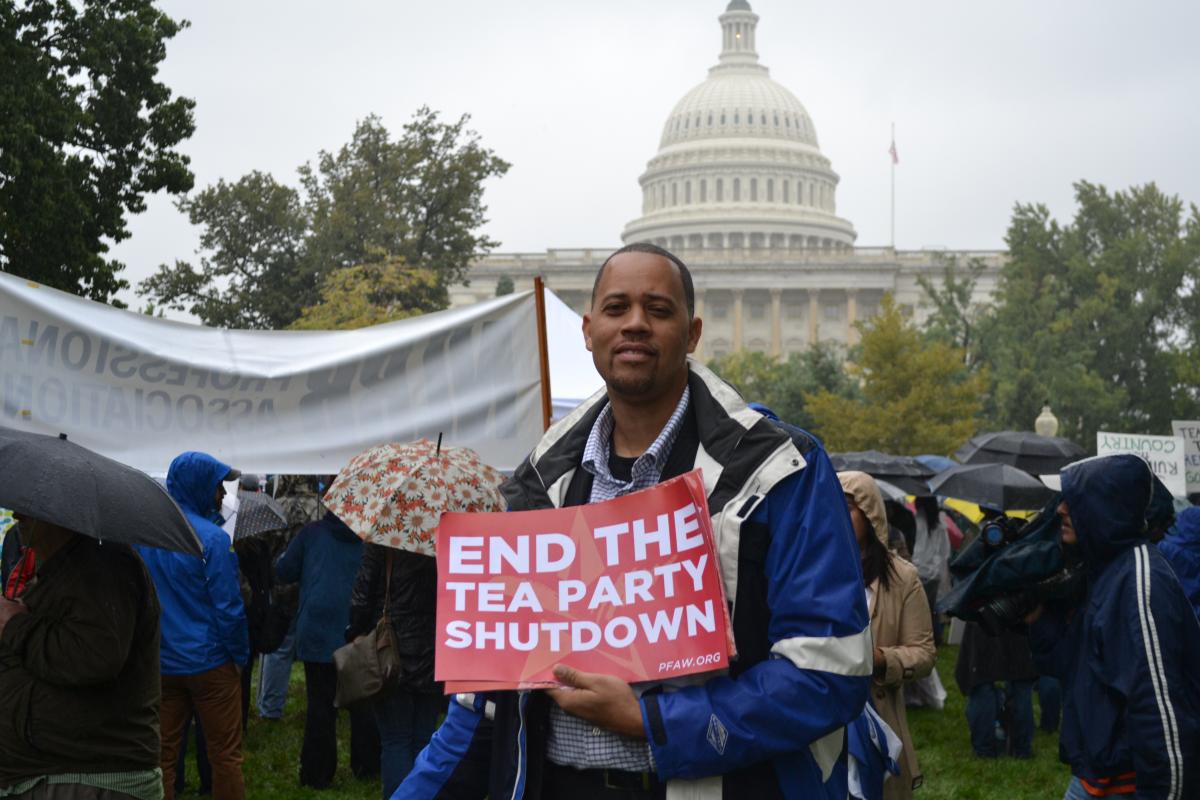 The message was clear. This shutdown is dangerous to our standing in the world, destructive to our ability to govern, and damaging to the lives of real Americans. It isn’t just a game: These destructive actions are affecting thousands who depend on paychecks that are being held up by these fringe members of the Republican party who don’t even know what it is they want. And now, thanks to almost 100,000 of you, Republicans in Congress can’t ignore the fact that the people aren’t on their side, because they’re not on ours. 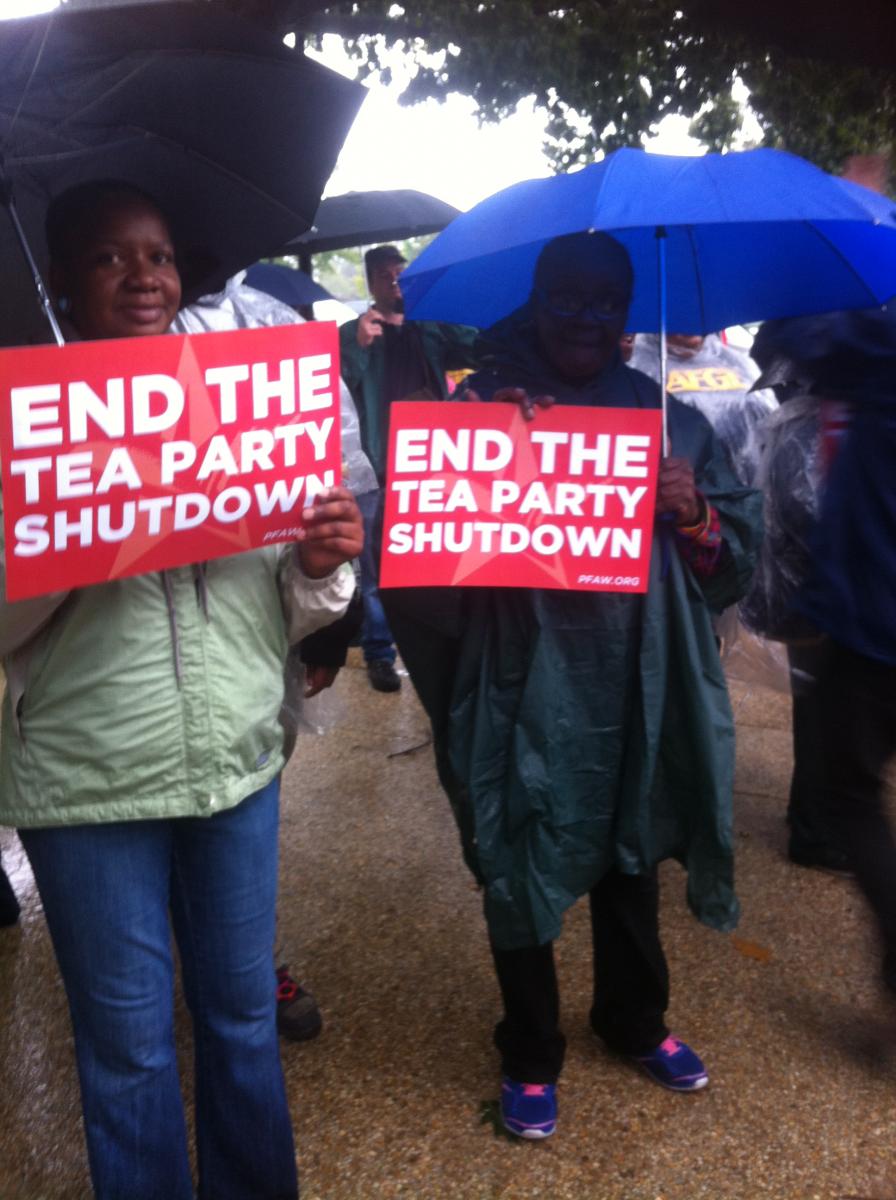