PFAW Leads Coalition Organizing Congressional Drop-Bys All Over the Country to Support H.R. 1 - People For the American Way
Skip to main content

PFAW Leads Coalition Organizing Congressional Drop-Bys All Over the Country to Support H.R. 1 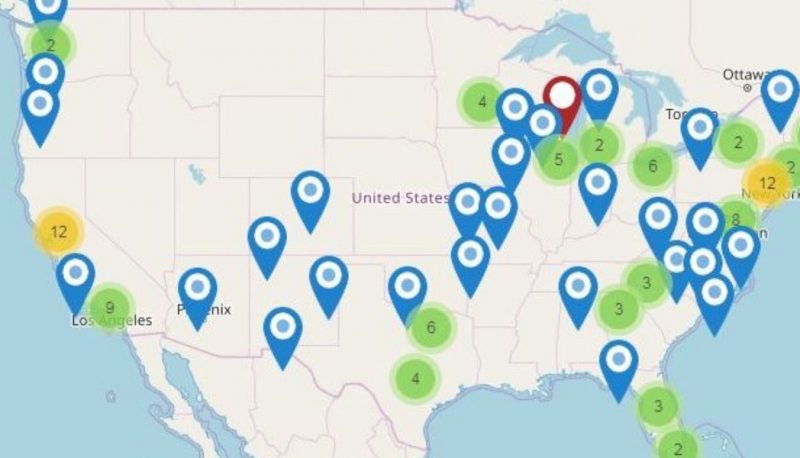 Sign up for a in-district drop-by in support of H.R. 1

The Democratic takeover of the house was not an easy feat. It came after a hard-fought battle that required sacrifices of time and energy from activists all over the country. After marching, knocking on doors, donating to campaigns, and generally holding our representatives in office to a higher standard, election night brought a wave of new progressive demands that we’re now ready to put into action. To help turn the progressive momentum sparked during the midterm elections into tangible results, People For the American Way teamed up with a coalition including Public Citizen, Common Cause, and Daily Kos to organize in-district congressional “drop-bys” all across the country. These events allowed groups and individuals to sign up for a “day of action,” where they visited their local congressional offices to deliver materials supporting H.R. 1.

Joined a delegation of local constituents to meet w @RepJohnKatko staff today. He remains committed to overturning Citizens United and is open minded re other elements of #HR1. We’ll be back on 1/3 to follow up pic.twitter.com/CXkqJfkN17

H.R. 1 is the first bill that the new Democratic majority in the House plans to introduce in January. It promises comprehensive democracy reforms that include a proactive voting rights agenda, supporting the restoration of the Voting Rights Act, small donor financing of elections, the overturning of Citizens United, ethics reform, ending partisan gerrymandering, and much more. Although there has been an early outpouring of support for this bill, getting it through Congress will still require a major showing of support from constituents.

We need to rebalance our system so big money doesn’t set the agenda. Great to talk with ⁦@RepAnnieKuster⁩ staff about Democracy Reform #HR1 a desperately needed package to revive and restore American democracy. #nhpolitics pic.twitter.com/HKcsfxlSog

As part of a range of H.R. 1 events that have been held throughout the lame duck session, we organized a large scale, coordinated push for support on December 20, when over one hundred groups and individuals took part in the drop-by campaign. Some of the visits were hosted by individual activists, while others included entire coalitions or local activist groups.

The success of the congressional drop-by visits made it clear that the midterm election was not the end of a renewed demand for democracy reforms, and signaled that activists will not stop pushing until all of our pro-democracy agenda has been implemented. H.R. 1 is a great first step in obtaining true progressive changes and making sure we address systemic issues that affect every level of policymaking. If you would like to participate in a drop-by, you can still sign up from now until January 3.