The six speakers discussed how Donald Trump’s candidacy has directly harmed people of color in the United States, particularly Latinos. The bilingual event addressed the negative impact of Trump’s candidacy, the dangers of a Trump presidency, and the need to mobilize the Latino vote in local, state, and national elections. 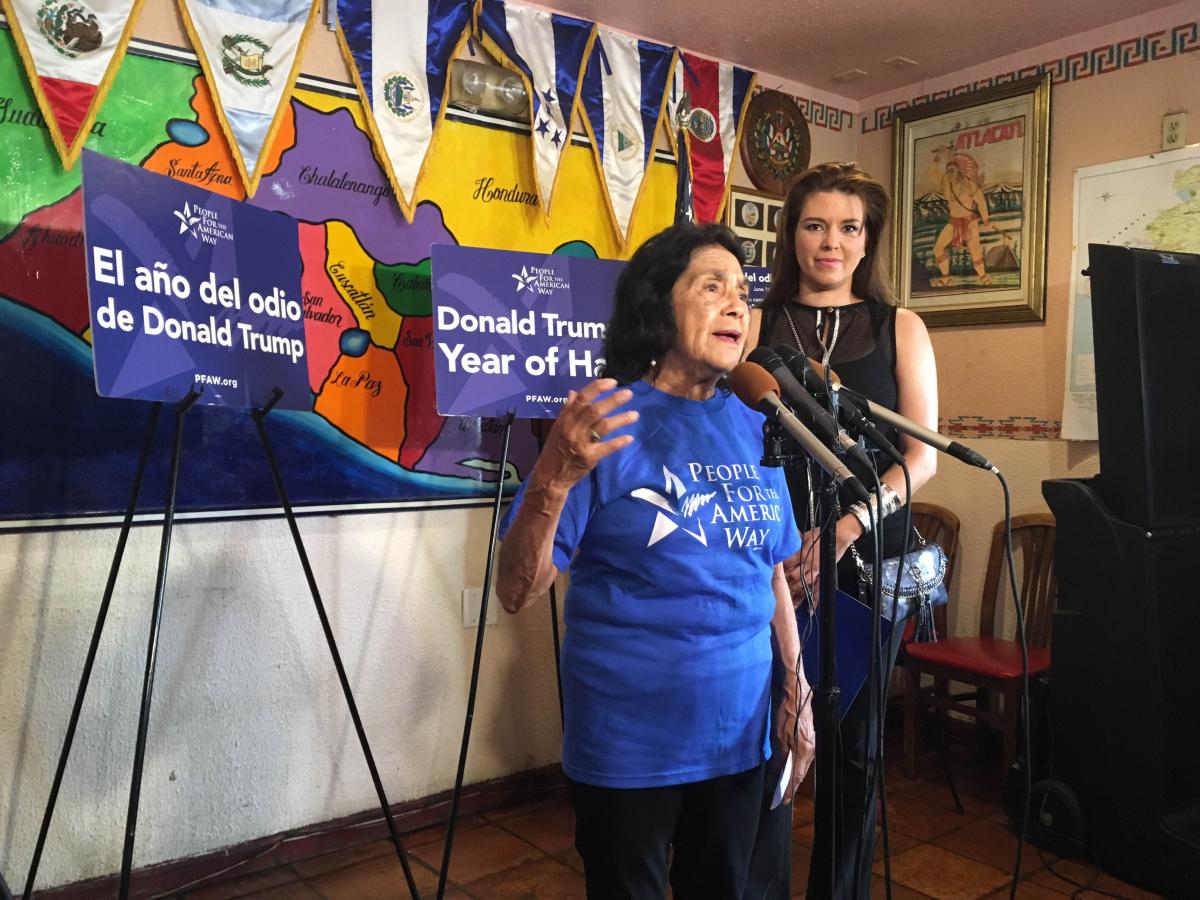 The first speaker was actress and former Miss Universe Alicia Machado, who spoke about how Donald Trump humiliated and belittled her when she was just a teenager. Trump referred to her as “Ms. Housekeeping,” in reference to her Venezuelan accent and heritage. Machado said that Donald Trump’s disrespect has compelled her to become an American citizen in order to vote against him. She closed by urging other Latinos living in the United States to vote against Trump and become citizens if they aren’t already.

Following Machado, civil rights leader Dolores Huerta, co-founder of the United Farm Workers, president of the Dolores Huerta Foundation, and PFAW board member, some of the many reasons why Donald Trump is “unfit to be president.” She cited examples of Trump’s racism, misogyny, homophobia, and xenophobia. She then urged the Latino community to vote against him, saying: 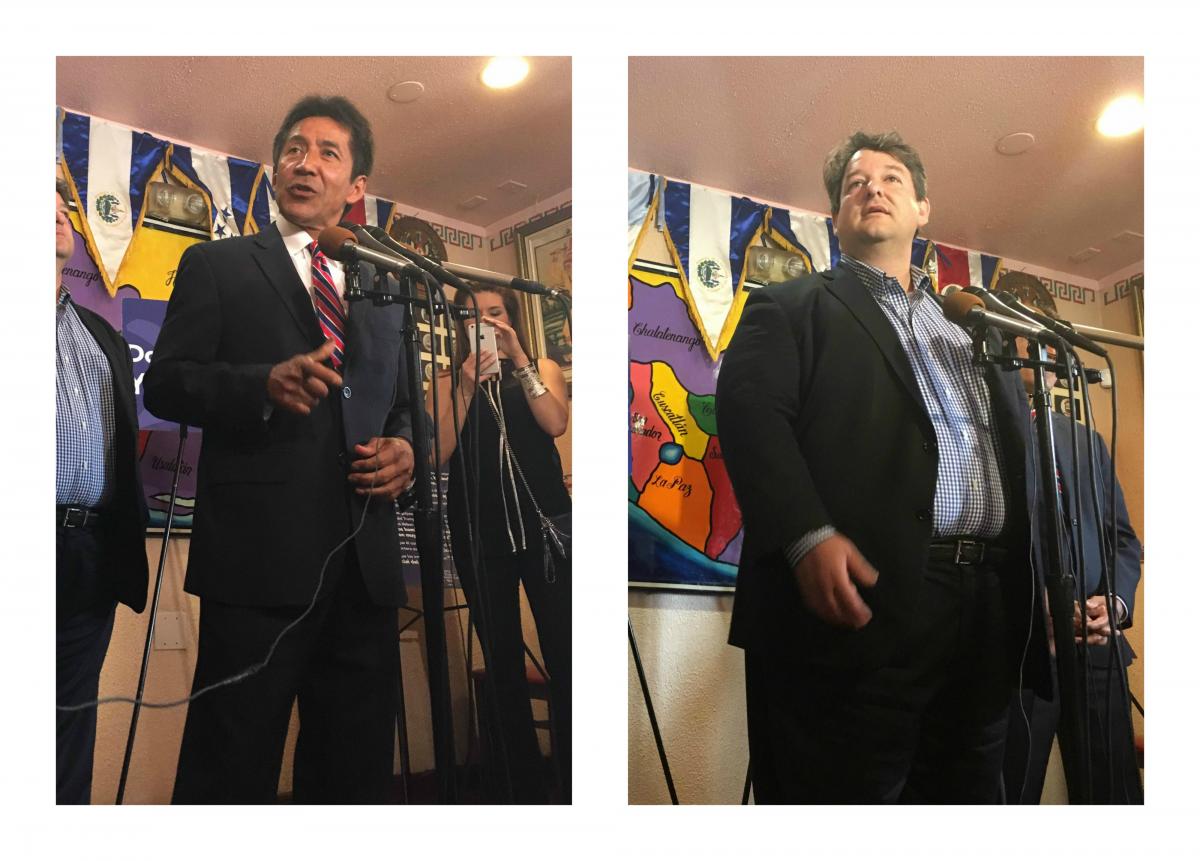 Arlington community leader J. Walter Tejada and Virginia’s only Latino state lawmaker, Del. Alfonso Lopez (D-Arlington), both called out the hateful rhetoric used by Donald Trump and the divisive nature of his campaign. Lopez stated that the tactics used by Trump are “not worthy of America, not worthy of our heritage, and definitely not worthy of Virginia.” Both Tejada and Lopez stressed the importance of the Latino vote in Virginia, with Tejada pointing out that “the road to the White House goes through the Latino vote,” and Lopez saying, “as Virginia goes, so goes the nation. And as Latinos vote in Virginia, so goes Virginia.” They both closed by urging Latinos in Virginia to register to vote and vote in November in order to protect their communities and protect Latinos everywhere from the negative impact of a Trump presidency.

PFAW’s Lizet Ocampo and CASA in Action’s Luis Aguilar both echoed the same sentiments: a Donald Trump presidency represents a very real danger for women, people of color, and immigrants, especially Latinos. Ocampo said, “Trump is the most hateful, anti-immigrant presidential candidate that any of us have ever seen. His hate harms every one of us and goes against the American values of welcoming immigrants and celebrating diversity.” They both ended their remarks by restating their commitment to mobilizing voters and combating the hateful ideology of Donald Trump.

To mark the campaign launch anniversary, PFAW has also released a Spanish language ad in eight key target states. The ad, which is running on TV and online, highlights just some of the ways Trump's divisive rhetoric and policies hurt Latino communities, and urges people to stand — and vote — against Trump's hate.