Last week, the American Legislative Exchange Council – better known as ALEC – held its 2014 Spring Task Force Summit in Kansas City. The annual Summit provides a venue for corporate lobbyists to woo state lawmakers and hatch the dangerous right-wing, pro-corporate sample legislation the group plans to vote on at its main conference (this year's will be held over the summer in Dallas).

On Friday, People For the American Way staff and members joined hundreds of protestors and ally organizations to rally outside the Kansas City Marriott Downtown, and speak out against ALEC's corruptive influence on state lawmakers. 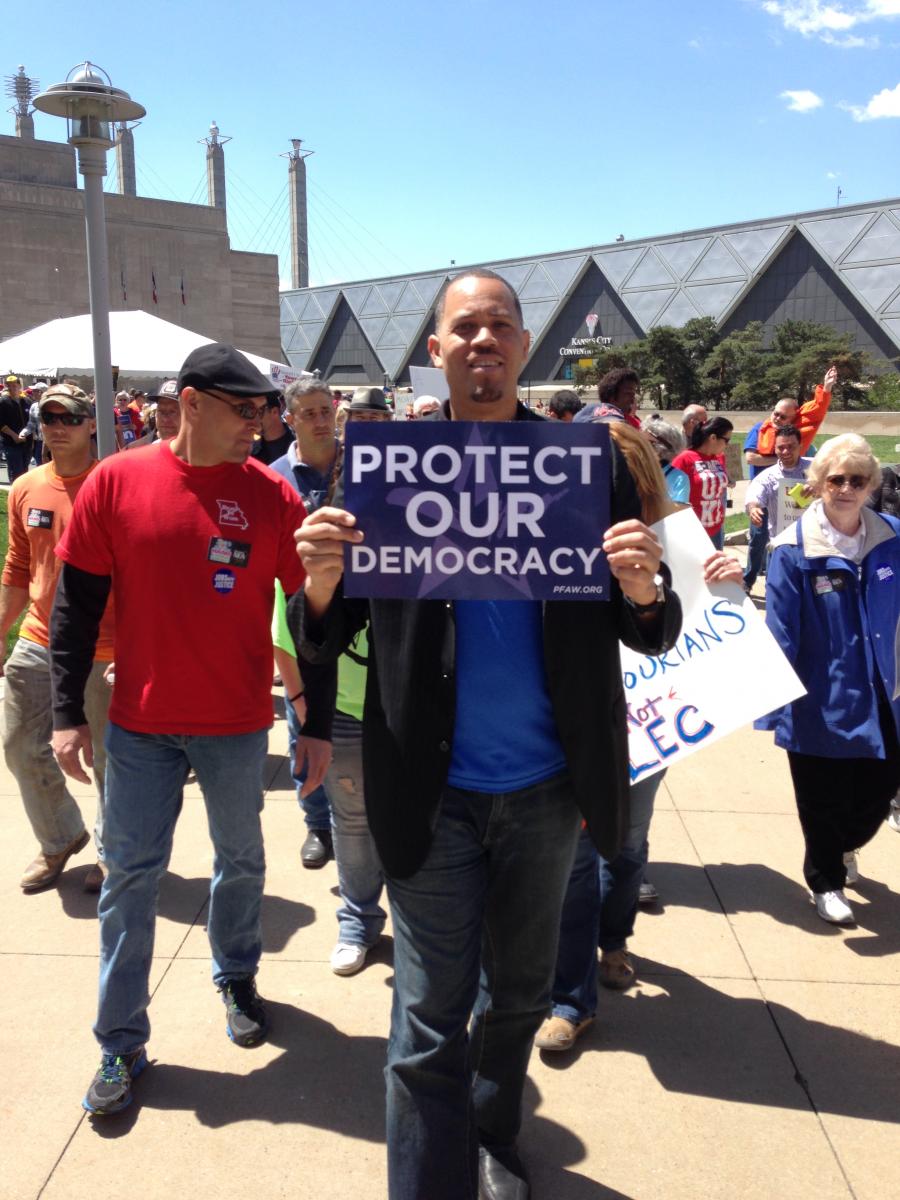 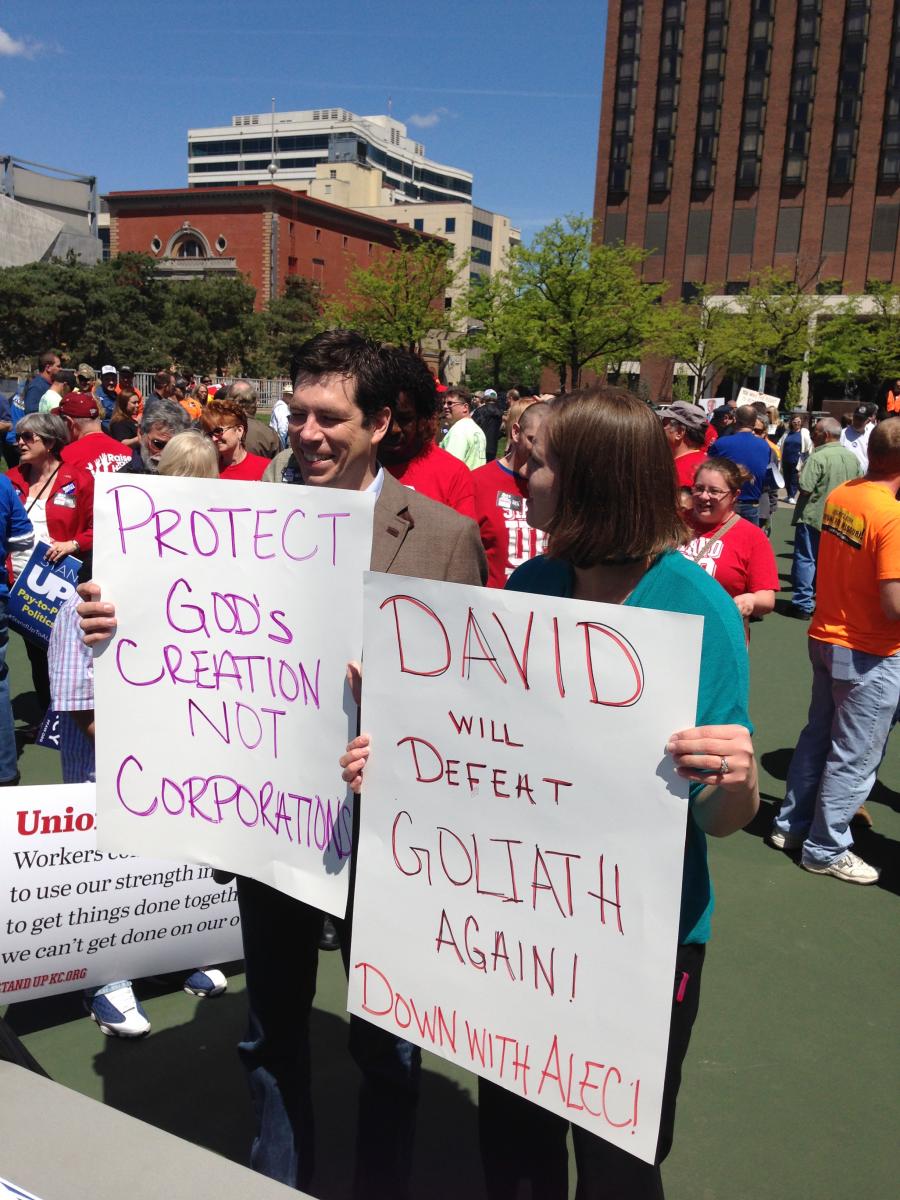 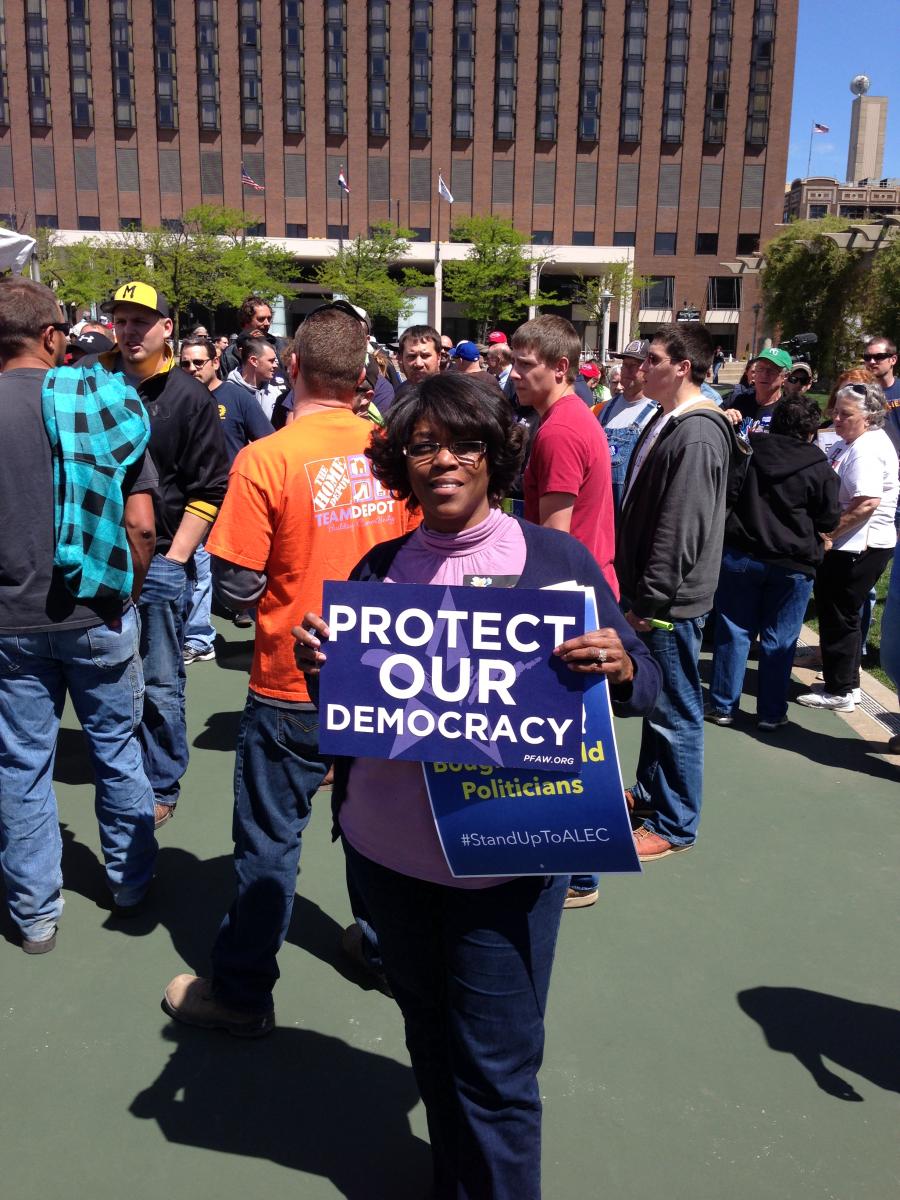 PFAW and our affiliate PFAW Foundation have long been committed to standing up to ALEC's extreme agenda. Read PFAW Foundation's report, "ALEC: The Voice of Corporate Special Interests," for more information on how ALEC sells out citizens' best interests to the highest bidder.