People For the American Way members and other supporters of the movement to get big money out of politics delivered a clear message last night about Sen. Kelly Ayotte’s refusal to support a constitutional amendment to overturn cases like Citizens United. 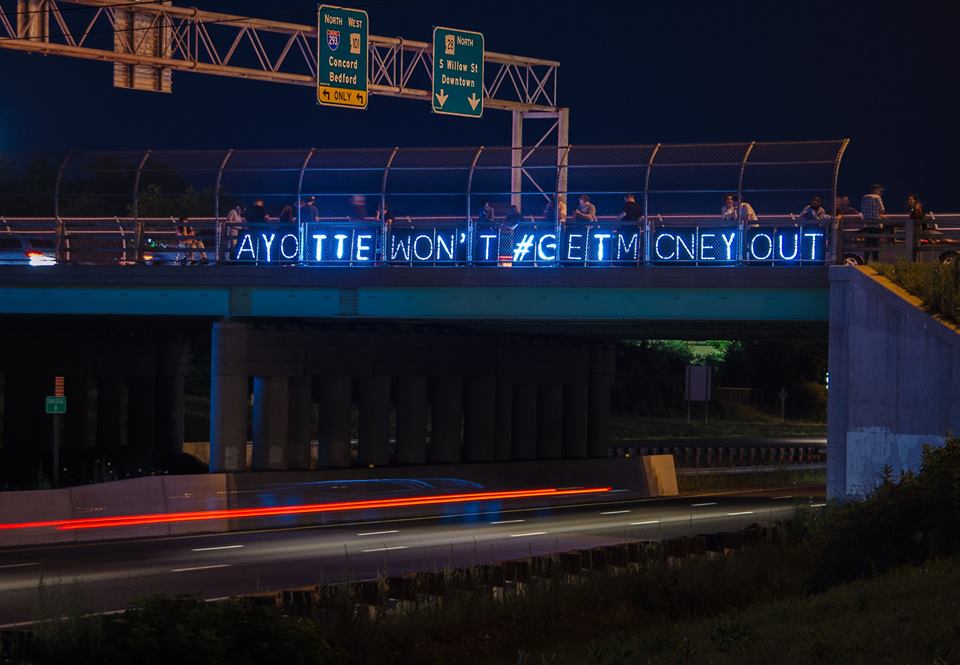 Activists took to the South Willow Street Bridge in Manchester to hold boxes with LED lights to spell out the words “AYOTTE WON’T #GETMONEYOUT.” Ayotte has described a constitutional amendment to get money out of politics as “dangerous” – despite the fact that a majority of New Hampshire voters who support such an amendment. 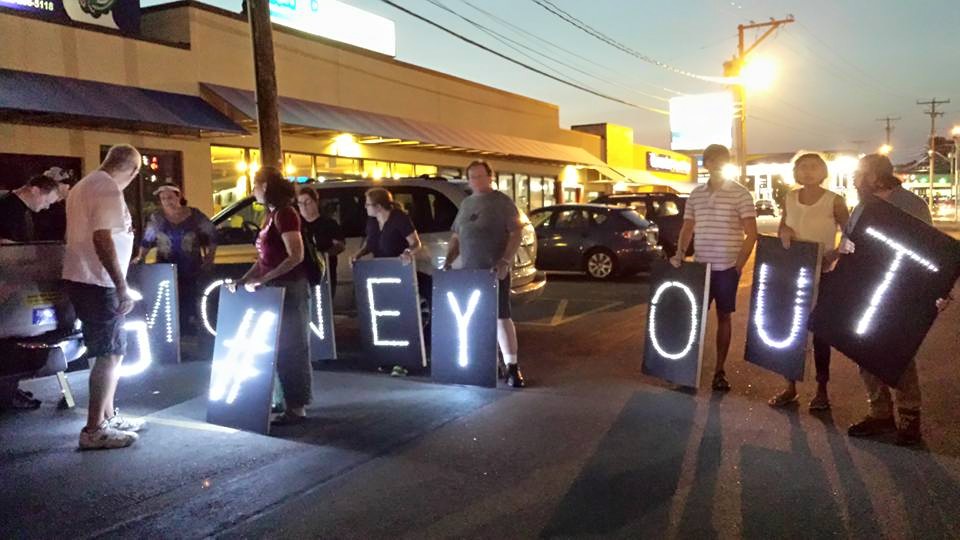 Voters in New Hampshire and beyond are increasingly concerned about the amount of money in politics, and the proposed constitutional amendment would dramatically curb political spending to help ensure that our elections can’t be bought by wealthy special interests. New Hampshire activists are committed to holding Ayotte accountable for her refusal to support the movement to undo big money’s corrosive influence on our elections.

Democracy For All Amendment GetMoneyOut Kelly Ayotte money in politics