PFAW joined a group of bipartisan organizations and public figures at a rally outside the Securities and Exchange Commission (SEC) in Washington today to demand that the agency use its authority to require publicly-traded corporations to disclose their political spending. Currently, corporations can use their treasuries to spend unlimited amounts to influence our elections – but that money belongs to the corporation’s investors. If you’re one of the millions of Americans with a 401 (k) or similar retirement account, it could be your money being spent for political purposes without your knowledge or approval.

That’s why disclosure is so important. Democracy depends on transparency, and until we can pass a constitutional amendment to undo the harmful effects of Citizens United and related cases that have helped to bring on the current crisis in our elections, a SEC rule requiring corporate disclosure is a powerful start. At the rally, themed “Wake up SEC,” pro-democracy groups made the case that the SEC needs to do its job and protect Americans from the undue influence of wealthy corporations and special interests. The American people are increasingly alarmed by the effects of money in politics, and we need a regulatory agency that is not asleep at the switch.

To make the point, over 75,000 people sent letters to the SEC in support of the proposed rule. 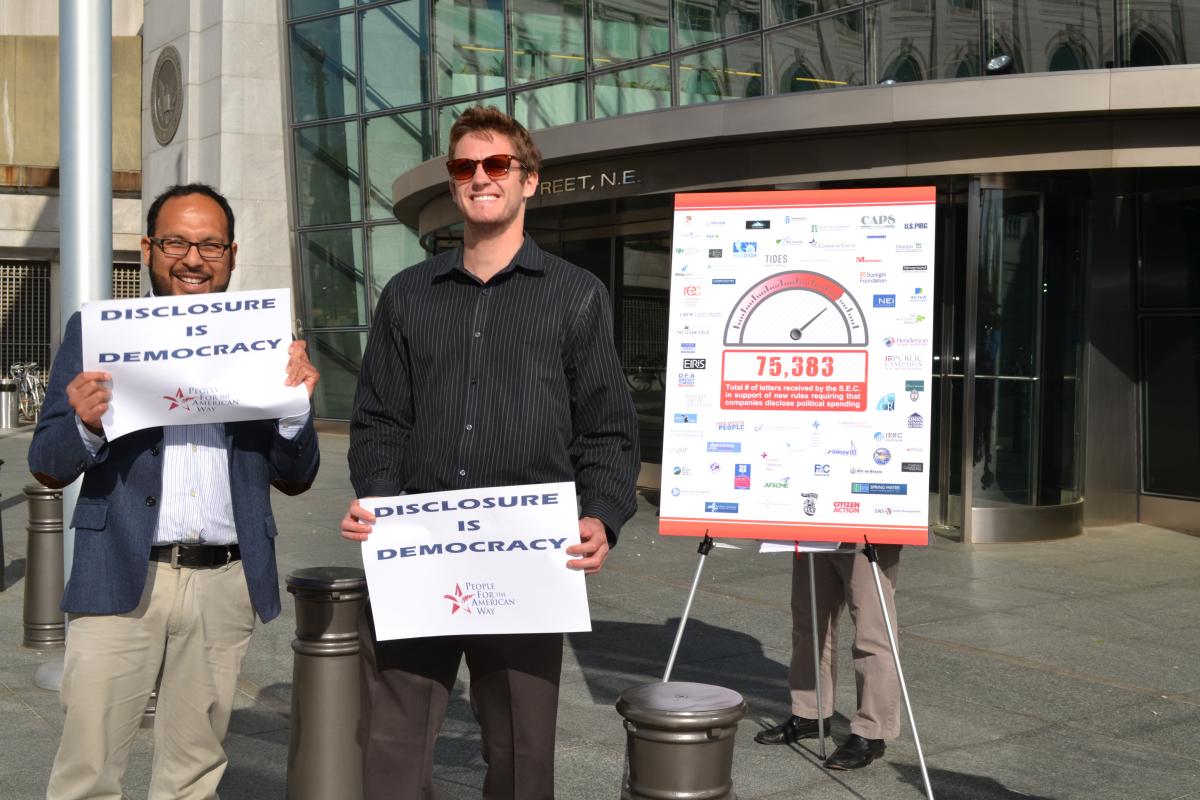 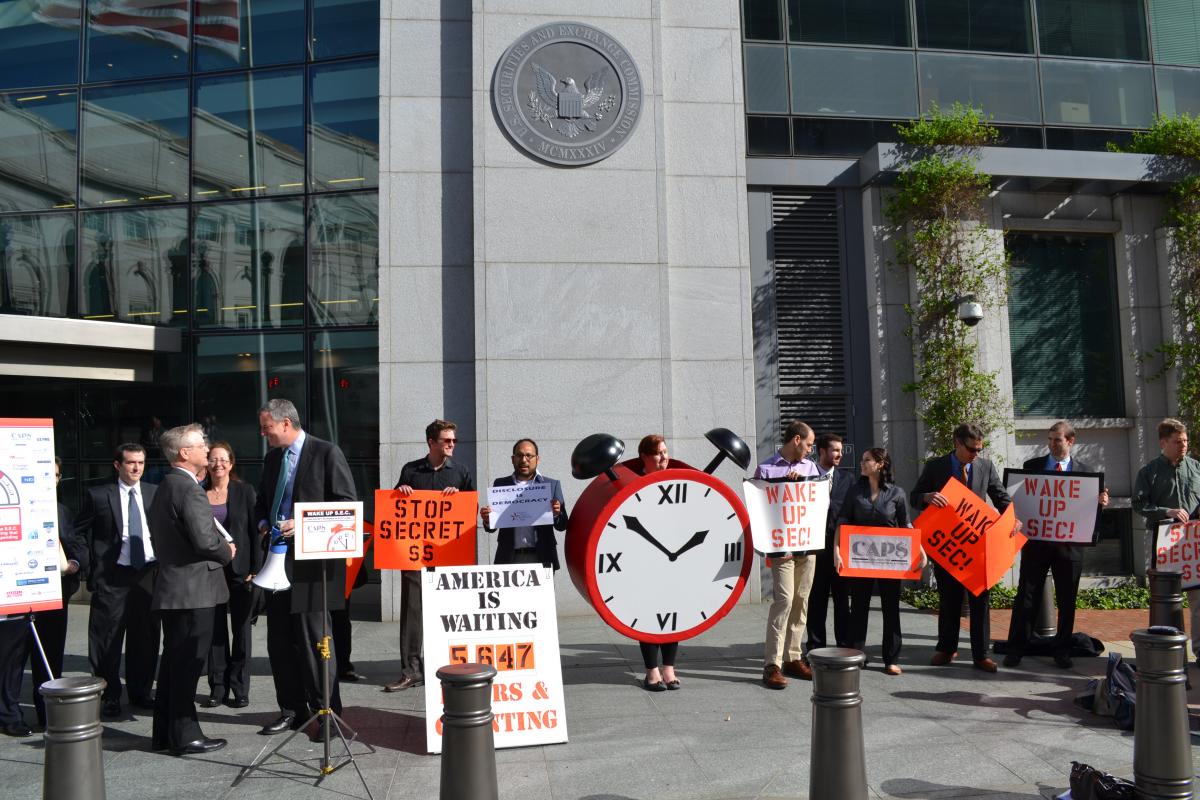