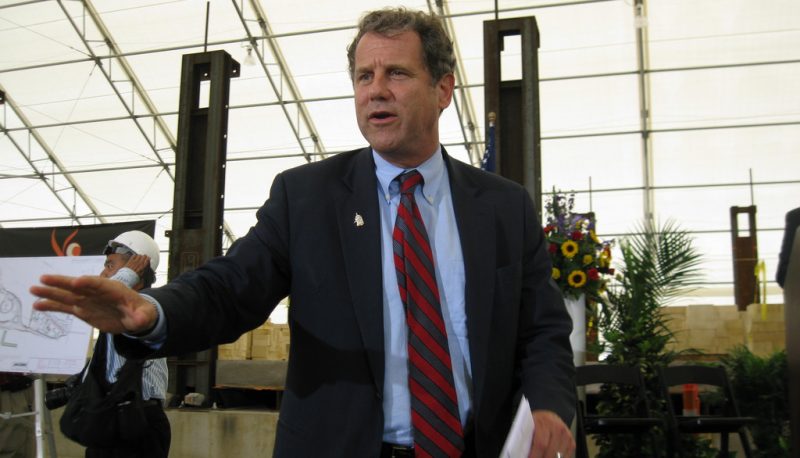 Alliance For Justice President Nan Aron began the call by addressing Justice Kennedy’s retirement and underscoring the fact that Trump has yet another opportunity to put forth a far-right ideologue to serve on the Court. She also stressed that Trump’s assault on the courts is not limited to the Supreme Court and that the lower courts are also being packed with judges that will serve the interests of the wealthy and powerful.

Sen. Brown then laid out the case against Readler, noting that the deputy assistant attorney general for the Civil Division at DOJ filed a brief in support of taking away healthcare protections for millions of Americans with pre-existing conditions. The legal argument was so flimsy that three career attorneys refused to sign the brief. He has been with the Trump DOJ through many more of its anti-civil rights actions including challenging Deferred Action for Childhood Arrivals (DACA), supporting the Muslim ban, removing workers’ protections for people who are LGBTQ, and helping to disqualify millions from overtime pay.

He continued, discussing why Murphy is unfit for a lifetime seat. As Ohio solicitor general, Eric Murphy argued against marriage equality in the Supreme Court case, Obergefell v Hodges, making the unfounded and inaccurate argument that marriage equality would be “disruptive” for constitutional democracy. Sen. Brown also criticized Murphy for defending Ohio’s harmful voter purge law and the restriction of early voting in the state.

Calling both Readler and Murphy “as egregious as [Thomas] Farr,” Sen. Brown said we need an “all hands on deck” resistance to these Trump nominees. Both have had careers during which they have done tremendous harm to children’s access to quality education, taking away the right to vote, and fighting marriage equality, he said. And as young nominees, they could be in lifetime seats on the bench for decades to come – long past the Trump presidency. There is a real opportunity to block these nominees, said Sen. Brown, and activism is important to making that possible.

Sen. Brown also discussed Justice Kennedy’s retirement and stressed that McConnell and Republicans on the Senate would be prioritizing lower court nominations at the same time as the Supreme Court nominee.

He finished with this important action item: Raise your voices on the Supreme Court and the lower courts. Talk about how these issues affect you and the people you care about. We can’t afford to lose.