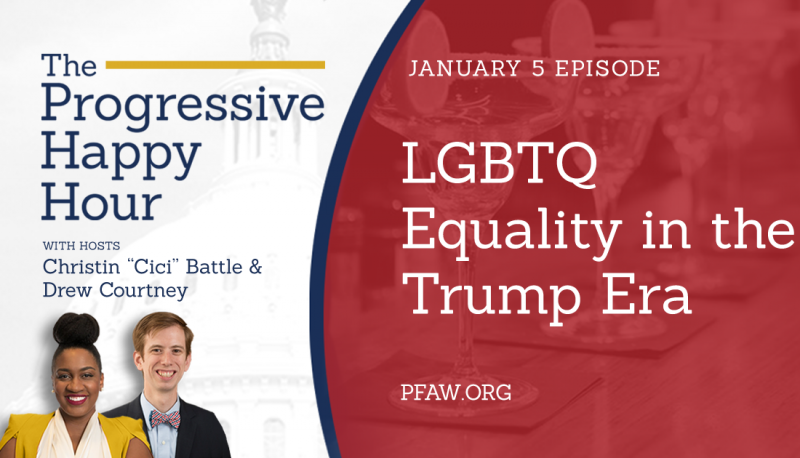 While running for president, Donald Trump tried to paint himself as a pro-gay candidate, pledging to “do everything in my power to protect LGBTQ citizens.” But Trump’s many attacks on LGBTQ communities in his first year—including his recent decision to fire every remaining member of the Presidential Advisory Council on HIV/AIDS—highlights how much of a lie this has always been.

In the January 5 episode of “The Progressive Happy Hour,” hosts Christin “Cici” Battle and Drew Courtney sit down with PFAW Senior Fellow Peter Montgomery to talk about the dismissal of the HIV/AIDS council and the Trump administration’s ongoing efforts to undermine LGBTQ equality.

Also in this episode, Cici takes a moment to remember the life and legacy of Erica Garner.