Over 100 activists rallied in Washington DC today to call for justice for Trayvon Martin. The people gathered had another point to make as well: Americans are fed up with ALEC’s pernicious influence in writing pro-corporate legislation and pushing it through state legislatures across the country. Today, outside ALEC’s headquarters, we made sure we were heard.

People For’s Diallo Brooks spoke at the event, calling attention to role ALEC and the NRA played in setting the stage for this tragic situation. While racial profiling may be at the heart of this case, the laws pushed by ALEC at have hampered Trayvon’s family’s ability to seek justice, just as ALEC legislation has done to so many Americans. 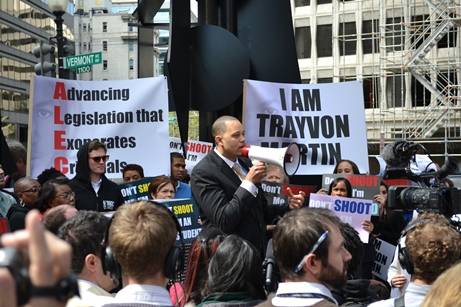 Here are some additonal photos from the event: 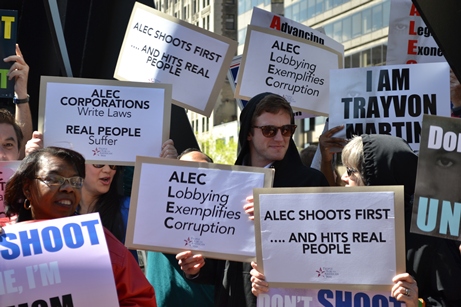 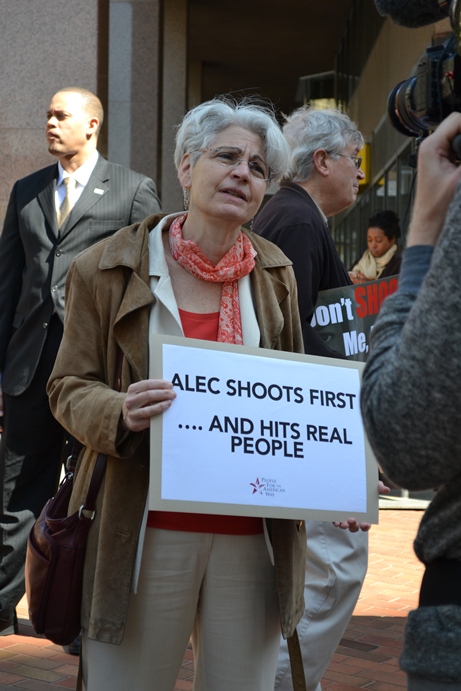 People For the American Way also signed and delivered a letter to ALEC demanding that they disclose their financial ties to the National Rifle Association and desist from promoting "Shoot First" laws. You can read the letter here.