Raising the Rent on the Lowest-Income Families? Not On Our Watch. - People For the American Way
Skip to main content

Raising the Rent on the Lowest-Income Families? Not On Our Watch. 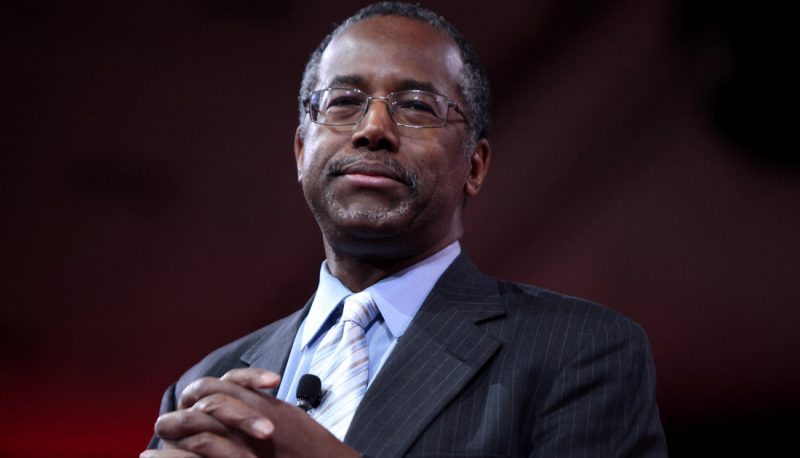 In another modern day example of how the rich are robbing the poor, the Washington Post reported Wednesday that Housing and Urban Development Secretary Ben Carson plans to introduce a proposal to triple what the lowest-income households have to pay in rent.

How insulting it is for Carson to offer such proposals given the amount of waste in his own office and throughout the government: money that could’ve supported people and programs who really needed it instead of lining the already-privileged pockets of the people in charge. How insulting for him to go after those who can least afford it.

Carson owes an apology to low-income Americans—to all Americans—for the disrespect he has shown since he was confirmed to this office.

There is no value that justifies putting vulnerable populations, families, or children further into poverty. This is not a statement of “love thy neighbor!” It is the opposite: a statement of classism, harmful public policy, unwise decision making, discrimination, and the further devaluing under this administration of what we know to be “life, liberty and the pursuit of happiness.”

Instead of increasing rent for families already struggling, let me strongly suggest that Carson seek instead to increase integrity, ethics, compassion, and a sense of community at the agency he has unfortunately been charged to run.  Maybe Carson should re-read the mission of HUD, which is about creating “quality affordable homes for all” and “improving quality of life.” It’s an agency that has “development,” not “underdevelopment,” in its name.

Secretary Carson, this administration, and members of Congress are put on notice: that the people of this country—wonderfully diverse in race, class, culture, religion, education, geography, identity, philosophy, and creed—are united against the possibility of the federal government becoming, in essence, a “slumlord.”  We will not be defeated.