As part of the Corporate Reform Coalition, People For the American Way has been pressing for solutions to the problem of major corporations using their vast treasuries to influence elections. Our message to corporations is clear: leave democracy to the people and stop spending money on politics.

Corporate money in politics affects Americans not just as citizens, but as investors. If you own stock or contribute to a 401(k), corporations could be using your money to fund candidates, causes or political ads that you may not approve of, all without your knowledge. Even students are at risk – the endowments of many colleges and universities invest those funds with corporations that make secret political contributions.

This week, as activists descended on the annual shareholder meetings of 3M and Bank of America, student groups took the opportunity to stake their claim in the issue and demand that companies refrain from using endowment funding in order to influence our elections. 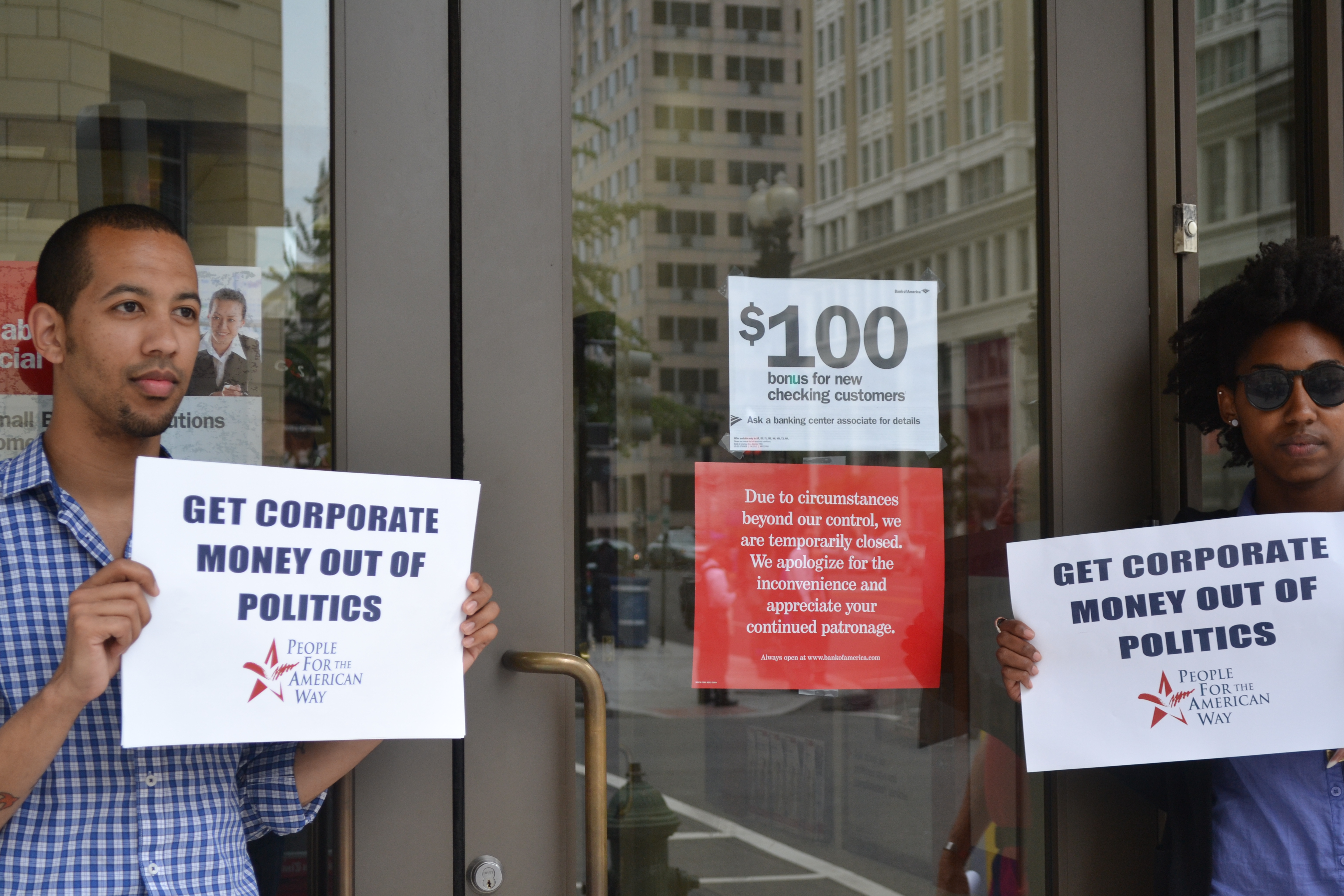 The branch of Bank of America in Washington DC we visited wasn’t eager to hear from students concerned about where there tuition dollars were going. The bank locked its doors during the protest – barring activists and customers alike from the premises. But the message has been sent: All Americans, from students to seniors, have a right to a electoral process that is free from the corrosive influence of undisclosed, unaccountable corporate and special-interest political spending.