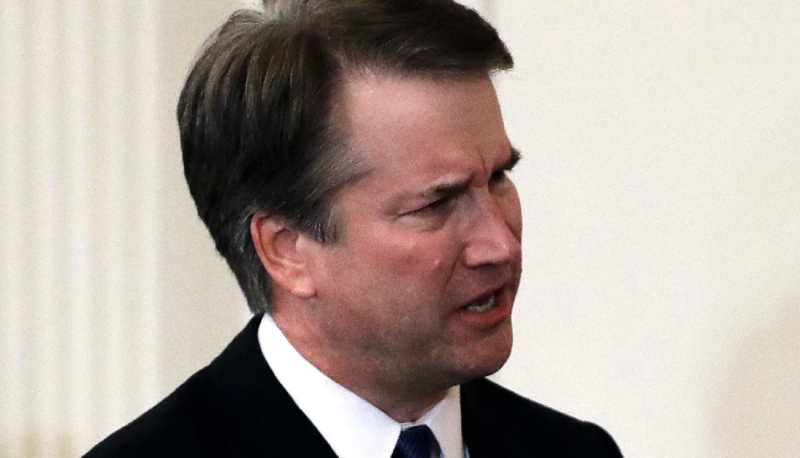 In hearings on the nomination of Supreme Court nominee Brett Kavanaugh, most Republican senators manifested a dewy-eyed naiveté with regard to Kavanaugh’s position on Roe v. Wade. Chairman Chuck Grassley went so far as to urge Kavanaugh not to comment on whether or not any particular cases were rightly decided so as not to disturb his posture of pristine ignorance.

But Senator Lindsey Graham didn’t get the memo. He made a different argument—one that comports much better with what we know about Brett Kavanaugh’s record. Instead of claiming we couldn’t know how Kavanaugh would rule on a challenge to Roe, he acknowledged that of course Kavanaugh would overturn Roe, arguing that Hillary Clinton promised nominees who would uphold Roe and Donald Trump promised nominees who would overturn Roe, implying that Senators should simply accept that as a fact of life. On Sunday, he even said flatly that “[Roe] can be overturned, like every other decision.”

Ok. Fair enough. The conclusion that Kavanaugh will bring an anti-choice agenda to the Court certainly fits the fact pattern.

Someone should introduce this Lindsey Graham guy to Senator Susan Collins! After all, Collins has said that she wouldn’t vote for a nominee hostile to Roe. And she purported to buy Kavanaugh’s explanation that Roe v. Wade is settled law. That’s despite all the evidence—and Graham’s apparent agreement—that Roe won’t be settled for long if Kavanaugh is confirmed.

Collins has access to all the same information Graham does when it comes to the future of Roe. The only difference is that she’s happy to pretend she doesn’t.