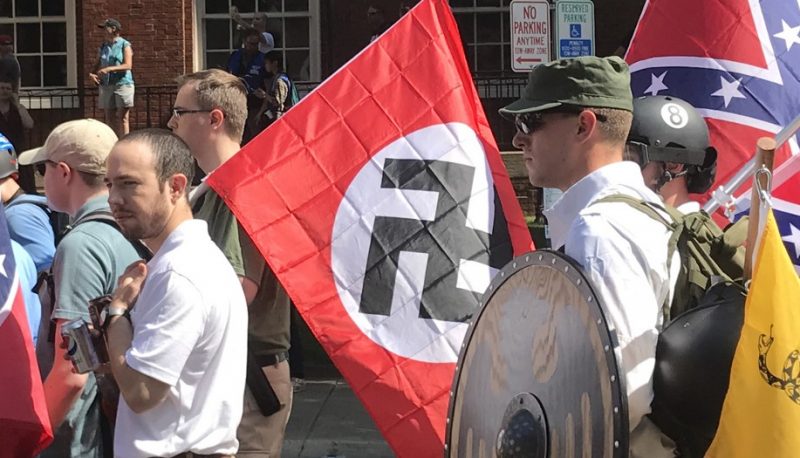 Right Wing Watch: 16 Far-Right Candidates Working to Pull the GOP to the Fringe in 2018

This piece was originally posted on Medium.

The Republican Party has a neo-Nazi problem. At least three congressional candidates running as Republicans are doing so explicitly to promote white nationalist and anti-Semitic platforms.

It’s hard to be shocked anymore, but this certainly feels like a new low. It would be difficult to conceive of this even being possible in one of the two major American parties, that is until now. The GOP has eventually disowned all three candidates, but at some point they must have to wonder why these figures are gravitating toward their party and feel at home there.

These aren’t just extremists who gather just enough signatures to get on a ballot. In March, the country was shocked when Republican voters in Illinois’ Third Congressional District nominated Arthur Jones, a Holocaust denier and former member of the American Nazi Party. Jones was running unopposed in the primary. The state GOP did denounce him and campaigned against him, but still more than 20,000 Republicans in the district affirmatively voted for him.

If it was just Jones—a candidate abandoned by his party in a district that’s heavily Democratic anyway—maybe it could be dismissed as just a terrible political fluke. But it’s not just Jones.

It’s also Paul Nehlen. In 2016, Nehlen ran a far-right challenge to House Speaker Paul Ryan in his district in Wisconsin. In that race, Nehlen often echoed Donald Trump, attacking immigration and trade and at one point saying the country should “have a discussion” about deporting all Muslims. He also built a national profile thanks to the support of some of the same people who were backing Trump and who had helped orchestrate the 2014 upset defeat of House Majority Lader Eric Cantor in Virginia.

Breitbart News, which was controlled by Steve Bannon until Bannon left to join Trump’s campaign, was Nehlen’s main media booster. Sarah Palin campaigned for him, as did Ann Coulter and Michelle Malkin. Trump himself even praised him in a tweet.

Nehlen lost to Ryan in 2016, but he continued to be a hero to some of the pro-Trump world. Breitbart was offering glowing coverage of him up until October 2017. In November, he sponsored and spoke at an anti-immigrant event alongside Bannon and now-Virginia Senate candidate Corey Stewart—all of this even while he started openly catering to white nationalists.

Then, in December, Nehlen started taking his already apparent extremism to the next level. As he prepared for another run against Ryan, he went on an anti-Semitic podcast called “Fash the Nation” and started sharing white supremacist memes on social media, including posting a racist image about Meghan Markle. He also went all-in on anti-Semitic conspiracy theories, at one point posting a list of his critics in the media who he believed were Jewish. He went on another neo-Nazi podcast to talk about how he is “a pro-white candidate.”

Eventually this was enough for Bannon to publicly distance himself and the Wisconsin Republican Party to disown him. But now that Ryan has decided not to run for reelection, Republicans are struggling to find a viable candidate to run against him. He just may be the nominee for Ryan’s seat this year.

Two white supremacist, anti-Semitic congressional candidates may be a coincidence, but can we say that three is a trend?

In California, a Republican named Patrick Little is hoping to challenge Sen. Dianne Feinstein in November. Little identifies himself as “Your Counter-Semitic Candidate for US Senate” and says of his supporters that “we want to be around other whites, safe from non-whites” and “free from Jews.” He says that he’s an admirer of Adolf Hitler. Just last month, Little made clear that he saw nothing wrong with viciously anti-Semitic robocalls that claimed he would “get rid of all the nation-wrecking Jews from our country.” You get the picture.

After PFAW’s Right Wing Watch reported on Little’s views, the California GOP kicked him out of its state convention. But one poll from this spring showed Little running second to Feinstein in the state’s open, top-two primary. And Little has pointed to what probably should be obvious to the GOP if it wants to diagnose the cause of its neo-Nazi problem: Donald Trump and his political success using hate and fear.

Little said in a recent interview with former Ku Klux Klan leader David Duke that he thinks Trump is “aware of the Jewish question” and hopes that he can be convinced to “name the Jew.” In one campaign message, he called Trump a “pro white candidate,” even though he “was just using dog whistles to give us hope again.”

Trump has encouraged bigotry and empowered extremists throughout his presidential run and his presidency, launching his campaign with pernicious attacks on Latino immigrants, proposing a “total and complete” ban on Muslim travel and implementing a version of it, and calling the violent white supremacists who killed a woman in Charlottesville “very fine people.” Is it any wonder that vocal white supremacists are looking for a home in his party?

Sadly, anti-Semitism isn’t a problem just on the Right. Nor is any type of bigotry. But Trump has helped encourage anti-Semites and other bigots to come out of the woodwork. They know it, and they’re doing it openly and proudly.

The American people need to send a loud and clear message in November to Trump and his party that this is not the America we want. 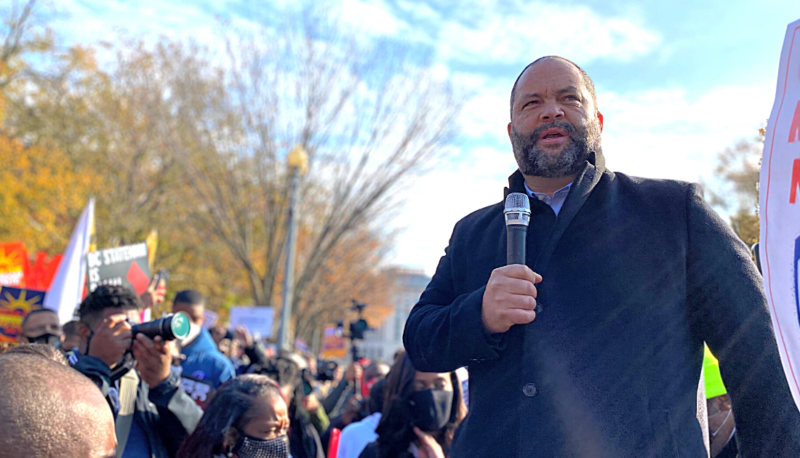