The Johnson Amendment and Who the Right Would Leave Behind 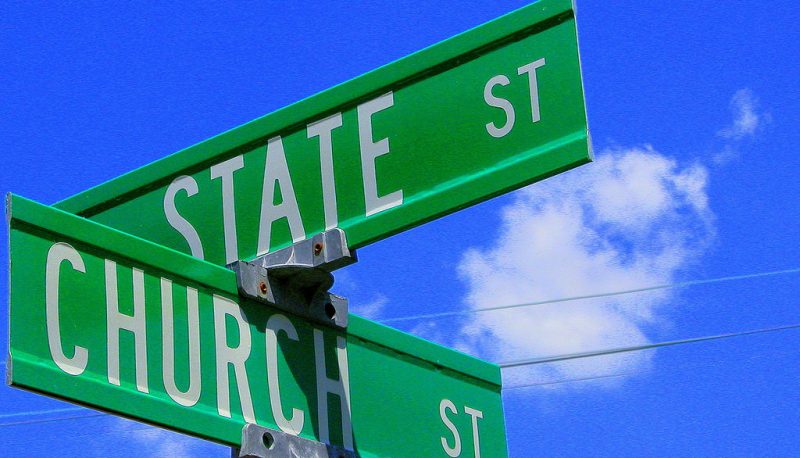 With President Trump’s executive order today, the so-called Johnson Amendment is in the news again.  For years, the Religious Right has been claiming that it muzzles religious voices.  To see how absurd this claim is, it helps to have some basic background:

Under the law, nonprofits can opt to make their donations tax-exempt.  This creates an enormous incentive for donors to give to such organizations over others, because they can then count their donations as deductions on their income tax returns.

But there are conditions, spelled out in the Johnson Amendment: In exchange for accepting this government subsidy, organizations agree to limit their political activities.  Specifically, they consent to limiting how much lobbying they can do, and they agree not to engage in political campaigns for or against anyone running for office.  But they can still talk about the issues as much as they want.  An enormous variety of “501(c)(3)” nonprofit organizations operate this way, not just churches.

So the idea that churches are being muzzled is ridiculous.  First, pastors can talk about the issues as much as they want, and clergy are free to endorse or oppose candidates in their individual capacities.  And second, the arrangement is 100 percent voluntary. The churches are perfectly free to operate with donations that are not tax deductible, and this would allow them to engage in more lobbying and in political campaign spending and activity.

Far-right organizations have long been framing the Johnson Amendment as applying only to religious entities, and as an affront to free speech and religious freedom.  They approached today seeking an executive order that would give them what they want: a religious exemption.

If the Religious Right were to get the blanket exemption they seek, right-wing churches could be opening their coffers to enormous political contributions from donors taking advantage of the tax deduction.  Money would just be flowing in—but only to them, not to the vast majority of 501(c)(3) organizations that would remain subject to the Johnson Amendment.  Organizations that help the poor, the weak, and the vulnerable would still be subject to a law that the Religious Right condemns when it is applied to them.  Just to name a few:

Tough luck, do-gooders.  The Religious Right would seem to be perfectly willing to leave you in the dust.