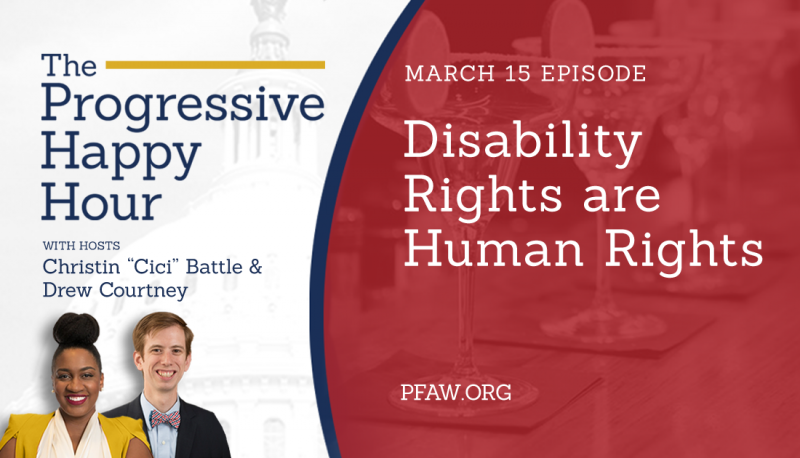 In addition to highlighting educational gaps between white affluent families and lower-income families and/or communities of color, one especially shameful detail of the recent college admissions scandal is that many students faked learning disabilities to “game” the admissions system. Falsely claiming a disability has damaging and real consequences for people with disabilities: it undermines their educational rights and perpetuates the discrimination they face not just in the classroom, but in housing, employment, and other key areas of life.

In the March 15 episode of “The Progressive Happy Hour,” cohost Drew Courtney and guest host Diallo Brooks talk to Dara Baldwin, director of national policy for the Center for Disability Rights (CDR), about the many forms of discrimination that people with disabilities experience and what progressives can do to support disability rights.

Race, ethnicity and other intersecting identities uniquely affect people who are disabled, Dara continued. As one example, she noted that young Black and brown gun violence survivors are at higher risk of long-term institutionalization: “When a shooting happens and a young person survives … they often end up in nursing homes because they can’t go back [to their former homes].”