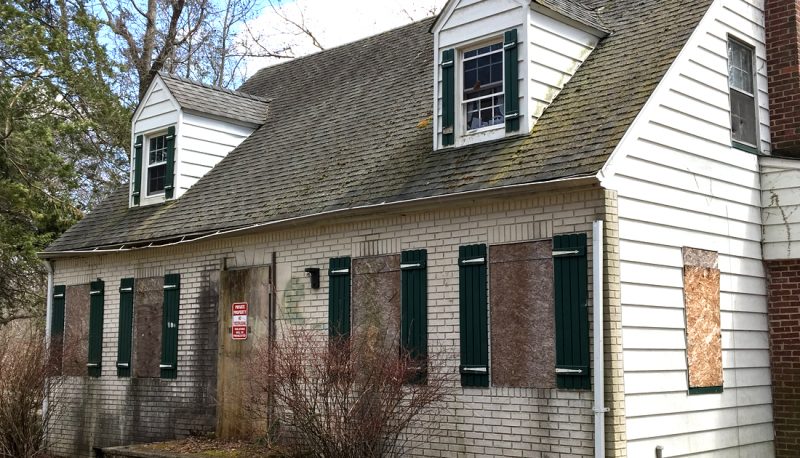 All five Trump 5th Circuit judges – James Ho, Kyle Duncan, Kurt Engelhardt, Andy Oldham, and Don Willett – joined a divided opinion by Willett for the full court that affirmed a ruling by a three-judge panel striking down a federal statute that provided that the president could not fire the head of an independent federal housing finance agency without cause. Based largely on a theory advanced by then-Judge Brett Kavanaugh, which was rejected by the D.C. Circuit, the majority effectively amended the statute to require that the president be able to fire the FHFA head for any reason at all.

A majority also sided with a dissent by Willett in the panel decision and ruled that a lower court should consider a statutory challenge to FHFA actions that displeased hedge funds and large real estate investors, despite contrary rulings by five other federal circuit courts. And some of the Trump judges argued that the court should itself overrule the challenged actions by the Federal Housing Finance Agency (FHFA), despite dissents by several conservative George W. Bush appointees. The decision in Collins v. Mnuchin was issued in September, around the same time that the Trump administration itself took similar troubling actions on housing finance and presidential power.

As explained in PFAW’s previous blog post on the panel decision, this case concerns a law passed by Congress and signed by President Bush to help “reverse a national housing market meltdown” and deal with the mortgage and financial crisis a decade ago. The two government sponsored entities (GSEs) that are “mainstays of the U.S. mortgage market” – Fannie Mae (the Federal National Mortgage Association) and Freddie Mac (the Federal Home Loan Mortgage Corporation) – were beginning to suffer financial instability because of the large number of toxic subprime mortgage loans by banks. To “protect the fragile national economy from future losses,” Congress established FHFA as an independent agency to ensure that Fannie and Freddie operate “in a safe and sound manner.” Among its other actions, FHFA arranged for the Department of the Treasury to provide over $200 billion in financing to the GSEs, in return for an agreement to pay back that funding expeditiously, which required deferring payment of dividends to large investors who are shareholders of the GSEs.

The shareholders objected and several filed suit, claiming that the FHFA did not have authority to take the action under the law, and that the FHFA itself was unconstitutional because it is led by a single director who can be removed by the president only for cause. The district court found for the agency on both claims, and the investors appealed. After the panel issued a 2-1 decision in which the majority split on the two issues, the full 5th Circuit agreed to rehear the case.

The court issued more than 120 pages of conflicting opinions on behalf of different groups of majority and dissenting judges. Willett wrote one opinion for a majority  that agreed with the panel ruling and held that the FHFA as structured by Congress was unconstitutional. They relied heavily on the reasoning of then-Judge Brett Kavanaugh in arguing in dissent that the Consumer Financial Protection Bureau (CFPB) was unconstitutional in PHH Corp. v. CFPB, even as they claimed the case was distinguishable. They claimed, as Kavanaugh did, that having a single director removable only for cause “limits the President’s removal power” so much that it violates Article II of the Constitution. As a remedy, they ordered that the law be effectively rewritten to allow the President to remove the FHFA director for any reason at all. As Judge Stephen Higginson wrote for the dissenting judges, however, the majority’s opinion contradicted a “precedential barrier they cannot surmount” –three Supreme Court decisions that “affirmed Congress’s power to insulate officials against presidential removal” without good cause.

In addition, with the votes of all five Trump judges, a different 9-7 majority decided, in accord with Willett’s panel dissent, to reverse the district court’s dismissal of the claim that the FHFA action to help finance the GSEs violated federal statutory law. The dissent, written by Bush appointee Catherina Haynes and joined by  Bush appointee Leslie Southwick, strongly disagreed, pointing out that the courts of appeal in “five other circuits have held” that federal law “bars us from granting the relief” sought by the shareholders on their statutory claims.

But Willett, joined by Ho, Engelhardt, Oldham, and three other judges, tried to go even further. They argued, in a separate partial dissent, that based on the ruling that the FHFA was unconstitutionally structured, the court should itself invalidate the actions it took to provide funding to the GSEs and expeditiously collect repayment. A different 9-judge majority, including Haynes, Southwick, conservative Bush appointee Priscilla Owen, and Kyle Duncan, firmly rejected this “remedy” for the FHFA’s unconstitutionality. As Duncan wrote, there was “no support” for Willett’s “categorical proposition” that the actions of the “unconstitutionally-insulated” FHFA director “must be set aside”, in addition to giving the President the power by judicial fiat to remove the director at will.

The majority rulings written by Willett and joined by all the Trump judges are particularly troubling. One commentator has noted that the reasoning concerning the unconstitutionality of the FHFA could even be used to “strip independence from the Federal Reserve’s Board of Governors.”

Around the same time as the Collins decision, moreover, the Trump Administration itself took similarly disturbing action. Shortly after the ruling, Trump’s solicitor general filed a brief with the Supreme Court urging that it accept another challenge to the CFPB and rule that it is unconstitutional for reasons similar to those argued by Willett’s Collins majority and in the dissent of then-Judge Kavanaugh. And shortly before the 5th Circuit provided a substantial win to GSE  shareholders by reviving their statutory claims against FHFA, the Trump Administration proposed a new housing finance plan that has been criticized because it would harm “minority borrowers and aspiring homeowners” but provide a “potential windfall for hedge funds that have invested heavily” in GSE shares. Both the Willett 5th Circuit majority decisions and recent actions by the Trump Administration threaten Congress’ authority to establish independent agencies and our nation’s housing finance system.