The D.C. Circuit did something today it doesn’t do very often:  It issued a unanimous en banc opinion.  All 11 judges on the court, conservative as well as progressive, rejected as meritless an effort to strike down a federal law prohibiting federal contractors from contributing money to federal candidates, parties, or committees.  This common-sense “pay to play” prohibition has been on the books for 75 years and, fortunately, will remain in force.

In Wagner v. Federal Election Commission, the plaintiffs are individuals who are also federal contractors, and they claim their First Amendment rights are violated by the ban.  In an opinion written by Chief Judge Merrick Garland, the court disagreed.  The court showed how the federal ban serves two key governmental interests: (1) preventing real and perceived corruption (even as narrowly defined by the Roberts Court); and (2) protecting merit-based government administration.

The opinion delves in great detail into the history of campaign finance corruption involving contractors, as well as others similarly situated to contractors (such as federal employees).  Decade after decade, from the 19th century to the 21st, the judges take us on a tour of one example after another, on both the state and federal level, of the corrupting influence of money.  It is hard to read this section of the opinion and not want to shower afterward.

Refreshingly, the court doesn’t close its eyes to how the world really works.  For instance, the plaintiffs argued that the introduction of formalized competitive bidding since the ban was passed in 1940 immunized the system from the type of political interference that motivated passage of the statute.  But as several of the examples show, contracting is anything but immune from political interference, including from members of Congress and the executive branch.  As the court writes:

Unlike the corruption risk when a contribution is made by a member of the general public, in the case of contracting there is a very specific quo for which the contribution may serve as the quid:  the grant or retention of the contract.  Indeed, if there is an area that can be described as the “heartland” of such concerns, the contracting process is it.

Today’s opinion applies only to bans on contributions to candidates, parties, and committees; the issue of independent expenditures wasn’t before the court.

But here’s a question to ponder after reading this opinion’s long history of corruption surrounding the nexus of federal contracts and money in politics:  If a contractor publicly giving $100 to a candidate creates an appearance of corruption that can be banned, then why do we let that contractor secretly give $1 million in dark money to some shadowy entity buying ads slamming that candidate’s opponent?  Shouldn’t we know how the money is flowing?  As today’s court ruling shows, federal contractors are right at the nexus of concerns about money in politics. 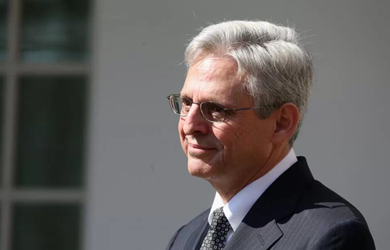