Wading Into the Swamp: Member Telebriefing on Trump’s First 100 Days - People For the American Way
Skip to main content

Wading Into the Swamp: Member Telebriefing on Trump’s First 100 Days 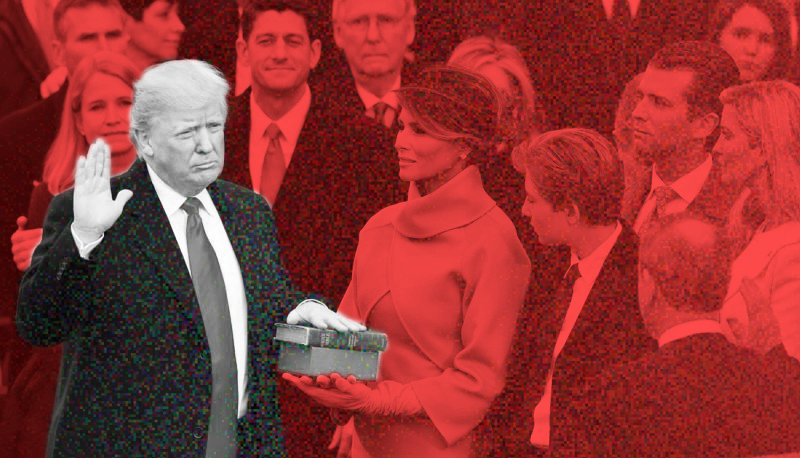 Last week, just before we officially hit the marker of Donald Trump’s first 100 days in office, PFAW held a telebriefing to discuss how this so-called “honeymoon period” has gone for the president. Historically, as Brian Tashman, PFAW Senior Research Analyst and frequent Right Wing Watch contributor explained, “the first 100 days has been treated by press and lawmakers as a real window for the president to get his major policies done.” Tashman noted that while Trump made some pretty big promises for his first 100 days (evidenced by a video message listing these promises), he did not sign any signature legislation, and he also claims that he was never involved in the hype.

Arn Pearson, PFAW Senior Fellow said “Trump’s record in terms of ethics and corruption in the first 100 days is as remarkable as it is depressing.” Pearson gave historical context for the magnitude of the political swamp that Trump has created. Although, according to Pearson, “these issues around integrity in our government were central to the forming of our Constitution” we have ended up with the “least ethical and most secretive president in modern history.”

The discussion moved on to what Trump has managed to achieve during this period, despite a series of major legislative losses and losses in the courts. Trump actually scored major wins for the Religious Right despite the media having portrayed him as a social moderate. In his giveaways to the Religious Right, Trump “completely outsourced the judicial selection process to groups like the Federalist Society and the Heritage Foundation that are closely aligned with the Religious Right’s political agenda”, according to Tashman. He’s also staffed his administration with far right activists like Betsy DeVos, Jeff Sessions, and Ben Carson. Tashman also pointed out that Trump reinstated the global gag rule and expanded it so that groups that work on HIV prevention, infectious diseases, and maternal care could be defunded if they talk about abortion.

A thoughtful question came from a PFAW member who asked how they could reach across state lines if all of their members of Congress are Democrats. Marge Baker, PFAW Executive Vice President, encouraged PFAW activists to use their networks of friends, family members, acquaintances, and colleagues to convey the message to moderate Republicans about the “need to come to their senses. [They] can’t be a rubber stamp on the really vicious, evil agenda Trump is pushing.”

Toward the end of the call, Baker reminded us that the people are taking the lead in this fight, and that’s who will turn this around. We must ensure that Democrats know we have their backs when they fight Trump’s corruption and harmful agenda, and we need to keep holding the Republicans accountable for their support of this harmful agenda.

Listen to the audio from the call below: