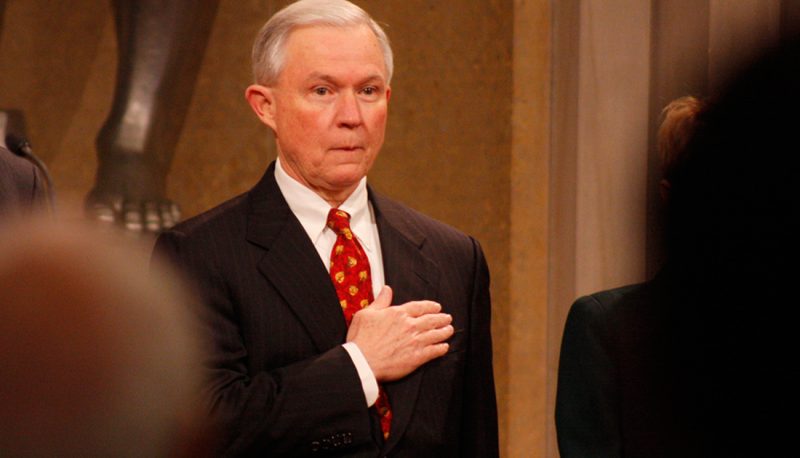 His case that the way to fight crime is to crack down harder, with longer prison sentences, is a simple one, but it’s also wrong: Longer sentences are a waste of time and money. They harm communities they claim to help and we’ve seen time and again that they just don’t address the root causes of drug addiction or violent crime.

Take it from this black kid born in the inner city in the late 80s—the height of the crack epidemic. I have more reason than most to hate dealers: my father’s addiction is the reason I spent my infancy in a homeless shelter.

But our family didn’t need longer sentences for my father’s dealers. Any time one got locked up my dad would just go somewhere else. It might feel good to lock someone up and throw away the key, but that wouldn’t have solved the problem then and it doesn’t solve it now.

Then, as now, we needed more detox facilities in our neighborhood, better job opportunities for my mom, and more affordable childcare for us. Those programs, not just a bumper-sticker “tough on crime” talking point, would have made a powerful difference for my family and for our community.

And take it from the mayor of a city and head of a police department. We don’t need to keep people in jail longer. We need to stop them from going there in the first place with pre-K education, affordable housing, and job training.

Challenging the conventional wisdom on mandatory minimum sentences isn’t a partisan issue. Both parties know that longer sentences don’t keep us safer, they just empty our wallets; food and housing for prisoners is expensive. My Republican friends rightly distrust feel-good solutions that don’t actually produce results. For some people nothing feels better than long sentences; but they don’t work, and they cost too much money.

Instead of doubling down on a failed drug war, the federal government should attack the root of the problem. Find out why people are addicted, help them beat their addiction, and help their families succeed.

Svante Myrick is the director of youth leadership programs at People For the American Way Foundation and the mayor of Ithaca, New York.