We’re in the Fight for Justice For All 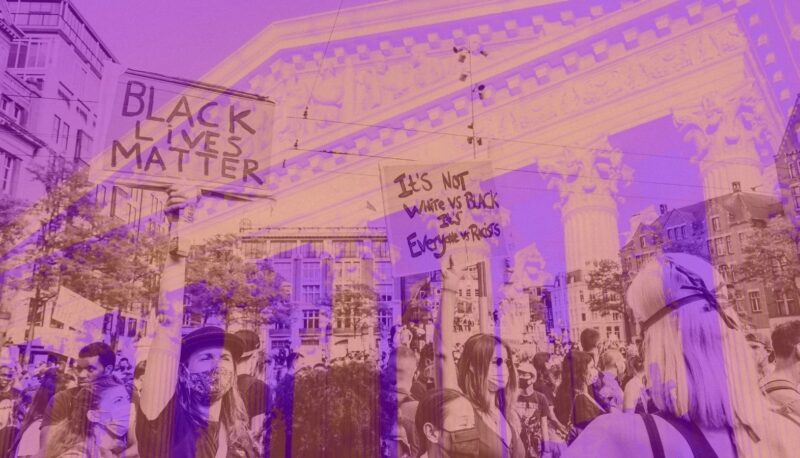 The Supreme Court’s decision to review two new cases on affirmative action and environmental protections add to a long list of cases that put some of our most fundamental rights at risk. The threat may feel enormous, but we cannot afford to lose hope. Now is the time for us to band together and center the federal courts – and the Supreme Court – in our long-term fight for justice and freedom.

What’s happening in the Supreme Court

This week, the Court announced that it will hear two new cases – a challenge to affirmative action and a case that could cause serious damage to our clean water protections.

On January 24th, the Court announced that it will review lower court rulings that have approved the use of affirmative action to increase diversity at Harvard and at the University of North Carolina. Less than six years ago, the Court upheld carefully structured college affirmative action plans that are not set-asides or quotas, but instead take race into account in individual college admissions.

But since then, the Court’s composition has changed radically. Right-wing Trump Justices Brett Kavanaugh and Amy Coney Barrett replaced Justices Ruth Bader Ginsburg and Anthony Kennedy, who had voted in favor of affirmative action. The Court’s decision could very well achieve one of the far right’s goals of completely eliminating affirmative action.

Eliminating affirmative action would have a lifetime of impact on people of color that go beyond just educational opportunities. A study published in 2020 “found that Black and Latino students suffered” after California’s public universities banned affirmative action. According to NBC News, Black and Latino students suffered the impacts of this decision for over 15 years.

Affirmative action isn’t just about diversity. It’s about combatting systemic oppression and working toward an equitable future for all. And this case puts that future in jeopardy.

At the same time, the Court voted to hear a case that could seriously damage our access to clean water by significantly weakening the Clean Water Act (CWA). Fifteen years ago, the Court ruled that the CWA protects wetlands as long as they have a “significant nexus” to rivers or lakes.

Industry groups and right-wing justices like the late Justice Antonin Scalia have tried to limit the CWA’s coverage of wetlands. They have argued to restrict the CWA’s coverage to those relatively few that have a “continuous surface connection” to lakes or rivers. This case follows another crucial environmental lawsuit being argued in February that seriously threatens the EPA’s ability under the Clean Air Act to regulate greenhouse gas emissions from coal-fired power plants. As one environmental expert put it, the new “conservative supermajority” on the Court seems “much more inclined” than in earlier years to “do a slash-and-burn expedition through our major environmental laws.”

All this is in addition to the harm already done this year by the Court’s far-right flank. Just this year, they have allowed Texas’s anti-abortion bounty-hunter law to remain in effect and stopped the Biden Administration’s efforts to make sure big businesses are protecting their employees and customers from COVID 19. Pending cases threaten to completely gut Roe v. Wade and undermine gun safety and religious liberty.

The current right-wing Supreme Court was not inevitable or the result of magic. Right-wing activists, senators, and presidents like Donald Trump have spent decades working to rig the judicial system. They have devoted countless years and millions of dollars make sure the courts rule in their favor.

Things are likely going to get worse – but we can make them better. We’re probably about to see some really scary, really harmful decisions come out of the Supreme Court. Decisions that will make it feel like our rights, our futures, and our lives are in danger.

We cannot and must not give up.

Now is the time to say “no more,” to dig in and fight. To be unrelenting in our quest for justice. We must demand that our Senators and Members of Congress do what we sent them to D.C. to do. That they protect our health care, our reproductive rights, our right to clean air and water, our access to education.

Now is the time to call on our senators to continue putting fair-minded judges and justices on the federal bench.  We need judges from all walks of life who are deeply committed to protecting the rights of all Americans.

And right now, with Justice Breyer’s retirement announcement, we will put the first Black woman on the Supreme Court. And we will reclaim the Court for the people.

We have the power to take back our courts. And together, we can get it done.