This piece is the first in a series of guest blog posts on “Why It’s Time to Dump DOMA.” In the weeks leading up to the Supreme Court arguments on the anti-gay Defense of Marriage Act, we’re asking friends of PFAW to share why dumping DOMA matters to them. Be sure to check back soon for the latest post in the series.

Jon Stewart once said he was fine with gay people getting married, and even fine with them having children, but…“two Jewish mothers?”

I am the twin sister of a brilliant, if sometimes hard to understand, Princeton computer science and philosophy major. I am a product of the New York City public school system and a junior at Oberlin, a small liberal arts college in Ohio. I am a twenty-year-old woman and I am the daughter of two strong and courageous Jewish women.

Since the Supreme Court announced it would take the case of 83-year-old Edith Windsor, a case challenging the federal Defense of Marriage Act, many wonder if marriage equality is in the near future. Edie Windsor, a widow after 40 years with her partner Thea Spyer, was saddled with a federal estate tax bill of $363,000 when her partner Thea passed away. This story is deeply moving and familiar in the concerns it raises. My family also deals with what we call the “gay” tax. We pay thousands of extra dollars each year so one of my moms can be covered by the other’s health insurance plan. If they were married, it would be free. Both of my moms had to buy extra life insurance, because if one died we wouldn’t be able to afford the "gay" federal estate tax imposed on us from the ownership transfer of our apartment. If my parents were married, it would be inherited with no taxes at all.

People ask me all the time what it was like growing up with two moms and I always answer the same way. Instantly defensive, as the self-proclaimed spokesperson for what my moms call the “first generation of gaybies,” I say that growing up with two moms is not different at all. I was lucky, I reply, to have two loving parents at all, and their parenting – not their gender – is what has made the most difference in my upbringing.

And I mean it. 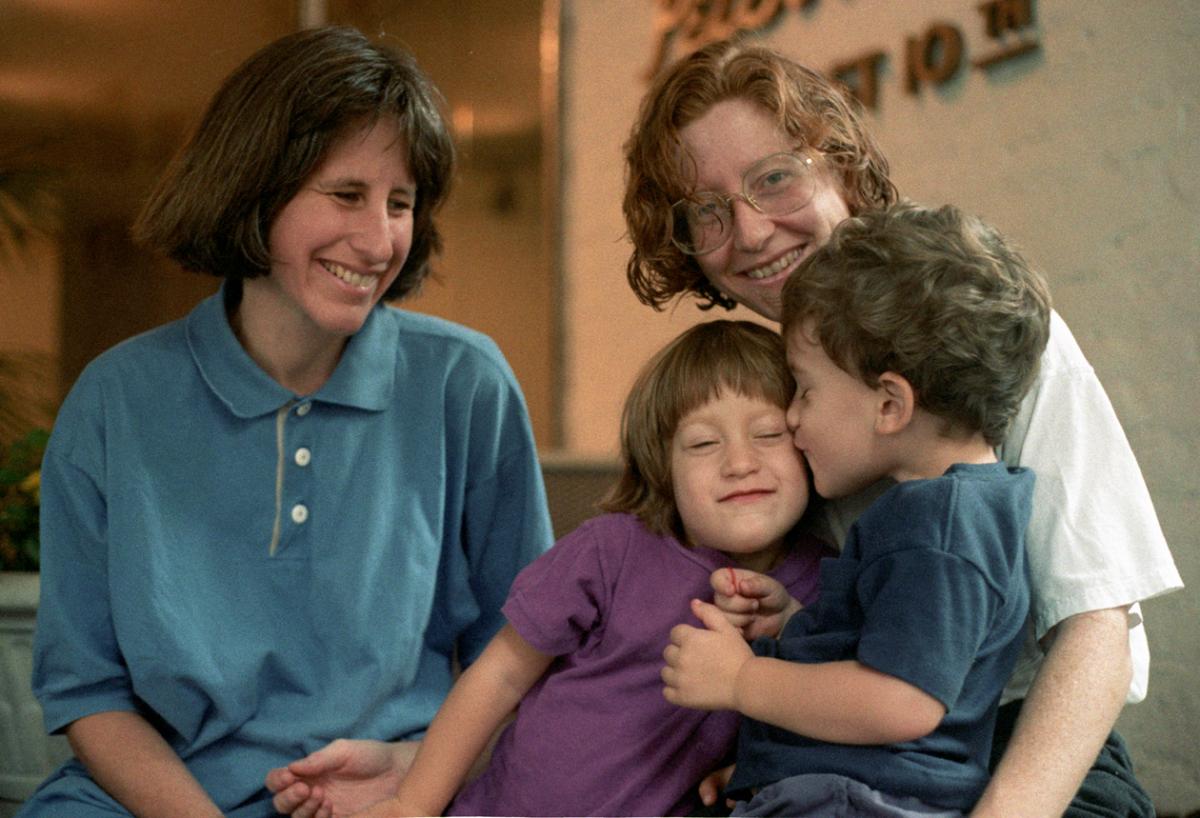 We need to dump DOMA now to let the whole of the United States know that such discrimination and misinformation is harmful to LGBT families. Legal advocates sometimes point to unfair taxation to explain why DOMA is unconstitutional, but the problem goes beyond monetary inequality. DOMA has to go, not just because of my family or because of extra taxes, but because of the bigger message it sends.  DOMA has to go because it teaches that our country can devalue some people while taxing them more. It teaches that gay families do not matter.