Of all the awful acts perpetrated by the Far Right, attempting to prevent certain groups from voting might be the most insidious. Voting is power, and voter suppression is a blatant effort to remove that power from people who would use it for good. Voting affects the issues we care deeply about, from health care to education to public safety to climate change, and the Far Right knows it. So, they go out of their way to control voting rights.

Black voters have always been the biggest target of voter suppression. The reasons seem obvious when you remember the hatred and bigotry that permeates the Far Right. But, below the surface, some interesting facts about the Far Right show us what else motivates their efforts to disenfranchise Black voters.

1. Their Strategists Are Smart

Because the Far Right is so often immoral and bigoted, I realize calling the Far Right smart may feel odd, but it’s true, and we need to be willing to admit it. The people behind the scenes are all about data. They understand their base with mathematical precision, they understand us just as well, and they are deeply, financially motivated to maintain the current distributions of power.

The Far Right wants to deregulate industry, boost corporate bottom lines, let corporations pollute at will, abuse workers and ignore consumer safety all so they and their donors can make more money. Every one of these objectives threatens Black voters who are, more often than not, pro-environment, pro-worker, and pro-consumer.

Centuries of evidence (See: literally everything prior to 1964 and a good portion of things after) show that preventing Black people from voting benefits entrenched power structures. Positive change can’t occur if changemakers can’t act. 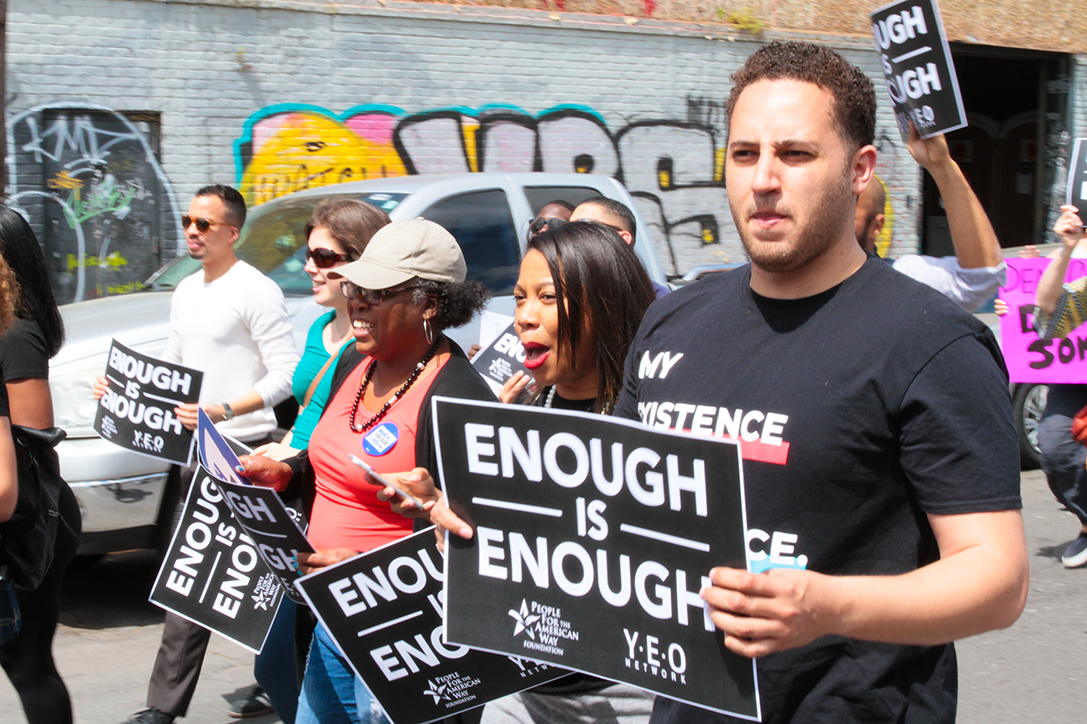 As smart as some in the Far Right movement may be, fear is still a prime motivator at all levels. From the extremist on the ground, to the demagogue spurring them along, to the dark money interests funding the whole operation, fear defines the Far Right. And for them, Black voters are a target of that fear.

Far-right leaders fear losing their power.  Throughout our nation’s history , preventing Black people from exercising—even possessing—the right to vote has been one of the most obvious ways the Far Right has clung to power. Current voter suppression and disenfranchisement efforts are no different.

When Black voters are allowed to exercise our rights, we can change policies in order to promote equality, protect the environment, and defend people’s rights against corporate interests. That terrifies the Far Right. Their power is dependent upon controlling marginalized groups, monopolizing necessities like oil and water, lobbying politicians to do their dirty work, and making vast sums of money with these tactics. So, they do everything they can to disenfranchise Black voters because they know if they don’t…

It’s that simple. When Black people vote, the Far Right doesn’t stand a chance. Their policies are unpopular with the majority of Americans, their fear tactics only work on their base, and the data they’ve used to plan their next moves is increasingly exposed. We can see them for what they are, and we have the power to prevent them from doing more harm.

Yes, voter suppression, gerrymandering, misinformation, disinformation, and political violence are all serious hurdles to overcome, but the Far Right wouldn’t stack obstacles in our way if they didn’t believe we have significant momentum.

So, where do we go with the knowledge that the Far Right is afraid of us and using every bit of intelligence they can muster to disenfranchise us? To the voting booths! We show the Far Right the power of the Black vote and how suppression tactics can’t stop us. No matter the hurdles, the slanders, or even the violence threatening us, the Black vote is strong. The Far Right knows it; we should, too.