On Friday morning, PFAW members gathered outside the Nakoma Golf Club in Madison, WI to protest a fundraiser held by Scott Walker. Activists held signs calling on voters to “Ship Walker Overseas, Not Jobs,” and letting Walker know that “Time is Up” and Wisconsinites have had enough. 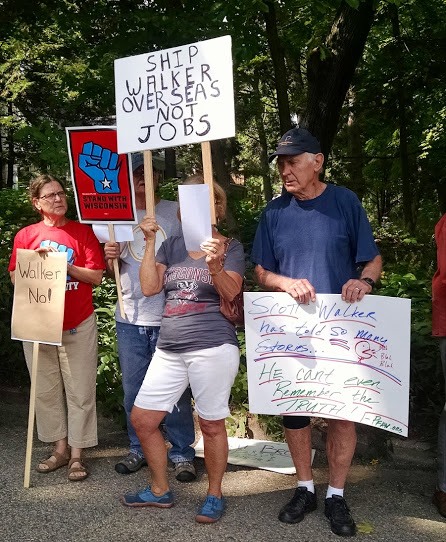 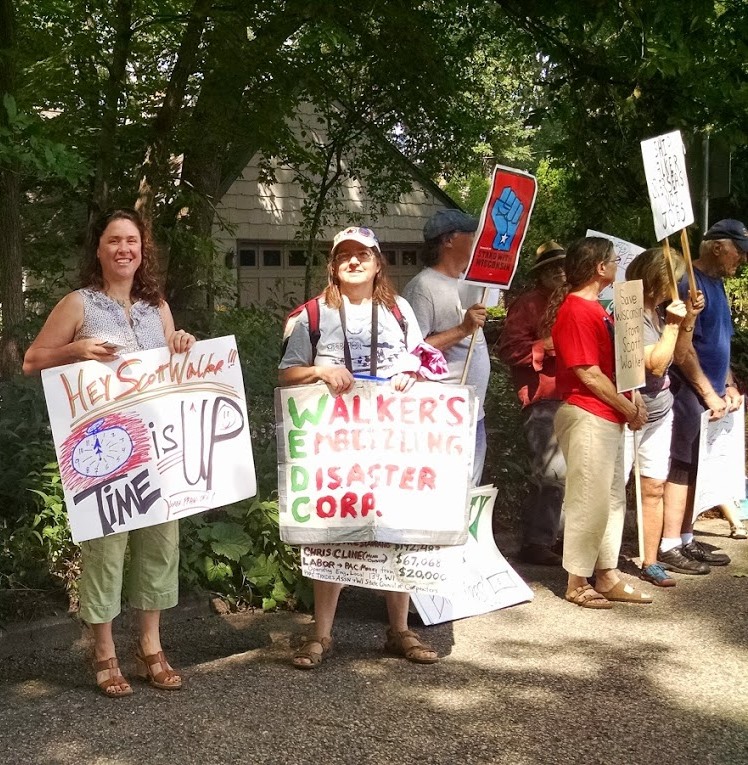 Recent media reports have exposed how Walker’s alleged efforts to garner support for his extreme political agenda violate Wisconsinites’ basic principles of fairness and honesty in the political system. The protest highlighted how Wisconsinites are sick of Walker’s shady practices while campaigning and while in office. 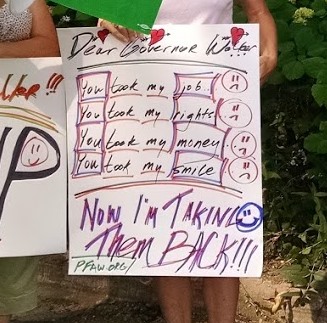 The Progressive’s Rebecca Kemble who was at the protest wrote that with “wit and creativity” PFAW members and other activists wanted to “let Walker and his supporters know what they think of the outsized influence of money in politics and of the inhumane and unjust policies that this influence buys.”