With Daniel Collins and Other Ninth Circuit Judicial Nominees, Senatorial Courtesy Has Been Replaced by Outright Disrespect 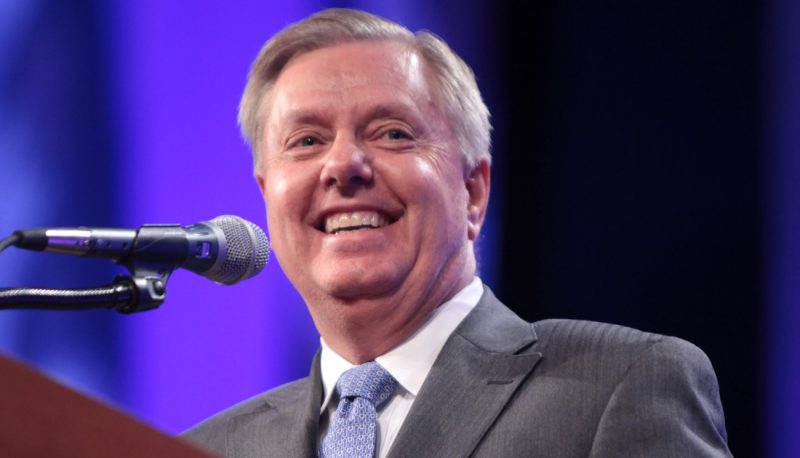 On November 13, President Trump nominated Daniel Collins of California to a seat on the U.S. Court of Appeals for the Ninth Circuit over the objection of home state Democratic senators Dianne Feinstein and Kamala Harris. Despite their objection, the Senate Judiciary Committee held Collins’ hearing on March 13 and is expected to hold his committee vote on April 4. People For the American Way wrote to committee members to express our opposition to the Collins nomination. You can download our letter here.

On behalf of our 1.5 million supporters nationwide, People For the American Way strongly opposes the nomination of Daniel Collins of California to be a judge on the Ninth Circuit Court of Appeals. Collins is part of a bloc of three nominees nominated over the objections of both home state senators. In their effort to remake the Ninth Circuit, senators are making even greater changes to the Senate itself, none of them good.

Nominating three individuals over the objections of both home state senators is certainly a sign of disrespect from the White House. But even more disrespectful is Chairman Lindsey Graham’s decision to ignore the objections of his fellow senators—of two of his fellow committee members—in order to advance the interests of the executive branch over those of the Senate in which he serves.

Senatorial courtesy has been replaced by outright disrespect.

Sens. Feinstein and Harris are right to be concerned about this nomination. Collins’ interpretation of the Constitution would remove important limitations on the power of government to imprison individuals with impunity. Writing in his personal capacity, he has sharply criticized the seminal Miranda decision, which ensures that government officials, frequently armed, cannot remove anyone’s liberty without informing them of their rights.i In many countries, such abuse of authority is the norm. But the United States Constitution has a Bill of Rights designed to empower the people.

Collins also played a role in the Bush-era U.S. Attorneys scandal. He was the Justice Department official who first recommended ending federal district court judges’ role in naming interim U.S. Attorneys. After leaving DOJ, he continued to communicate with administration officials and even proposed specific statutory language. His idea was made law by Congress in 2006 and used by the Bush administration later that same year. The attorney general fired a number of U.S. Attorneys for political reasons and tried to fill the resulting vacancies indefinitely, bypassing the Senate confirmation process. When asked about this at his hearing, Collins claimed this had never been his intent, and that the language he had proposed was not what was ultimately adopted.

In questions for the record (QFRs), Sen. Feinstein asked how the final statutory language differed from the language he had recommended. This was a simple question, but Collins chose to give the Ranking Member a meaningless, non-responsive answer:

[The provision adopted by Congress] implements a concept I had proposed, but the specific language that it uses is not identical to any of the particular alternatives for actual verbatim draft language that I had set forth in my June 2004 email responding to [DOJ official] Mr. Moschella’s email to me.ii

Sen. Feinstein then asked three critically important questions to probe more deeply into Collins’ role and motivation in the U.S. Attorney firings scandal. Collins did not have a satisfactory response.

Sen. Feinstein: At either DOJ or while in private practice, did you ever have conversations with DOJ officials in which you discussed strategies to carry out politically motivated firings of U.S. Attorneys?

Collins: No, not that I recall.

Sen. Feinstein: At either DOJ or while in private practice, did you ever have conversations with DOJ officials in which you discussed strategies to allow the Attorney General to fill U.S. Attorney vacancies indefinitely?

Collins: No, not that I recall.

Sen. Feinstein: At either DOJ or while in private practice, did you ever have conversations with DOJ officials in which you discussed strategies to bypass Senate confirmation of U.S. Attorneys?

Collins: No, not that I recall.iii

An attorney who takes seriously his oath to defend the Constitution of the United States would certainly remember conversations about such an assault on the rule of law. Such an attorney who was not involved in the administration’s scheme would respond to these questions with a confident “no.”

But Collins claims not to recall.

A lifetime seat on a powerful federal appeals court is not something to hand out lightly. No one has a right to be a circuit court judge. The burden is on the nominee to make senators confident that he or she is qualified in all respects for the position. Instead of mitigating concerns, Collins’ responses increase them.

With questions about his record and the opposition of the home state senators—both of whom are your colleagues on the Judiciary Committee—we urge you not to advance Collins’ nomination to the floor.

Trump Judge Casts Deciding Vote to Excuse Improper Police Interrogation of a Person Without Miranda Warnings After They Punched and Handcuffed Him: Confirmed Judges, Confirmed Fears