Yet Another Way Activists are Raising the Issue of Campaign Finance Reform: Photo Petition!

Participate in the photo petition at http://www.demanddemocracy.org/

Curtailing the corrupting influence of money in politics may be the most pivotal issue facing our country. Unfortunately, many people see campaign finance reform as an abstract, boring issue that doesn’t resonate with their immediate priorities. In fact, as we’ve seen as the Democracy for All amendment is debated in the Senate this week, the dangerous threat to our democracy posed by big money in politics is absolutely fundamental to every  issue Americans care about:  student loan debt, paycheck equality for women, the stagnant minimum wage, climate change and sound energy policies. By addressing the countless ways that unlimited money in our elections impedes progress, it’s not hard to show how addressing the challenge of money in politics is relevant to every American. 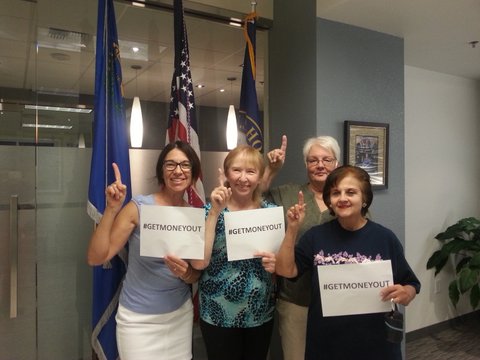 To show how money in politics affects all of us, progressive organizations including People For the American Way, Public Citizen and Rethink Media have launched a photo petition and messaging campaign to help activists all across the country show why they care about getting money out of our elections.  The goal of the One Person One Vote #GetMoneyOut photo petition is simple: to show that democracy is about equal representation – one person one vote – without special privileges granted to a few. Special interest spending in elections has disrupted the balance of one person one vote by amplifying the voices of those who can afford to spend hundreds of thousands or millions of dollars in elections. 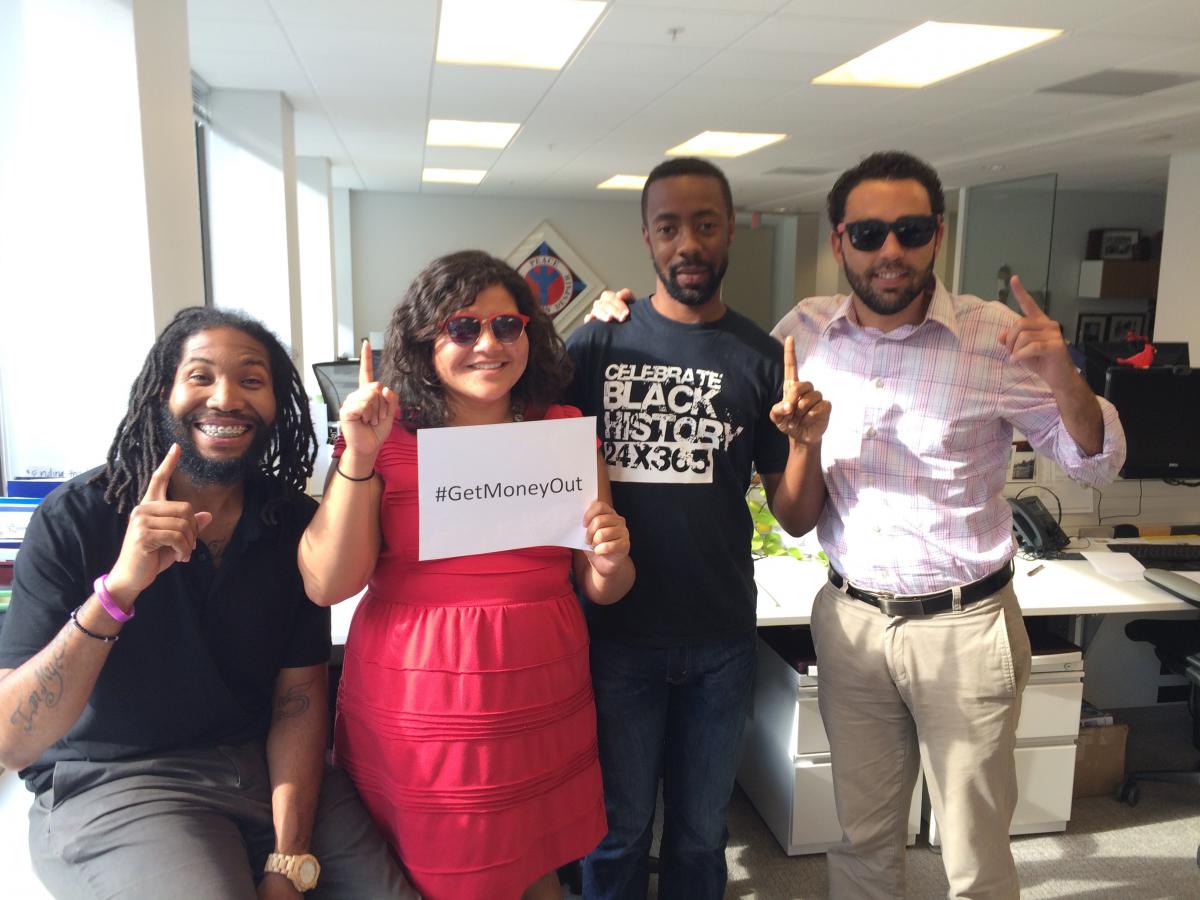 For the photo petition take a picture of yourself holding your pointer finger in the air (to represent one person one vote) while holding a sign that says #GetMoneyOut. You can be alone, or with a group. You can be in front of a Town hall, or at home in your house. We want as many pictures as possible of people, in as many places as possible, demanding the same thing… to #GetMoneyOut. If you want to get creative and incorporate additional props/signs into their photos… go for it! 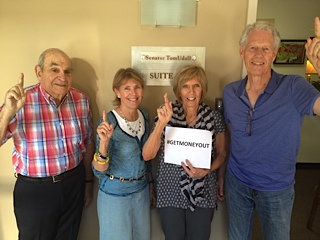 Submit your photo at DemandDemocracy.org, along with the state you’re submitting it from. By uploading these photos to one central location, we can generate a trove of images showing activists speaking out on this issue. 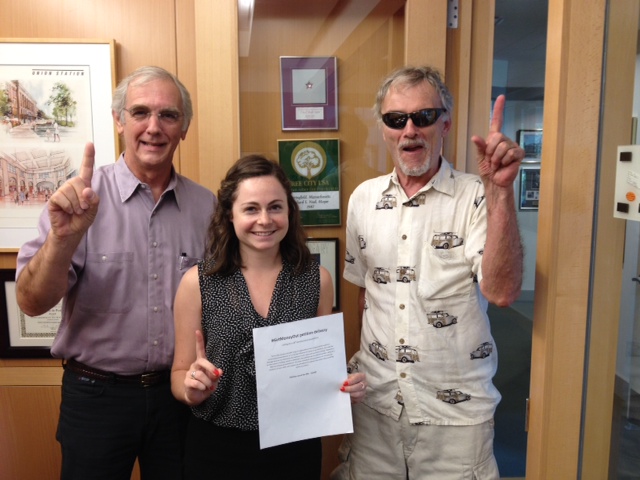 We’ll also use your photo to tweet members of Congress dozens, hundreds or thousands of pictures of their constituents demanding that they #GetMoneyOut – and standing up for the core democratic principle of One Person One Vote. Your picture can help remind our elected leaders that money in politics is ultimately about people.