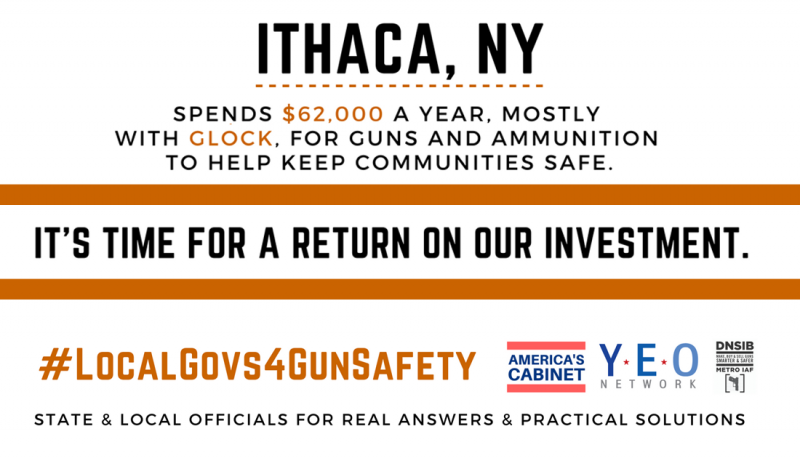 America’s Cabinet, a project of the Young Elected Officials (YEO) Network, is launching a joint action to engage gun manufacturers to prioritize responsible distribution practices and gun safety technologies. In partnership with the Do Not Stand Idly By Campaign, members of the group representing gun-purchasing local governments sent coordinated letters to firearms manufacturers with which they do business, pushing for information on the corporations’ distribution systems and gun safety technology. Their plan is to leverage the significant purchasing power of local governments, to compel gun manufacturers to meet with them and plan together how to improve safety outcomes even as Congress refuses to act.

As part of the launch of this campaign, several elected officials sent letters to gun manufacturers, along with a request for information asking the companies they do business with to provide more information on their business practices. The group pointed to a shocking statistic as a rationale for focusing efforts on gun-maker business practices: 1.2 percent of gun dealers are responsible for 60 percent of guns used for crimes.

Find links to the letters below: