Evolution and Creationism in Public Education

For decades, there has been an ongoing debate in the United States regarding how public schools can best teach about the origins and development of human beings. Teaching scientific theories on this topic without challenging the religious beliefs of many Americans is no simple task. Recently, this debate has intensified in various states and localities throughout the nation.

The current issue: whether or not to include “Creationism” in the public school curriculum as an alternative explanation to (or instead of) Evolution. The Kansas State Board of Education has taken a major policy step by voting last year to delete Evolution from its new state science standards. Other states may follow suit. In other areas, the issue surfaces in other ways. In Rochester, New York, for example, a controversy has erupted over attempts to create a publicly funded charter school that will reportedly include the teaching of creationism in its science classes. And in Tangipahoa Parish, Louisiana, the school board has just voted to ask the U.S. Supreme Court to overturn a lower court ruling that found their antievolution, pro-religion disclaimer in science textbooks to be unconstitutional. Perhaps not since the Scopes Monkey Trial of the 1920s has so much public attention been paid to this issue.

What does the American public think about this? People For the American Way Foundation commissioned DYG, Inc. to fully explore public opinion regarding this debate.

A representative, national survey of 1,500 Americans was conducted by telephone for this study. The interviews were conducted from November 3 to 12, 1999. Each interview lasted about 15 minutes, and was devoted exclusively to this issue. A follow-up telephone interview of a subset of initial respondents was conducted in mid December.

An RDD (Random-Digit-Dial) sampling methodology was utilized to ensure that the results are projectable to the American public as a whole. Sampling error for a sample of this size is ± 2.6% at the 95% confidence interval.

The main findings of this study can be summed up as follows:

Evolution is compatible with a belief in God:

Need for a national approach:

A majority of Americans disapprove of the 1999 Kansas B.O.E. decision:

Context for Understanding the Main Findings

In the study, we probed the public’s thinking about this issue beyond what may be thought of as the main “headline” findings. The survey reveals the following context that should be kept in mind when thinking about public opinion on this issue.

The public has only limited familiarity with the issues involved. While it is clear that Americans are unequivocal about the views outlined above, it is also clear that their knowledge about Evolution and Creationism is neither deep nor detailed.

Americans are also unclear about precisely what the Theory of Evolution really is. Although just about all Americans have heard of Evolution, fewer than half say they are very familiar with it. Further, roughly one in three hold an incorrect definition of Evolution (believe Evolution states humans evolved directly from apes).

Many Americans are also unclear about Evolution’s scientific status. Although most Americans want Evolution to be taught in the public schools, most are not sure that the theory, as they understand it, is fully accurate or proven. Americans who lack a college education show the least certainty about Evolution.

As a result of the public’s lack of deep and detailed knowledge of these issues, their views about how exactly public schools should approach them (the specifics of what should be taught in the classroom) are not fully formed.

A second important contextual point is what we term the “post-modernist” influence. For about a third of Americans, their fundamentalist religious beliefs drive their support for including Creationism in the public school curriculum. However, for most Americans who would like to see some mention of God or a Divine role in the development of humans, along with the teaching of Evolution, it is not primarily religion behind their opinions. It is much more of what can be called a Post Modernist perspective (a “Hey, you never know” mentality). This perspective is characterized by a wide tolerance for many different beliefs, since no single belief is seen as the final and complete answer to any issue. Also, many parents want their children to be exposed to a wide range of views. Their reasoning is, “our kids should be given enough information so, when they grow up, they can make up their own minds.”

More information on all of these points, along with the supporting survey evidence, can be found in the main body of this report. 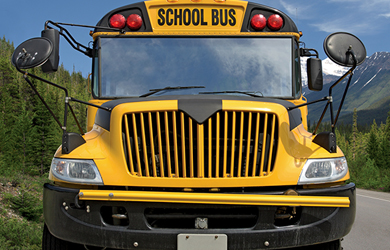 The Perils of Teaching About the Bible in Public Schools