The Agenda of National School Choice Week: Don't Be Blinded by the Bright Yellow Scarves - People For the American Way
Skip to main content

The Agenda of National School Choice Week: Don’t Be Blinded by the Bright Yellow Scarves

What is National School Choice Week?

National School Choice Week is a massive public relations campaign featuring rallies and other public events to promote the idea that parents and students benefit from maximizing “school choice” options. The week is backed by right-wing foundations and think tanks that support a range of efforts to divert funding from public schools. NSCW officials have announced that more than 16,000 events will take place around the country on January 24-30, 2016.

NSCW encourages administrators of private and charter schools, as well as teachers, parents, and homeschoolers, to organize “positive” and “uplifting” local events, sometimes with the backing of state-level think tanks, advocacy groups, and local chambers of commerce. NCSW provides event organizers with free kits that include printed posters, the group’s trademark bright yellow scarves, and other promotional material — and does media outreach. NCSW seeks to create a media-friendly, celebratory atmosphere at its events; it encourages participants to film themselves performing this year’s official NCSW dance — which they can learn by watching an instructional video.

What Does NCSW Mean by ‘School Choice’?

National School Choice Week is deliberately designed to blur important differences in educational policies that fall under a broad label like “school choice.” It’s entirely possible to support some kinds of school choice — like a school district creating magnet schools with curricula designed to emphasize different areas of study — and be opposed to others — like siphoning public education funds into unaccountable religious academies or fly-by-night cyberschools through vouchers or tuition tax credit schemes.

But National School Choice Week wants everyone to be so busy cheering and dancing for the broad concept of giving parents and students educational options that they don’t stop to think about these distinctions. That means destructive policies designed to undermine public education get the benefit of the same public relations push as others. In their own words, “The goal of National School Choice Week is not to place importance or focus on one type of environment over another, but to talk about school choice in a broad and inclusive way.”

Here’s one rationale: Polling has consistently shown that the public is opposed to school voucher programs, which divert public education funds to private and religious schools. But NCSW last January touted a poll commissioned by an “educational choice” group showing 69 percent support for the concept of school choice. The poll found majority support for vouchers when they were described as “opportunity scholarships.”

People For the American Way President Michael Keegan addressed this issue in a 2015 article for Huffington Post:

Does “school choice” mean a school district creating magnet schools focused on science or the arts? Does it mean charter schools that are held to the same standards and accountability as traditional public schools? Does it mean creating tax schemes to funnel cash away from public coffers and into religious academies or for-profit cyber schools? Does it mean dismantling public education altogether and leaving schoolchildren to the tender mercies of the marketplace?

“School choice” can mean all those things, which is why it’s not by itself a very useful term for debating policy choices. But it can be a very useful term for those whose agenda for public education lies on the more unsavory end of the spectrum. Some efforts that go under the label of “education reform” or “school choice” are clearly designed to strengthen our public education system so that it can better provide students with a quality education. But others are really mechanisms for diverting tax dollars to fund religious indoctrination, turning schools into corporate profit centers, or defunding public education. Covering them all under the “school choice” blanket lets the former provide cover for the latter.

Who is Behind National School Choice Week?

NCSW’s website says it is independent, nonpolitical, nonpartisan, and not a subset of any other organization. Although NSCW calls itself “the world’s largest celebration of opportunity in education,” it does not have independent status as a 501(c)(3) organization and provides no financial information on its website. NSCW says that individual events are independently organized and funded. A spokesperson said the group’s operational budget is covered by “private philanthropic foundations” but did not provide any details.

NCSW declares that it has no legislative agenda, but many of its backers have very clear political and policy agendas, and have provided the financial and political muscle behind the push for state legislation promoting school vouchers, tuition tax credit schemes, and efforts to expand the diversion of public education dollars into private schools, charter schools, online academies, and even to homeschoolers. Among its backers are the groups that successfully pushed legislation that passed on a party-line vote in Nevada last year to voucherize all public education funds in the state. Its January 29 rally and march at Arizona’s capitol will honor lawmakers who have pushed school choice proposals.

NCSW’s dozens of partner organizations include many anti-regulation, anti-union, pro-privatization foundations and think tanks. Among them:

Some of the organizations that appear on NCSW’s partners list can also be found on the list of supporters of the Alliance for the Separation of School and State, whose proclamation reads, “I proclaim publicly that I favor ending government involvement in education.”

Also listed as a partner is political operative Dick Morris. Media Matters reported in 2012 that the Gleason Family Foundation, a major funder of NCSW, had paid at least $180,000 in marketing fees to a consulting firm registered to Morris’s wife and co-author.

Maximizing School Choice or Strengthening Schools For Everyone?

Advocates for “school choice” promote the idea that turning schools over to private management, or creating “free-market competition” to public schools is a surefire way to improve student learning. But the evidence indicates that neither privatization nor expansion of school choice is a magic bullet, and that reality of school choice often doesn’t match up with promises made to parents, students, and taxpayers.

The Lawyers Committee for Civil Rights Under Law said in response to NSCW in 2013, “The nation’s public school system was created as the great equalizer. Yet, applying a business model based on competition and profit-seeking to our schools leads to inequitable outcomes for students, which is antithetical to the concept of ‘equitable educational opportunity.’” There is also evidence that some charter school and other school choice programs are creating schools that are more racially and economically segregated.

Not all choice is equal. Voucher schemes, which allow taxpayer dollars to be diverted to private academies and religious schools, “usually allow participating private schools to reject students based on numerous factors, including economic status, gender, religion, academic achievement, sexual orientation, and even disability,” according to Amanda Karhuse of the National Association of Secondary School Principals.

Unfortunately, the idea behind the charter school movement has been turned on its head. The founding philosophy was to create laboratories that would free teachers to be creative and identify promising approaches to teaching that could be used to improve the public school system. But now many charter proponents see themselves not as a complement to public education but as competitors.

Charter schools, like traditional public schools, are a mixed bag. Some charter schools do a good job educating their students, but some charters don’t do as well as traditional schools. For example, in July 2015, the Center for Research on Education Outcomes released a study of charter school effectiveness in Texas that showed charter students who are Hispanic “experience the equivalent of 14 and 22 fewer days of learning in reading and math respectively, compared to Hispanic students attending traditional public schools.” In addition, the quality of charter school accountability varies greatly leading to fraud and scandals at the expense of students and taxpayers.

As indicated by the number of deep-pocketed backers of National School Choice Week, the movement to undermine public education and promote school choice is a powerful one. But it is not invincible. In what one teacher called “a major front in the battle to preserve public schools for kids and stop privatization for profit” last November, parents and voters in outside Denver, Colorado, defeated school board members backed by the Koch brothers’ Americans for Prosperity and others.

Public Education Is a Public Good

Public education is a core democratic institution that provides millions of students with the tools they need to become full participants in our society.

Of course, not all schools are working well for all students. Educators and activists are working to identify and implement reforms that support teachers, parents, families, and students in order to give every student a chance at a great education. Some kinds of school choice, like magnet schools and fully accountable public charter schools, can be part of the solution.

But robbing our public education system of urgently needed funds, and sending taxpayer money to unaccountable private and religious schools, or turning management of schools over to profit-maximizing corporations, is not in the public interest. It is in the interest of ideologues who are hostile to teachers unions and the very idea of public education, and to those who seek to profit off the billions of dollars the American people spend on education. 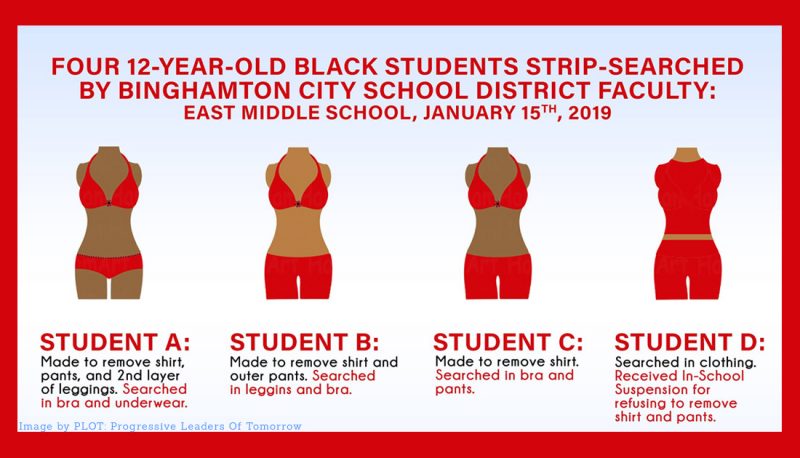 It’s Time for Racial Justice in Our Schools 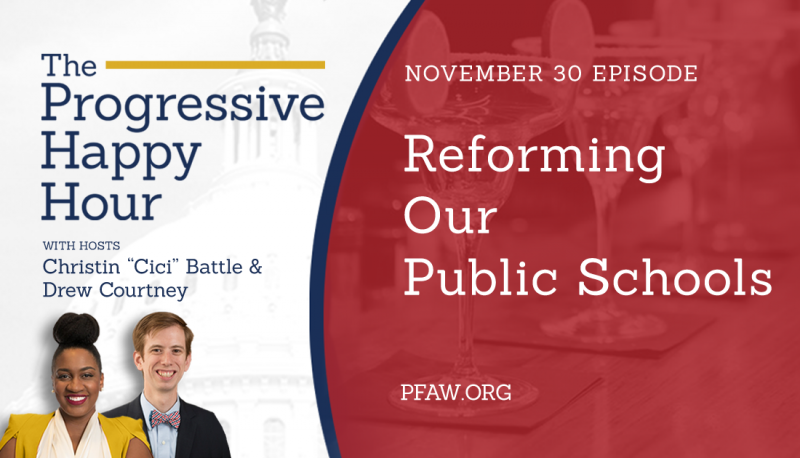