The State of the Judiciary and the Bush Legacy 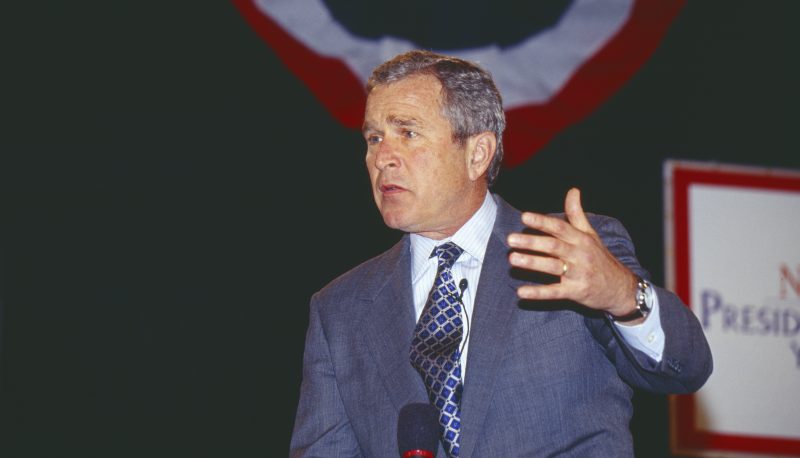 President Bush’s final State of the Union address will in part be an effort to shape the public view of his presidency. But here’s something he won’t say: a long-lasting part of his legacy will be the weakening of Americans’ rights and legal protections due to the dangerous state of the federal judiciary created by judges he has placed on the federal bench.

President Bush may actually brag about his success in placing Chief Justice John Roberts and Justice Samuel Alito on the Supreme Court. Indeed, this is one arena in which he accomplished what he set out to do. He has also populated the lower federal courts with judges of similar ilk. The result is a Supreme Court more firmly in the grip of an ideology that is undermining individual rights and the constitutional and legal principles that are supposed to protect them, and a federal judiciary that is increasingly denying ordinary Americans their day in court to challenge unlawful treatment by corporations, government agencies, and other powerful entities.

The federal judiciary’s declining commitment to protecting Americans’ liberties and access to justice is a consequence of an aggressive campaign by the Federalist Society and other right-wing strategists to transform the federal courts. With his judicial nominees over the past seven years, President Bush enthusiastically embraced that campaign, leaving a harmful legacy that will last for a generation or more.

Trouble at the Top

The damage is most visible and consequential at the Supreme Court, where Roberts and Alito have joined Justices Antonin Scalia and Clarence Thomas to form a solidly reliable right-wing voting bloc. When joined, as they often have been, by conservative Justice Anthony Kennedy, the result has been a series of destructive 5-4 rulings. During the Court’s 2006-2007 term, the first full term with Roberts and Alito on the bench, in 5-4 rulings the Court:

No Respecters of Precedent

In their confirmation hearings, both Roberts and Alito paid homage to the principle of stare decisis and their respect for precedent. But as Supreme Court Justices, they have shown a willingness to ignore or undermine precedent (as in Gonzales) or to overturn it completely (as in Bowles).

For example, the Court’s 5-4 ruling in Gonzales v. Carhart to uphold the federal abortion ban contrasted sharply with a 2000 ruling striking down a similar state ban, 5-4. Indeed, the stark discrepancy between the two rulings prompted Justice Ginsburg, in her dissent inGonzales, to suggest that the result was due solely to the change in justices: “the Court, differently composed than it was when we last considered a restrictive abortion regulation, is hardly faithful to our earlier invocations of ‘the rule of law’ and the ‘principles of stare decisis.’”

Chief Justice Roberts and Justice Alito have also indicated a willingness to close the courthouse doors and deny access to justice to ordinary Americans, a harmful judicial ideology that we have seen among many of President Bush’s federal appellate court nominees as well. In fact, the Court’s trend in this area was so pronounced last term that Professor Judith Resnik of Yale Law School proposed labeling the term: “the year they closed the courts.”

Efforts to push the judiciary to the right did not begin with the Bush Administration. The successful campaigns to win confirmation for John Roberts and Samuel Alito were a continuation, and in some ways a culmination, of a decades-long effort that had already begun to bear fruit. In a December 12, 2007 article in The American Prospect, attorney Simon Lazarus documented that “the conservative-activist threat to judicially repeal the economic protections that Congress and state legislatures have enacted since the New Deal” made significant strides under the Rehnquist Court, leaving Americans with fewer legal protections, and fewer legal remedies. Thanks to President Bush, Americans now have a Roberts Court that is continuing this destructive work.

The damage to individual rights and legal protections is not only happening at the Supreme Court, but throughout the federal judiciary. On the crucial federal appellate courts, effectively the courts of last resort for most Americans, Republican-nominated judges outnumber those nominated by a Democratic president 98 to 67. Only two of the 13 circuits have a majority of active judges who were nominated by a Democratic president, while nine circuits have a majority — in one case a supermajority of more than 80 percent — of Republican nominees. Of course, not all judges share the ideology of the nominating president or his party, but it is clear that many of the Bush nominees are ruling or, in dissent seeking to rule, in ways that confirm the fears that have been raised about many of the President’s judicial nominees. (See PFAW Foundation’s “Confirmed Judges, Confirmed Fears“.)

The record of President Bush’s confirmed nominees who sit on the federal appellate courts indicates that the President has fallen far short in keeping his promise to appoint judges who will interpret the law, not make it. In many cases with divided rulings in the significant areas of concern raised about this Administration’s nominees, appellate judges nominated by President Bush have written or joined opinions seeking to significantly limit congressional authority and the protection of individual rights. Opinions seek, sometimes successfully, to cut back broadly on Americans’ rights under our Constitution and laws. Bush-nominated appellate judges have written or joined opinions that:

Bush-nominated judges are also preventing, or advocating in dissent to prevent, individual Americans from having their day in court and presenting their claims to a jury. In a number of cases, Bush judges have been specifically criticized by their colleagues for improperly applying the summary judgment standard and denying plaintiffs their day in court despite the existence of important evidence supporting their claims, or for other reasons have tried to throw such cases out of court. Bush-nominated appeals court judges have written or joined opinions that have sought to:

While President Bush may use his State of the Union address to repeat a false but familiar complaint from his White House — that his judicial nominees have not been treated fairly in the U.S. Senate — in fact, nearly 300 Bush nominees have been confirmed to the federal courts.

Moreover, it is the Administration itself that is preventing the confirmation of additional judges by failing to consult with the Senate and by refusing to put forward nominees who are able to generate bipartisan support. The Bush White House would rather generate base-activating controversy with nominees who are guaranteed to generate principled opposition in the Senate. Recently, Virginia’s two U.S. senators, Republican John Warner and Democrat James Webb, jointly submitted to the White House a list of recommended nominees to the U.S. Court of Appeals for the Fourth Circuit. President Bush spurned that bipartisan overture, and instead nominated E. Duncan Getchell Jr., who was not on the Senators’ list. Getchell recently withdrew his name from consideration.

Sen. Ken Salazar, a Colorado Democrat who was part of the so-called “Gang of 14” that prevented Republican leaders from deploying “the nuclear option” in 2005, said this month that the White House has failed to consult with him on nominees to the federal district court in Denver. Salazar referred to language in that group’s agreement encouraging the White House to engage in genuine consultation on nominees, as the Constitution itself requires. But the Bush Administration has always preferred to use controversial nominees to provoke political confrontation. Under longstanding Senate tradition, controversial judicial nominees are unlikely to advance in a presidential election year.

The dangerous state of the Supreme Court and much of the federal judiciary calls for renewed attention to the important role that judges play in our constitutional system, and to the appropriate qualifications for nominees to these powerful lifetime positions. It should not be enough that a nominee is smart, had a good education, and has legal experience. As more than 200 law professors wrote to the Senate Judiciary Committee in July 2001, nominees must demonstrate not only an “exemplary record in the law,” but also a “commitment to protecting the rights of ordinary Americans,” and a “record of commitment to the progress made on civil rights, women’s rights, and individual liberties.” Unfortunately, many of the judges placed on the federal bench by President Bush lack those essential commitments, and Americans will pay the price for years to come.