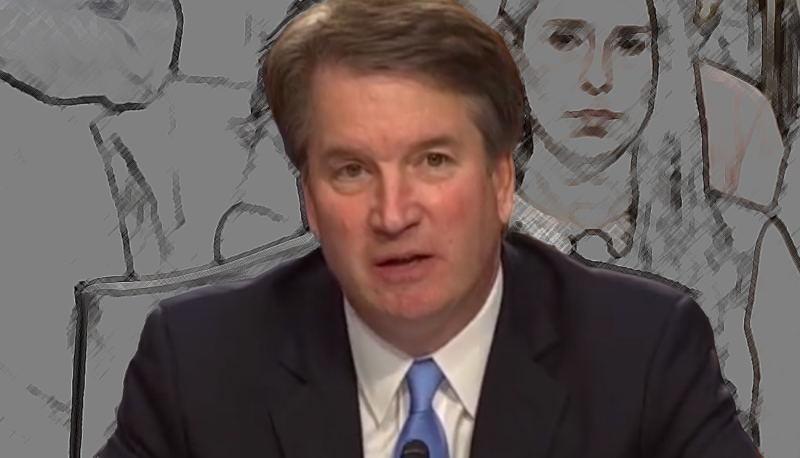 Since the opening day of his confirmation hearing, Supreme Court nominee Brett Kavanaugh has been exposed as having misled and even lied to the Judiciary Committee on multiple occasions. In a democracy governed by the rule of law, lying under oath to a congressional committee cannot be ignored. Therefore, on September 12, People For the American Way filed a formal ethics complaint against Kavanaugh with the District of Columbia Bar’s Board on Professional Responsibility.

We focused on his false and misleading testimony regarding stolen documents and his knowledge of the Bush administration’s warrantless surveillance. Each incident constituted a violation of Rule 8.4(c) of the D.C. Rules of Professional Conduct: “It is professional misconduct for a lawyer to … engage in conduct involving dishonesty, fraud, deceit, or misrepresentation.”

Newly uncovered emails show that Kavanaugh lied under oath in both 2004 and 2006 when he testified that he had never seen material even referring to documents stolen from committee Democrats’ confidential computer files. In fact, a Republican staff member named Manuel Miranda had on multiple occasions sent Kavanaugh highly sensitive information about Democratic staff’s private strategy conversations, meetings, and even a draft statement one of the Democrats planned to read during an upcoming committee meeting. One of the examples cited in the complaint is an email dated July 28, 2002:

I would ask that no action be taken by any of your offices on this for now except as I request. It is important that it be confidential to the recipients of this email and up your chains of authority only. As I mentioned on Friday, Senator Leahy?s staff has distributed a ?confidential? letter to Dem Counsel on Thursday from Collyn Peddie, who served as the attorney for ?Jane Doe? in some or several of the Texas bypass cases. According to either the letter or the Leahy staff Ms. Peddie sent this letter in the strictest confidence because she is up for partner, and believes she will be fired if it is publicized. Several members of her firm are lead supporters of the Owen nomination. Leahy?s staff is only sharing with Democratic counsels.

In addition, the complaint points out that Kavanaugh’s September 2018 testimony defending his previous responses was itself an additional violation of the D.C. Bar’s ethics rules. He claimed that when he’d received the emails, he’d had no reason to suspect the information had been obtained illicitly because committee staff often share information with each other across the aisle. As the complaint notes:

This testimony is simply not credible. Kavanaugh was working for the White House as a high-level attorney in an area of intense antagonism between Republicans and Democrats. Kavanaugh and other Republicans were working their hardest to get nominees confirmed to lifetime positions on circuit courts, and Democrats were working as intensely as they could to defeat those nominations. While Democratic and Republican staffers certainly had some communications, it was unsupported and false for Kavanaugh to suggest that the detailed, private, and strategic information he was receiving from Manuel Miranda had simply been shared by the Democratic side of the committee as part of common information-sharing.

Our complaint also cites Kavanaugh’s misleading statements in 2006 about his knowledge of warrantless surveillance by the Bush administration.

Kavanaugh’s false and misleading testimony strengthens the stereotype of members of the legal profession as being untrustworthy to the disrepute of attorneys and the D.C. Bar.