Democracy For All Amendment Builds Support in the House 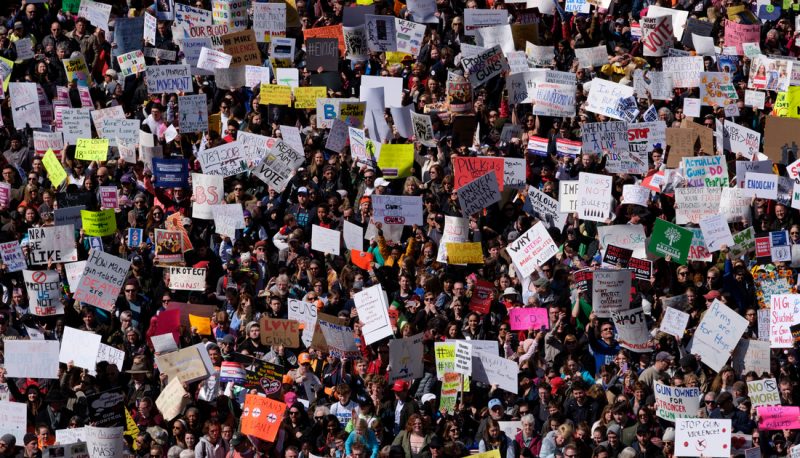 For the People Act Introduced in the Senate

Following the historic passage of the For the People Act (H.R. 1), the most extensive and powerful set of pro-democracy reforms to pass the House in decades, People For the American Way and our allies are working to build support for stand-alone reforms that are key to fixing our democracy and creating a political system that works for everyone.

One campaign finance reform that is particularly critical to addressing the influence of big money in politics is a constitutional amendment to overturn Citizens United and other related Supreme Court cases, which have allowed unlimited sums of money to be spent in our elections. The Democracy For All Amendment (H.J.Res. 2) has been introduced by Rep. Ted Deutch , D-Fla., and already has 101 cosponsors. This proposed amendment would allow Congress and the states to regulate and set limits on the raising and spending of money in our elections, as well as legally distinguish between the rights of people and corporations. It also provides the important clarification that nothing in the amendment should be construed to abridge the freedom of the press. Since the Citizens United decision in 2010, this amendment has emerged as a leading solution among reform-minded members of Congress, even getting a floor vote after a week of debate in the Senate, with 54 Senators voting in support during the 113th Congress in 2014.

Importantly, the Democracy For All Amendment also rejects the current Court’s misguided interpretation that the only basis for campaign finance regulation is to address corruption in the form of quid pro quo bribery. In fact, in addition to preventing corruption, there are multiple rationales that justify campaign finance regulation, including but not limited to: leveling the electoral playing field; advancing the fundamental principle of equality for all; and protecting the integrity of the governmental and electoral processes.

There is widespread support for an amendment to address the influence of big money in politics. Since the Citizens United ruling there have been 19 states that have gone on record in support of an amendment, in addition to nearly 800 localities. And earlier this year, through the passage of the For the People Act, the House of Representatives called for an amendment. Likewise, in the Senate, every Democrat has endorsed the H.R. 1 companion bill, which also calls for a constitutional amendment to overturn Citizens United.