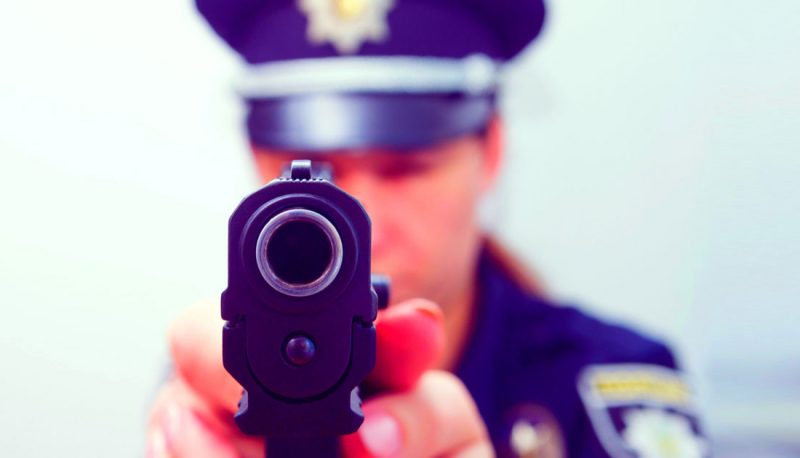 Trump 5th Circuit judges Don Willett, James Ho, Andy Oldham, and Kyle Duncan dissented from an August ruling by the full court in Cole v. Carson that a permanently injured teenager and his parents receive a trial on their claims that police officers used excessive force in shooting him. The majority that affirmed the lower court’s rejection of qualified immunity before trial included four judges appointed by President George W. Bush and even one, Kurt Engelhardt, nominated by President Trump.

Ryan Cole, a 17-year-old, was walking in a secluded area of Sachse, Texas and, during an acute suicidal moment, pointed a handgun at his own head. Despite two police officers’ statement that the situation was “under control,” two other police officers proceeded to intercept Cole and shot him “multiple” times. Cole was “incapacitated in intensive care” and suffered permanent “cognitive impairment, partial paralysis, and other serious mental and physical injuries.”

Ryan’s parents filed suit against the officers, claiming use of excessive force. Although the facts were in dispute, the district court found clear evidence that Ryan did not pose a threat to anyone else, that he was unaware of the officers’ presence and made “no threatening or provocative gesture,” and that the officers had “sufficient time” to warn Ryan and ask that he disarm himself, but did not do so. The district court denied the officers’ claims of qualified immunity before trial, ruling that this and other issues should be determined by a jury.

That ruling was affirmed by a three-judge panel of the 5th Circuit on appeal. When the officers went to the Supreme Court, it directed the 5th Circuit to reconsider the case, based on a different 5th Circuit lawsuit in which the Court had reversed a ruling that the qualified immunity issue should be decided by a jury at trial. On remand, the panel again decided that the case should go to a jury to decide.

The full 5th Circuit decided to review the case, and 11 judges agreed that it should go to trial. The Supreme Court’s earlier reversal of a different 5th Circuit case as discussed above was very different, the majority explained, because that case concerned police shooting of an armed fugitive in a car chase where the officer “reasonably perceived some threat of harm.” In contrast, the district court had found in Ryan’s case that there were “genuine factual disputes” and a “reasonable jury” could find that Ryan “did not pose” a threat to the officers when they “opened fire.” Particularly in light of Supreme Court precedent stating that deadly force is permitted “only to protect the life of the shooting officer or others” and that there should be a warning “where feasible,” the majority went on, the disputed facts in this case clearly warranted resolution by a jury.

Despite the agreement by four judges appointed by President Bush and one by President Trump with the majority decision, however, seven judges dissented, including the four other 5th Circuit judges nominated by Trump, in a number of opinions. Duncan, Ho and Oldham claimed, for example, that a reasonable officer would have perceived a threat under the circumstances of the case, but the majority pointed out that this conclusion depended on “[r]elitigating the district court’s assessment of factual disputes,” which is “not our role” but instead the function of the jury. Willett maintained that qualified immunity protects as a matter of law all officers “but the plainly incompetent or those that knowingly violate the law,” a standard that is incorrect according to Supreme Court precedent. Ho and Oldham even suggested that it would violate the “original understanding” of the Fourth Amendment to “subject … these officers to trial,” a claim unsupported even by other dissenters.

Particularly in light of the recent increases in reported episodes of some police officers’ improper and abusive behavior, it is more important than ever that officers be held accountable for their actions. In this case, there was strong evidence that police officers’ excessive force caused Ryan Cole to endure a devastating and lasting injury. But according to Trump judges Willett, Ho, Oldham, and Duncan, they should not even be brought to trial.