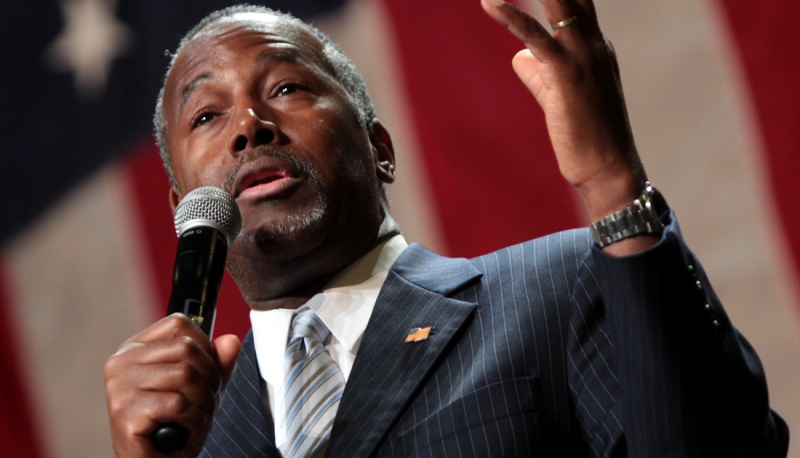 On March 5, Secretary Ben Carson and the Department of Housing and Urban Development made one thing clear: after a half century of enforcing the Fair Housing Act, HUD is no longer in the fair housing business. Carson thinks that it’s “a bit wordy” for HUD’s mission statement to affirm “inclusive” communities and “communities free from discrimination.” Carson is wrong. He fails to recognize how much words really do matter.

Civil rights and fair housing advocates know this to be true. In a March 8 letter to Carson, more than 570 national, state, and local organizations, including People For the American Way and PFAW’s African American Ministers In Action, wrote:

As the federal agency appointed by Congress to enforce the Fair Housing Act, HUD should use all of its authority and resources to eradicate housing discrimination and promote healthy, safe, and inclusive neighborhoods that are full of the opportunities that help people thrive. Eliminating any reference in HUD’s mission statement to the agency’s role in ensuring that communities across the nation are free from discrimination suggests that you do not see this as an important part of HUD’s mission. We sincerely hope this is not the case and that you will take immediate steps to correct this unfortunate impression.

The concerns that PFAW, AAMIA, and many others have raised are not, as Carson called them, “nonsense.” As Jen Herrick, senior policy analyst at PFAW, wrote this week in an op-ed in The Advocate:

Unfortunately, HUD had already called into question whether decades of hard-fought housing protections for marginalized communities would continue to be a priority in the Trump era. It kicked off 2018 by delaying an Obama-era rule that conditions federal housing dollars on communities committing to analyze and address racial inequality. HUD has also turned a blind eye to anti-LGBTQ discrimination, having removed online training materials that help ensure shelter access for homeless people who are transgender and pulled out of research on LGBTQ homelessness.

Nor are they isolated. Herrick goes on to detail how censorship has spread throughout Trump’s “fake news” administration—from HUD, to the Department of Justice, Department of Education, State Department, Centers for Disease Control and Prevention, and more. Herrick notes in The Advocate:

The examples are limitless: Climate science censorship at the Environmental Protection Agency. Removal of the phrase “nation of immigrants” from the mission statement of U.S. Citizenship and Immigration Services. The Department of Health and Human Services withholding comments critical of its religious refusals policy. HHS and the State Department talking about “sexual risk avoidance” (a.k.a. abstinence only) instead of comprehensive sexual health. The Trump administration’s censorship pattern is clear and getting even clearer every day.

Read Herrick’s full op-ed about the Trump administration’s willingness to substitute its radical agenda for the truth.