On August 28, 2021, People For the American Way members around the country marched for voting rights on the 58th anniversary of the original March for Jobs and Freedom – the march at which Martin Luther King Jr. gave his infamous “I Have a Dream” speech, accompanied by then-23-year-old John Lewis as the event’s youngest speaker.

In 1963, King’s speech galvanized a national audience to join the fight for civil rights. In 2021, we are faced with the biggest threat to voting rights since the civil rights era – and so we took the fight to cities across the country, with dozens of sister marches to raise awareness of how vital it is that the Senate end the filibuster in order to pass the For the People Act (H.R. 1/S. 1) and the John Lewis Voting Rights Advancement Act (H.R. 4).

In Atlanta, People For President Ben Jealous gave an impassioned speech imploring President Biden to recognize the history of voting rights in this country:

This morning I spoke at the #MarchOnforVotingRights in Atlanta about abolishing the filibuster, passing voting rights legislation, and saving our democracy. We cannot afford not to act and we need @JoeBiden to get on board. Let’s get this done. pic.twitter.com/TevDXGN2Ym

Young Elected Officials Network member Bee Nguyen also spoke in Atlanta about how protecting the vote is every person’s responsibility.

People For’s staff and members marched with the Washington, D.C. group from Black Lives Matter Plaza to the rally site on the National Mall, accompanied by music and chanting. Protesting is as serious as it can be joyful; the thousands of people who marched through the capital’s streets walked through the echoes of history that day, in the footsteps of icons like Rep. John Lewis who fought these battles long before us and whose batons we have picked up to keep fighting. 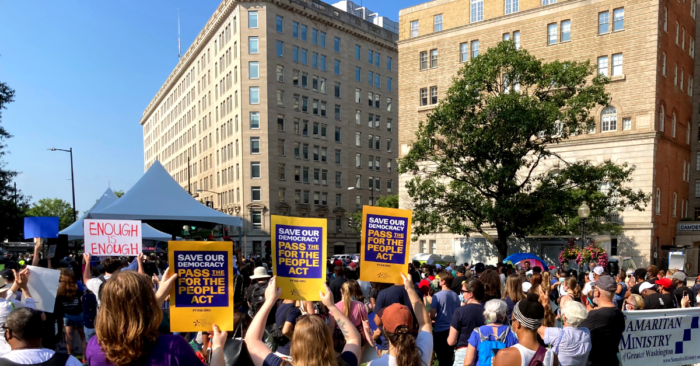 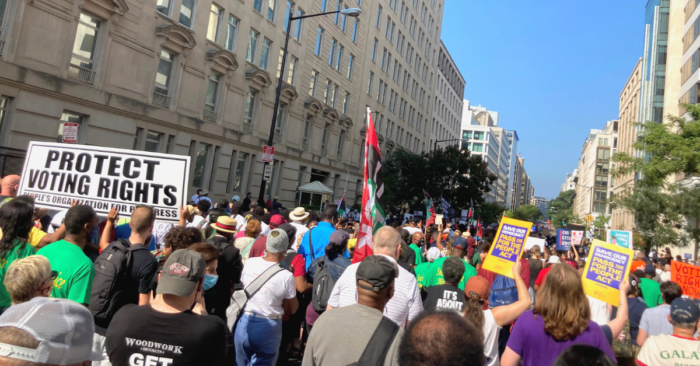 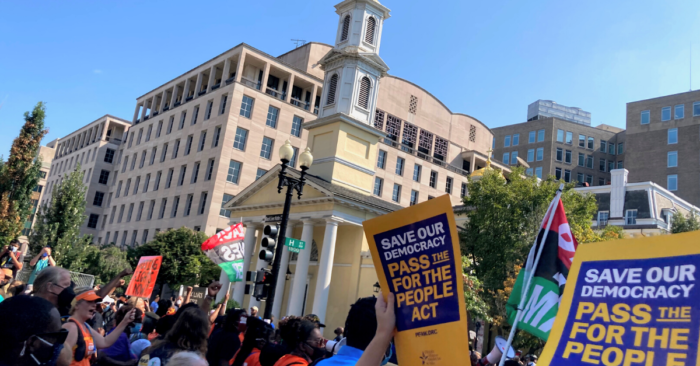 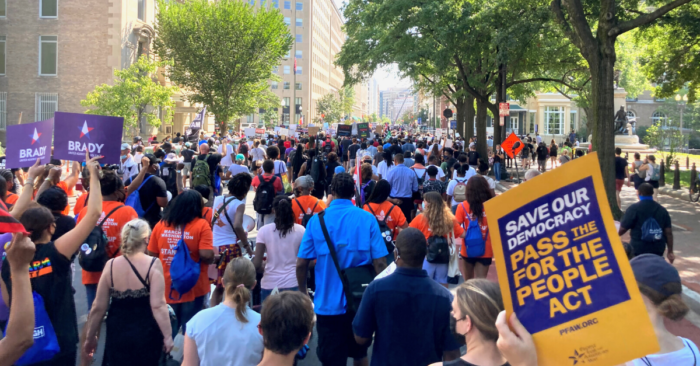 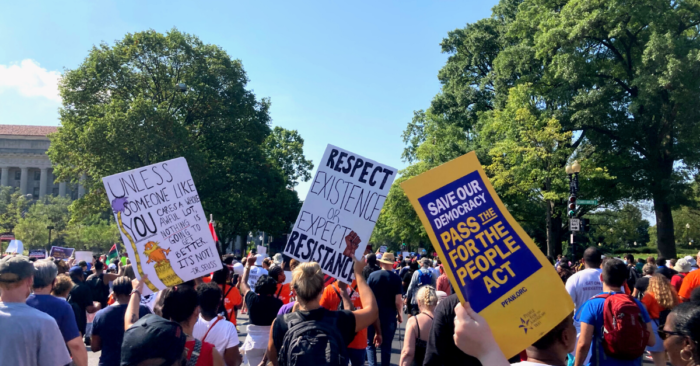 You can watch the full stream of the D.C. rally here: