People For the American Way members joined hundreds of protestors in Dallas this week to speak out against the right-wing extremism and corruptive influence of the American Legislative Executive Council – better known as ALEC.

ALEC was in Dallas for its annual meeting, where the group held workshops and task force meetings on how to further unite corporate special interests and far-right legislators to push their anti-education, anti-voter, anti-environment, anti-worker agenda.

But several hundred PFAW members and other progressive activists turned out for a rally to call attention to ALEC’s role in writing some of the nation’s worst pro-corporate, right-wing legislation 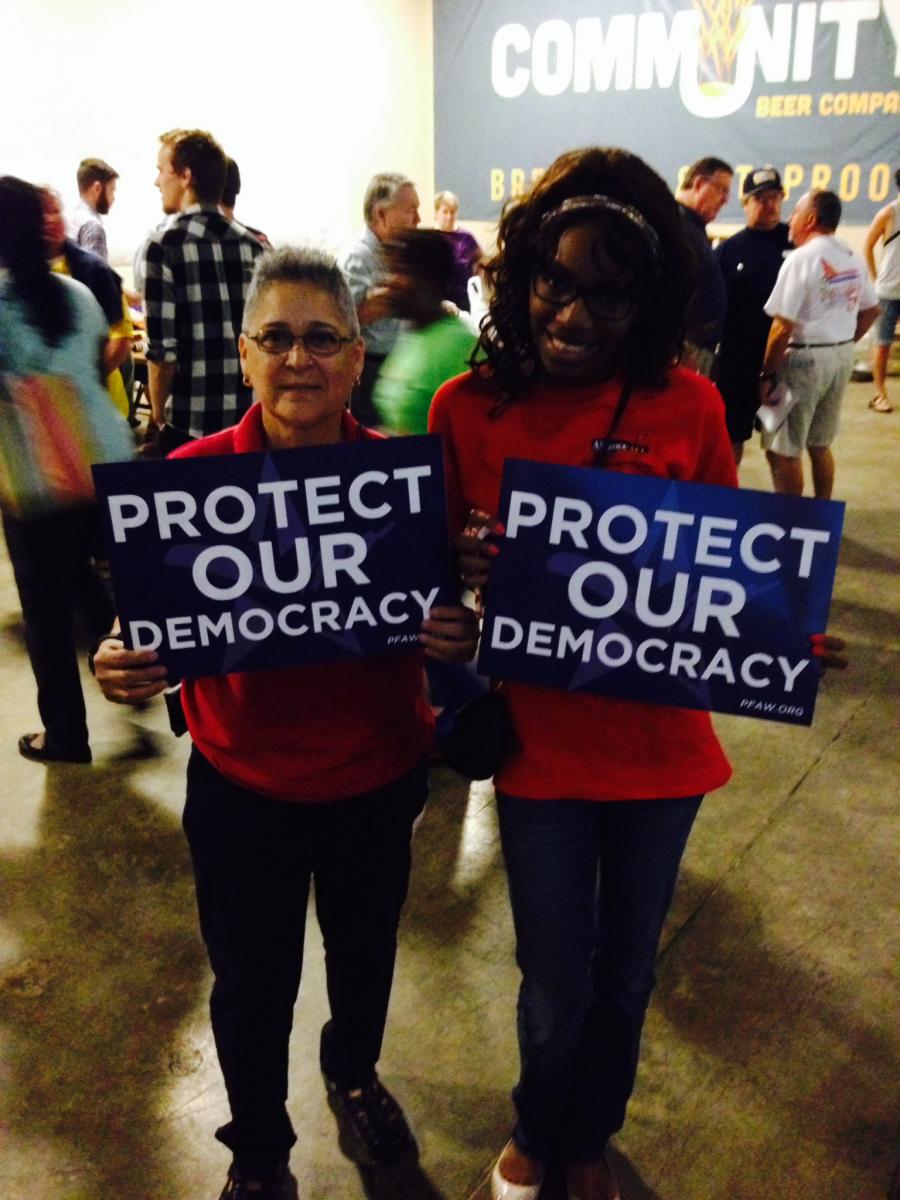 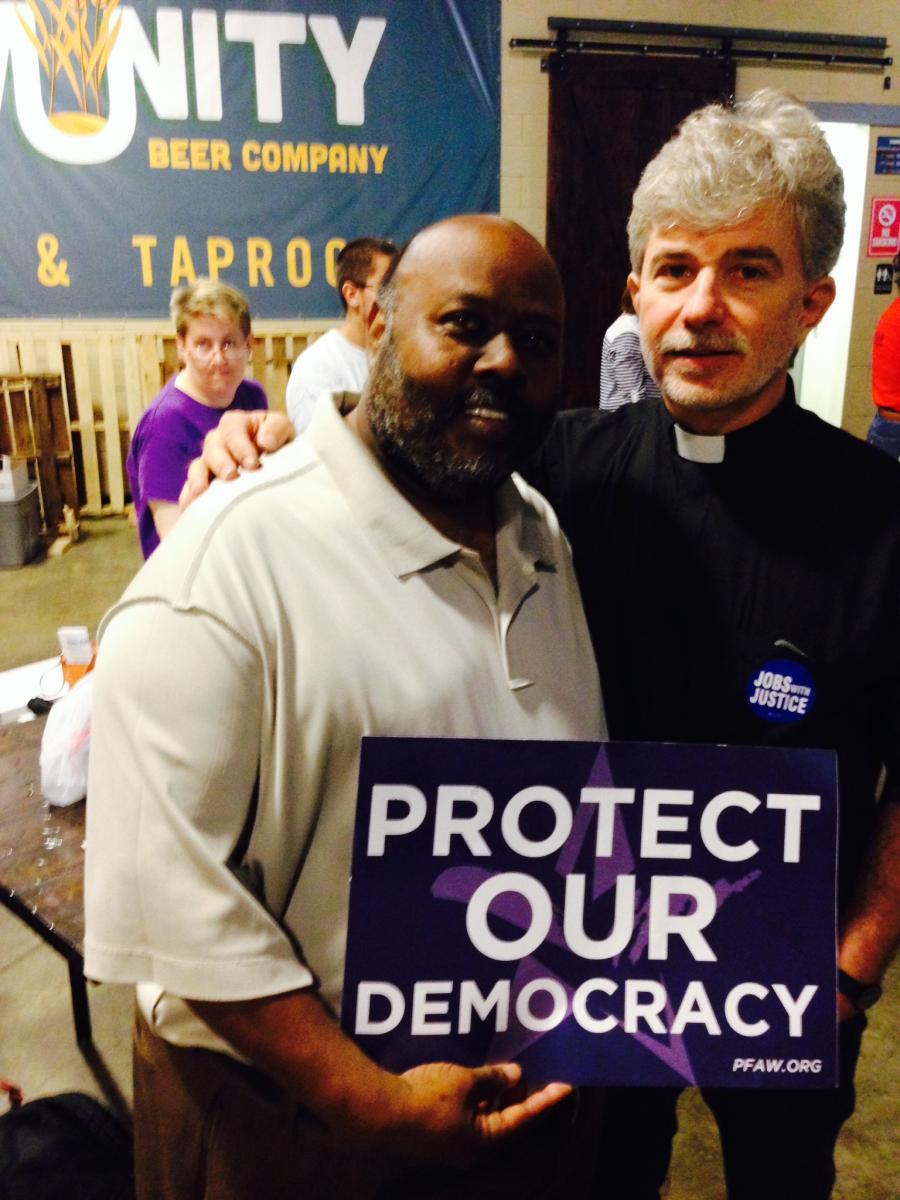 Rev. Charles Stovall, a member of People For the American Way Foundation's African American Ministers Leadership Council, was in attendance at the rally.

After the rally, over a hundred activists stayed for a panel discussion on how to fight back against ALEC’s corruptive influence, held at Dallas’s Community Brewery.

This isn’t the first time PFAW members have rallied against ALEC’s shady backroom dealings with far-right legislators. In May, PFAW members joined the protest outside of ALEC’s Spring Task Force Summit in Kansas City, and last summer over 3,000 people – including many PFAW members – turned out in Chicago to protest ALEC’s annual meeting.

To date, nearly 150,000 PFAW activists have signed petitions and taken other actions to put pressure on consumer brand companies to cut ties with ALEC, and more than 87,000 have joined our petition to state legislators telling them to say no to ALEC. PFAW and our affiliate PFAW Foundation have long been committed to standing up to ALEC’s extreme agenda. Read PFAW Foundation’s report, “ALEC: The Voice of Corporate Special Interests” for more information on how ALEC sells out citizens’ best interests to the highest bidder.